I am running command as npm list and I get below mentioned list as my dependencies and I want to know what is meaning of deduped please let me know meaning of this. 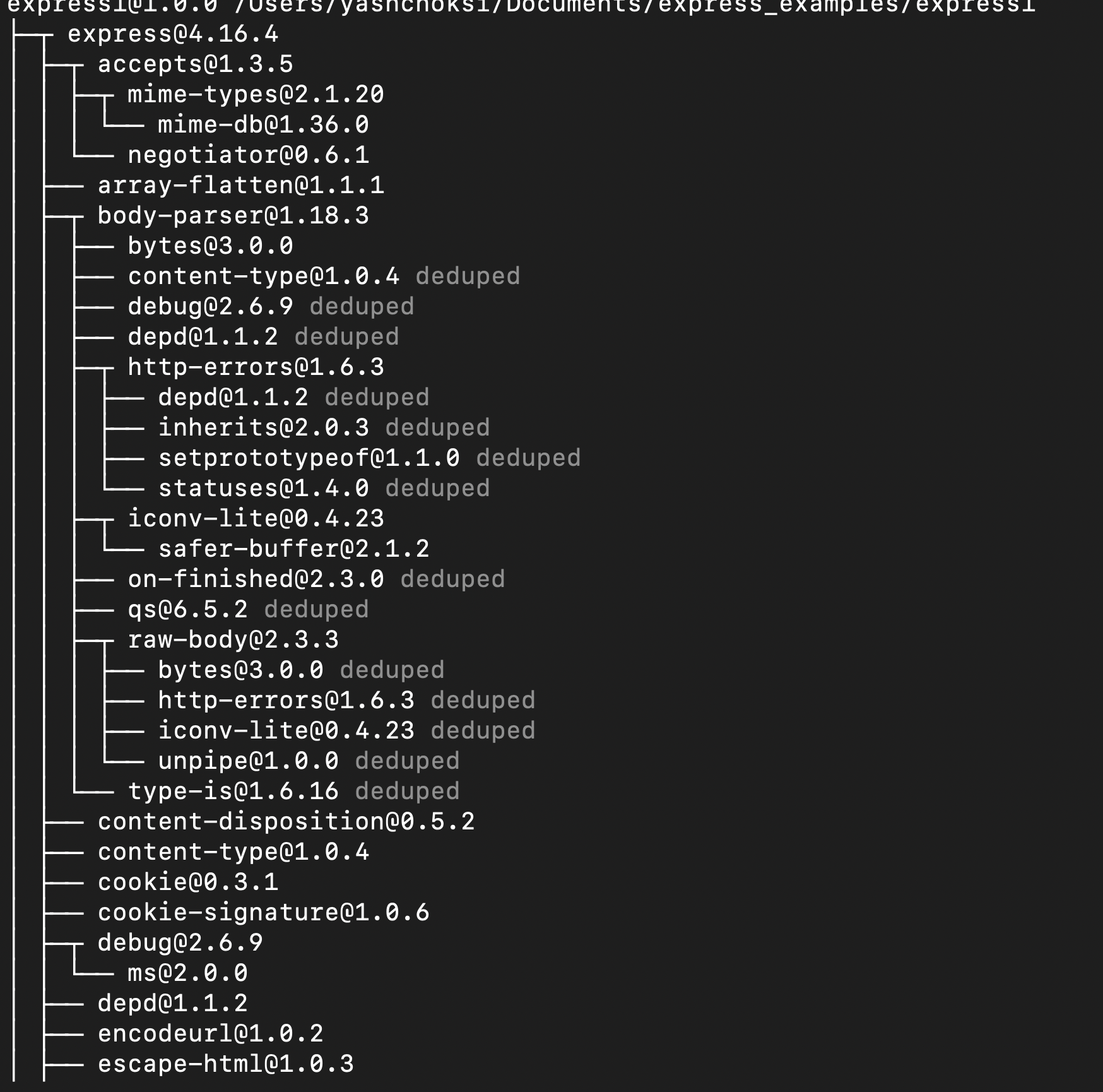 deduped is short for "deduplicated" (duplicates were removed). The documentation for npm dedupe explains how npm does this:

Searches the local package tree and attempts to simplify the overall structure by moving dependencies further up the tree, where they can be more effectively shared by multiple dependent packages.

The same package is referenced, so it doesn't have to be installed twice.

Also, it moves the packages "up the tree" (flattens the tree). This makes total sense as otherwise one package would have to look in the node_modules of some other package (which would be kind of messy) and helps to simplify the dependencies.

You can validate this, as every package in your dependency graph that says deduped, can be found at least one more time in the graph, usually at a higher level.

In the screenshot you posted content-type@1.0.4 is a dependency of body-parser. A bit further down, it's also listed as a direct dependency of express one level higher.

0
NPM: How packages are de-duped?

2197
How to decide when to use Node.js?
2102
Find the version of an installed npm package
1017
How to uninstall npm modules in node js?
1923
How do I update each dependency in package.json to the latest version?
569
How to list npm user-installed packages?
1745
What is the difference between Bower and npm?
1928
What's the difference between dependencies, devDependencies and peerDependencies in npm package.json file?
1880
What is the --save option for npm install?
1840
NPM vs. Bower vs. Browserify vs. Gulp vs. Grunt vs. Webpack
572
Why does “npm install” rewrite package-lock.json?