How to run docker-compose on AWS CodeBuild?

I'm trying to setup automated Rails tests on AWS CodeBuild using docker-compose, but it errors out.

Presumably I need to install docker and start the service, but that would be running Docker inside Docker and would require the build server to be started with privileged permission. Only examples I can see are for building Docker images, but I'm just trying to use it to setup the environment to run the test in.

Thanks to @mferre for answering this. Docker-compose is indeed completely supported without doing anything special. The key is to choose a Docker image in the "environment" section when setting up inside AWS CodeBuild console (or same via the API): 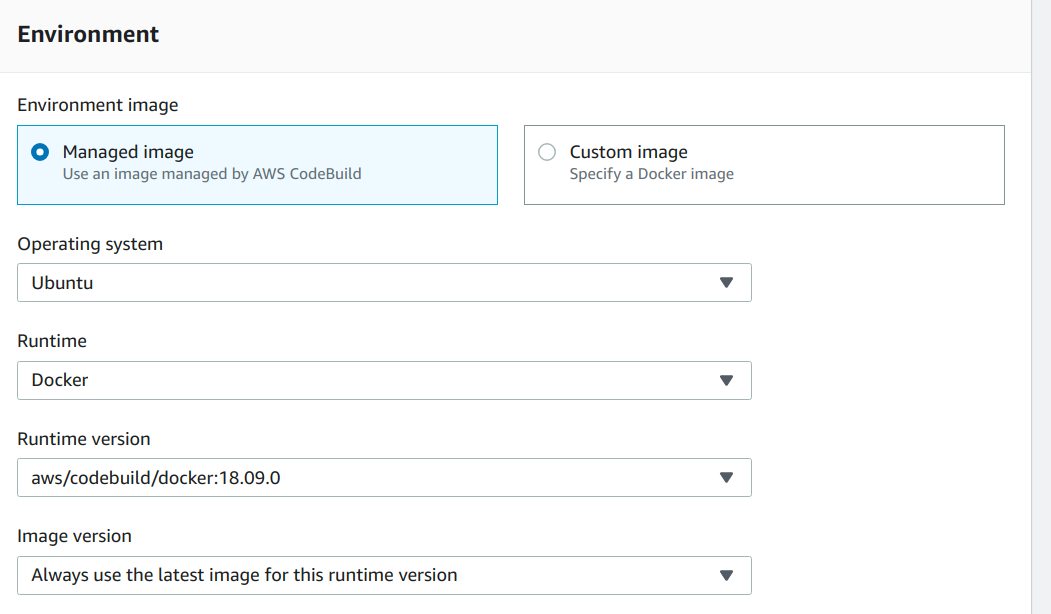 Or can also be specified for an existing project - from Build / Build Projects, select the project, and Environments from the Edit menu. This lets you specify the image: 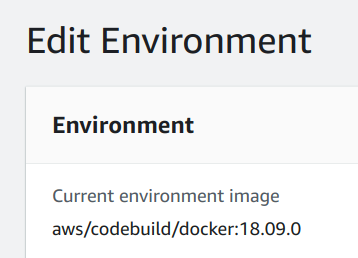 You could use any other image and script the Docker setup in buildspec.yml, but the easiest way is to use the official Docker image as above. With this as the container, docker and docker-compose are pre-installed, so docker-compose "just works". If the project has a docker-compose.yml file in its root, the buildspec.yml can be as simple as running it immediately:

Are you using the Docker runtime for your build environment?

I am working with this repo: https://github.com/mreferre/yelb

That dockercompose isn't building anything (it's rather meant to deploy) but I believe you are hitting a problem much before that. Your compose up should work if you use the Docker runtime.

And this is the output:

Okay, I figured out the issue!

You need to enable 'Privileged Access' on the CodeBuild container. This will allow you to interact with the docker cli.

Then add these two lines to the install commands:

Not the answer you're looking for? Browse other questions tagged ruby-on-rails amazon-web-services docker docker-compose aws-codebuild or ask your own question.