How to update Python pip?

I've had to install Python packages and libraries using pip, but every time I do, it says I'm using an older version of pip, and that v18.1 is available by running the command

When I run this command, it just says the same thing. It apparently can't update itself because it's outdated. Is there any way to get around this, maybe by manually updating it?

Thanks in advance, community!

Update: The OS I'm using is currently Windows 10 and Python 3.6.4. The following screenshot is what outputs when running the command. 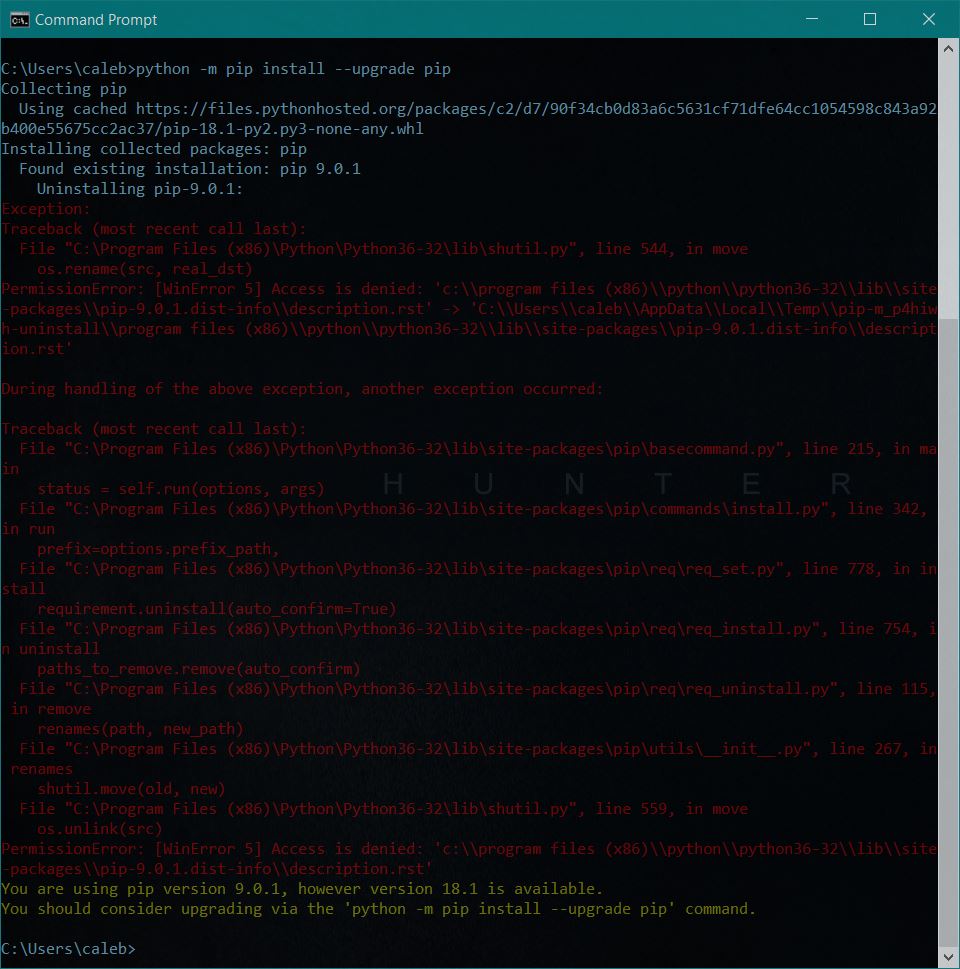 On Linux or macOS:

If you are on linux try this -

Try with "python -m pip install --upgrade pip --user" It worked with me and I am with Win10.

Not the answer you're looking for? Browse other questions tagged python pip or ask your own question.

5416
How do I check whether a file exists without exceptions?
4729
Calling an external command from Python
5563
What are metaclasses in Python?
5810
Does Python have a ternary conditional operator?
2734
How to get the current time in Python
1942
How to upgrade all Python packages with pip?
411
How can I upgrade specific packages using pip and a requirements file?
2507
How to install pip on Windows?
503
How do I update pip itself from inside my virtual environment?
1676
How do I install pip on macOS or OS X?