Currently, I am a new to the Artificial Intelligence. I have a problem with the greedy search algorithm. I saw one question in a tutorial but can't understand how to answer it. Please help me. Any help much appreciated.

Consider the given figure 1. The values in each node represent the heuristic cost from that node to goal node (G) and the values within the arcs represent the path cost between two nodes.

Consider the following figure well crafted such that it proves that greedy solution is not optimal. 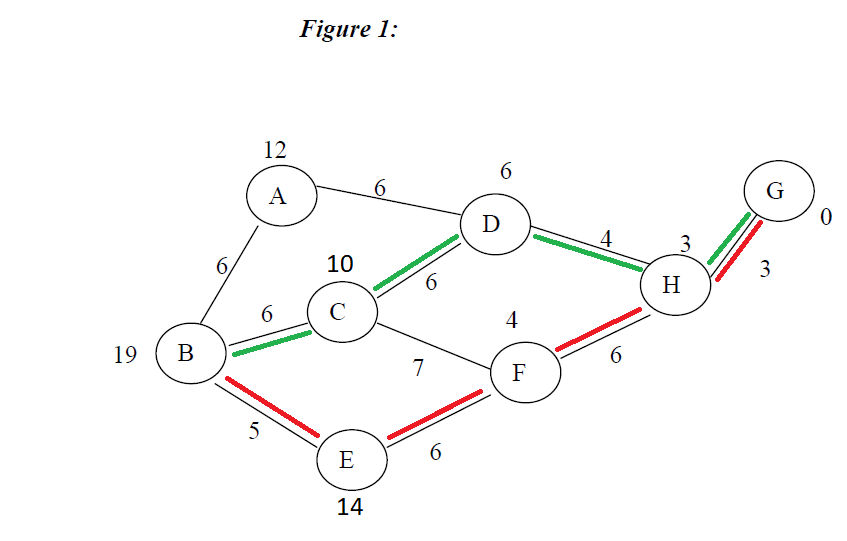 A* algorithm (before going forward have a look at the wiki page for A* algorithm and understand what g(n) and h(n) are if you haven't already understood this concept):

27
What is the difference between Greedy-Search and Uniform-Cost-Search?
4
A* search algorithm heuristic function
1984
What is the optimal algorithm for the game 2048?
1
A* efficiency vs Greedy Best First
5
Understanding A* heuristics for single goal maze
0
Prolog: How to get a path from a start node to a Goal Node
10
In what cases would BFS and DFS be more efficient than A* search algorithm?