How can I set an icon for my Android application?

You may then define the icon in your AndroidManifest.xml file as such:

It will automatically re-size.

I found this tool most useful.

It's better to do this through Android Studio rather than the file browser as it updates all icon files with the correct resolution for each.

To do so go to menu File → New → Image Asset. This will open a new dialogue and then make sure Launcher Icons is selected (Which it is by default) and then browse to the directory of your icon (it doesn't have to be in the project resources) and then once selected make sure other settings are to your liking and hit done.

Now all resolutions are saved into their respective folders, and you don't have to worry about copying it yourself or using tools, etc. 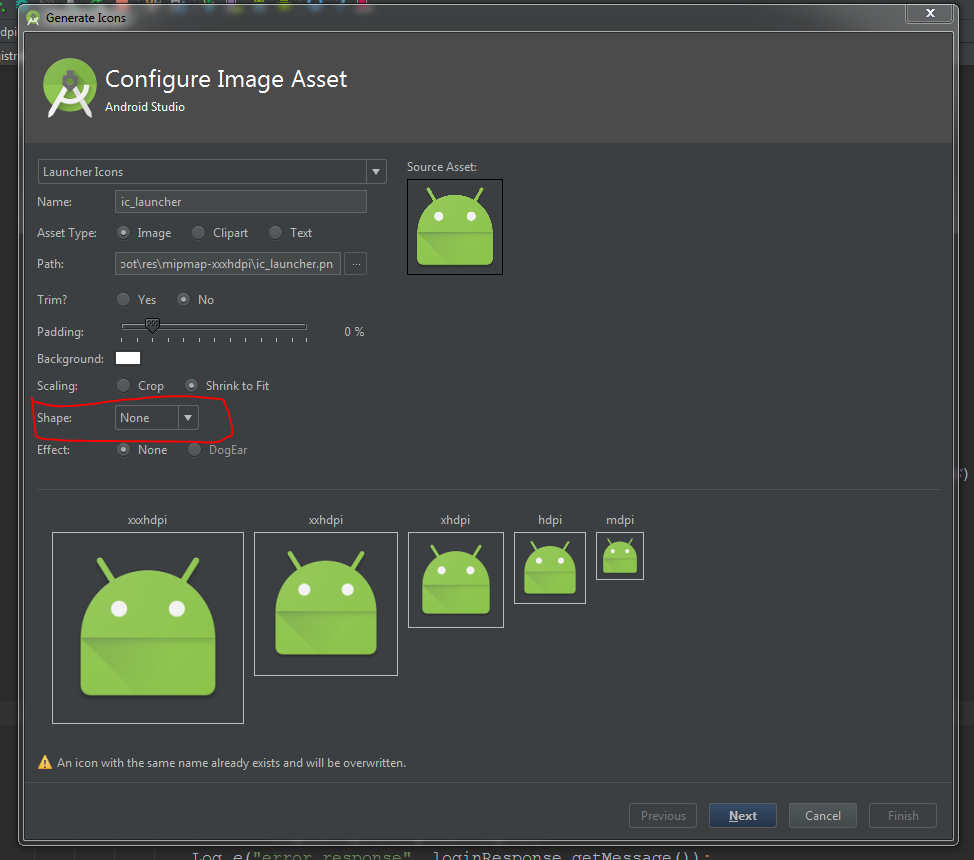 Don't forget "Shape - none" for a transparent background.

Put your images in mipmap folder and set in manifest file... like as 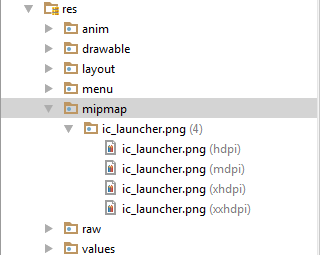 Place your images in drawables folder under either of the three and set it like this.

2-Upload Your icon in https://romannurik.github.io/AndroidAssetStudio/icons-launcher.html

3-Set your setting on this site 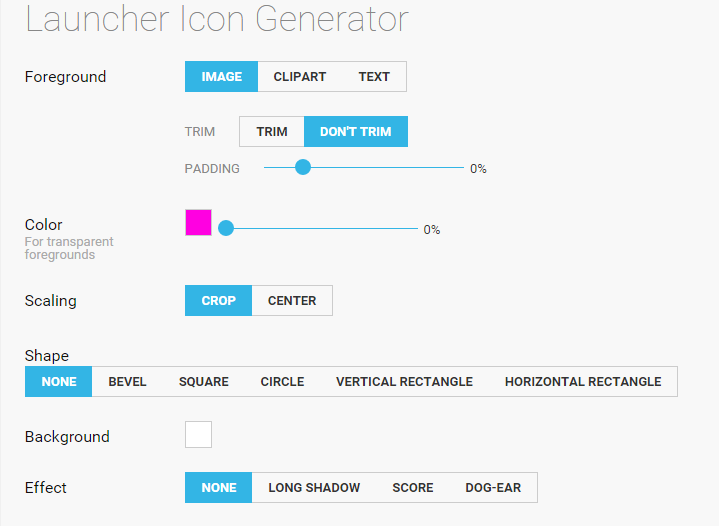 6-finally you need to set the manifest to use icon

This is mainly for creating the icons with required sizes, and it will be located directly in its folders.

You can start by reading the documentation.

Here is a link:

How to change the launcher logo of an app in Android Studio? 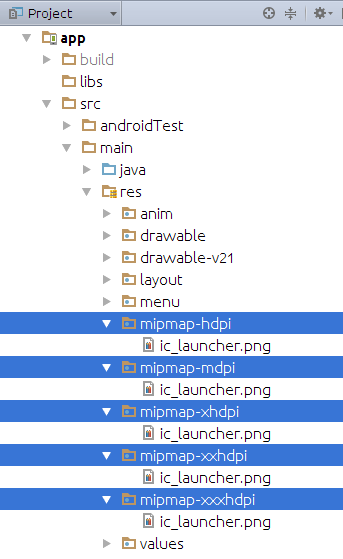 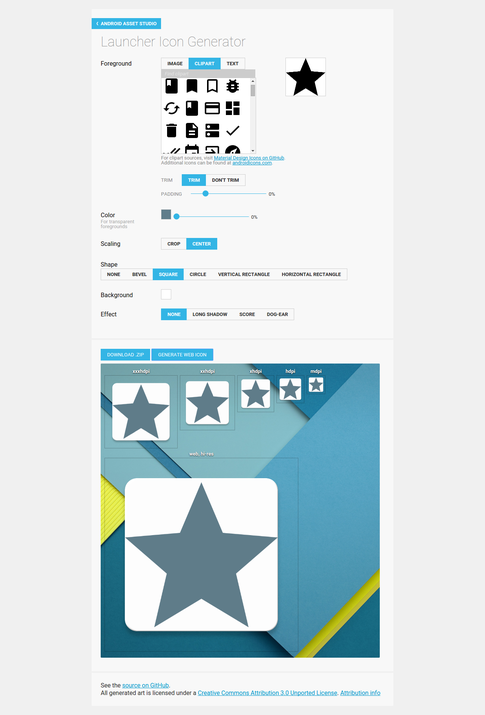 Now you can run and see your application icon with new image.

If you have an SVG icon, you can use this script to generate your android icon set.

A bit old, but for future use:

Define the icon for android application

If your app available across large range of devices

You should create separate icons for all generalized screen densities, including low-, medium-, high-, and extra-high-density screens. This ensures that your icons will display properly across the range of devices on which your application can be installed...

Launcher icons should be 32-bit PNGs with an alpha channel for transparency. The finished launcher icon dimensions corresponding to a given generalized screen density are shown in the table below.

This attribute must be set as a reference to a drawable resource containing the image (for example "@drawable/icon").

It’s best practice to place your app icons in mipmap- folders (not the drawable- folders) because they are used at resolutions different from the device’s current density. For example, an xxxhdpi app icon can be used on the launcher for an xxhdpi device.

If you are building different versions of your app for different densities, you should know about the "mipmap" resource directory. This is exactly like "drawable" resources, except it does not participate in density stripping when creating the different apk targets.

For launcher icons, the AndroidManifest.xml file must reference the mipmap/ location

Fore more you can read mipmap vs drawable folders

In AndroidManifest change these :

From their you can create Image Assets for your icon.

After that we will get icon image in mipmap different formats like hdpi,mdpi,xhdpi,xxhdpi,xxxhdpi.

Not the answer you're looking for? Browse other questions tagged android icons or ask your own question.

4
Android change app icon
3
How to change Android App Icon on AndroidStudio (IntellJ based)
-1
Setting up Android App Icon for the release APK
-5
Add different/own icon for android app
-4
How to Add “Icon” for a android App to open the app interface
292
How do you change the launcher logo of an app in Android Studio?
306
How to add icons to React Native app
457
Mipmap drawables for icons
636
Mipmaps vs. drawable folders
125
Android Studio Image Asset Launcher Icon Background Color
See more linked questions

2721
How to save an activity state using save instance state?
4051
How do you close/hide the Android soft keyboard programmatically?
3010
How to stop EditText from gaining focus at Activity startup in Android
1200
Is quitting an application frowned upon?
1940
“Debug certificate expired” error in Eclipse Android plugins
2096
What is 'Context' on Android?
1416
How can you get the build/version number of your Android application?
2530
How to fix 'android.os.NetworkOnMainThreadException'?
3776
Proper use cases for Android UserManager.isUserAGoat()?