Beta rollout is not reaching the testers in Google Play console

"Testers targeted by rollout" is appearing as zero for a closed Beta testing. No testers are seeing the new builds being uploaded, but are seeing the old build, when they visit PlayStore in their device. 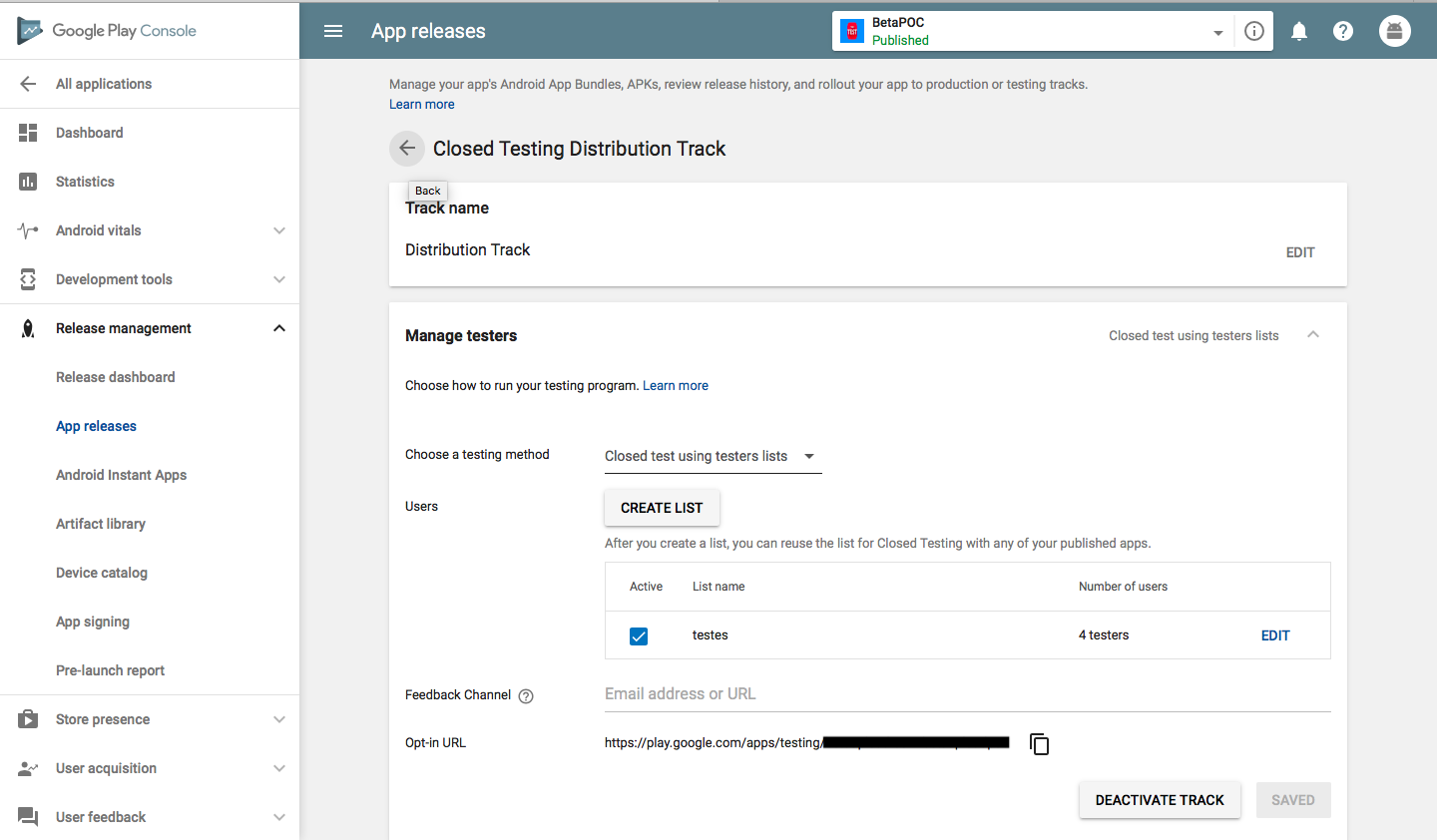 I have created Closed Beta for release of an internal app. Checkbox is still ticked in the manage testers section for the group created for testers. Later, I also want to enable auto update for the testers.

Zero testers targeted in the Rollout, Issue to be fixed screen shot 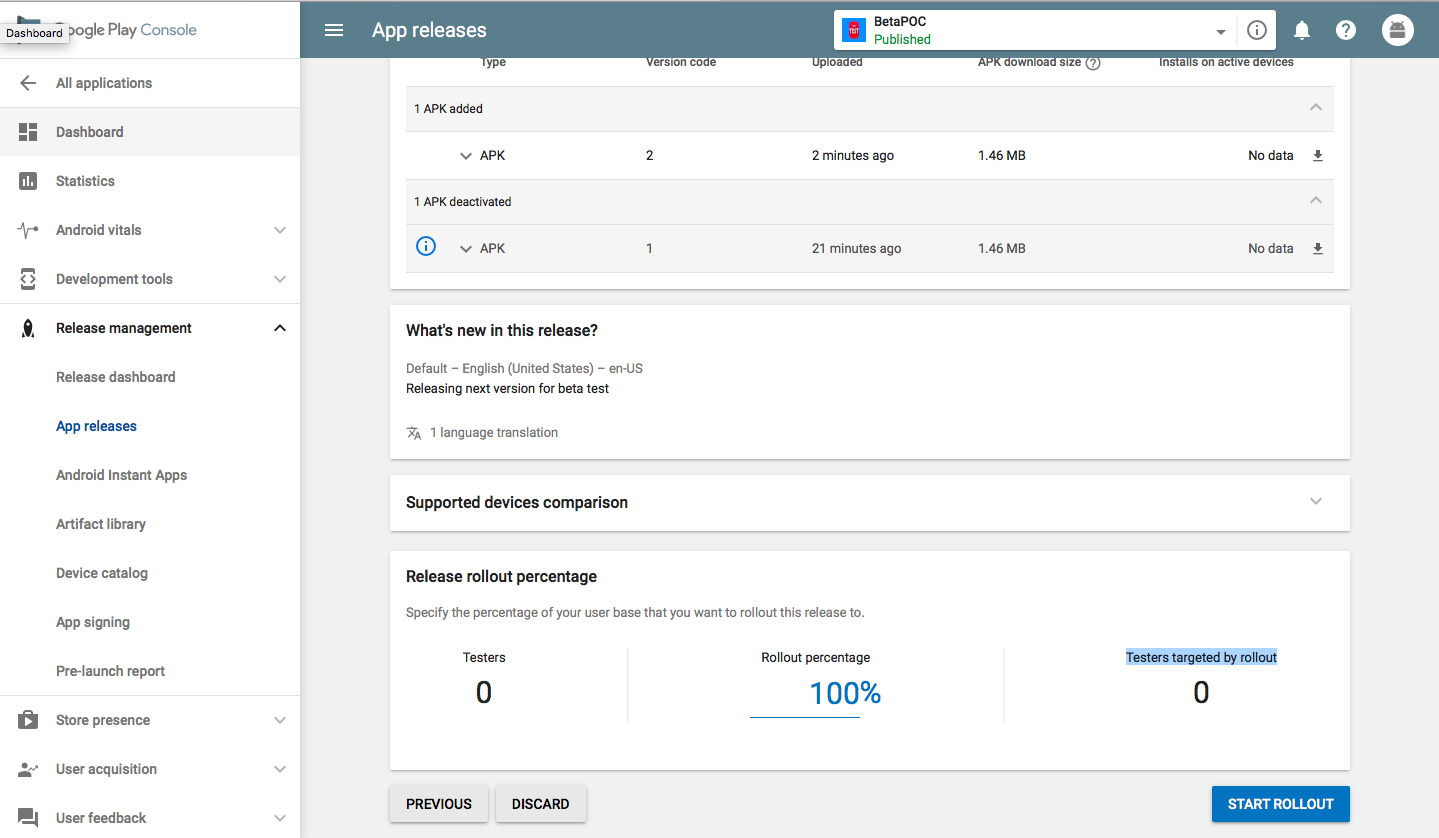 I have added gmail id of 4 testers but "Testers targeted by rollout" is shown as zero and no tester is seeing new builds.

I am not able to distribute new builds of the app to the testers through - Closed Beta of Google Play console.

As shown by your screenshot it says "Testers: 0". Even though you have added the testers, they need to opt in using the opt-in link. I'm guessing that they haven't done this yet. 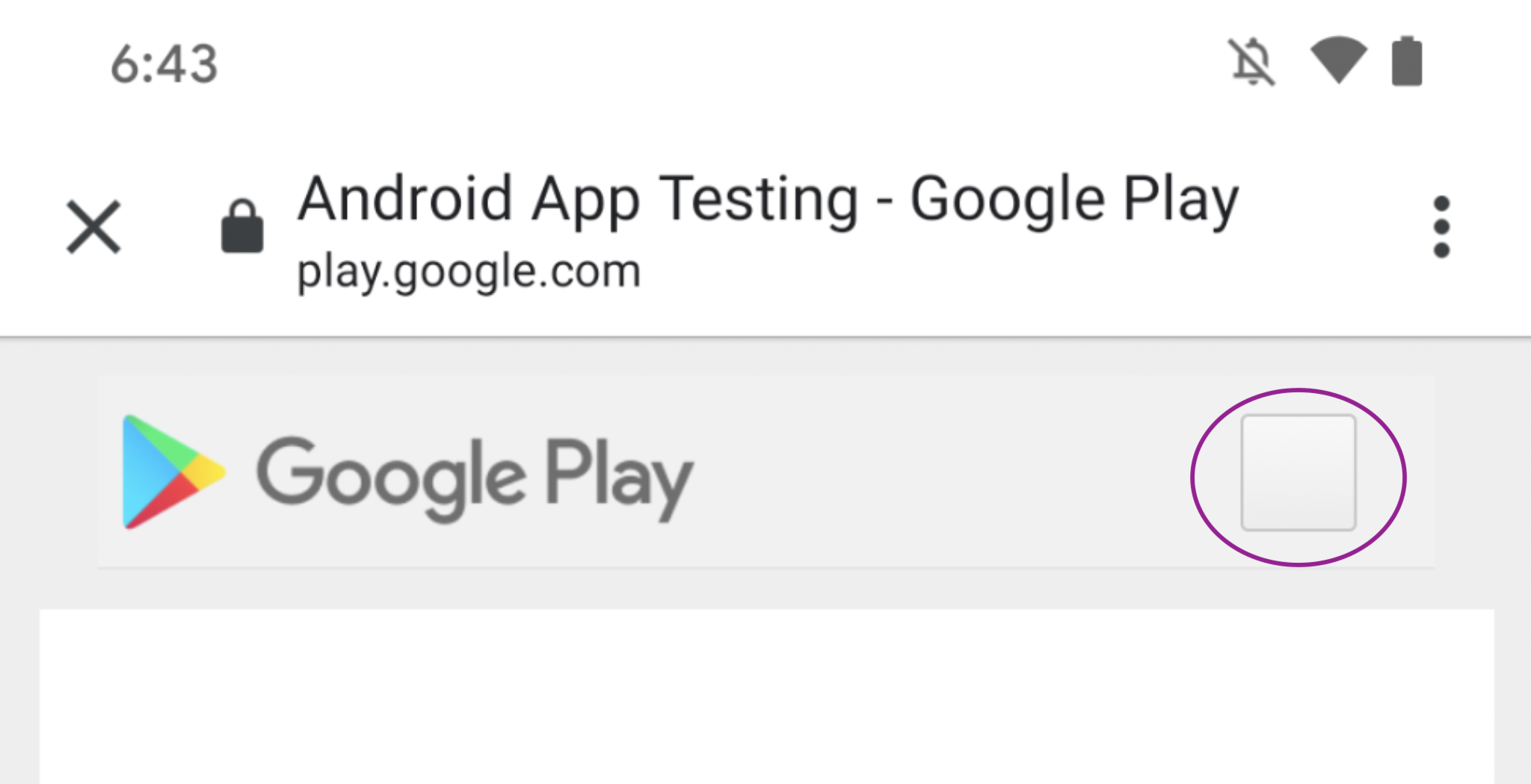 Not the answer you're looking for? Browse other questions tagged android google-play google-play-console or ask your own question.