3d intersection between segment and triangle

Everything around the web is too complicated.

So, i have a triangle defined by array of three dots, and segment, defined by 2 dots. Dot = 3 floats. I want to know if they intersect. Also point of intersection will be helpful, but not as much. 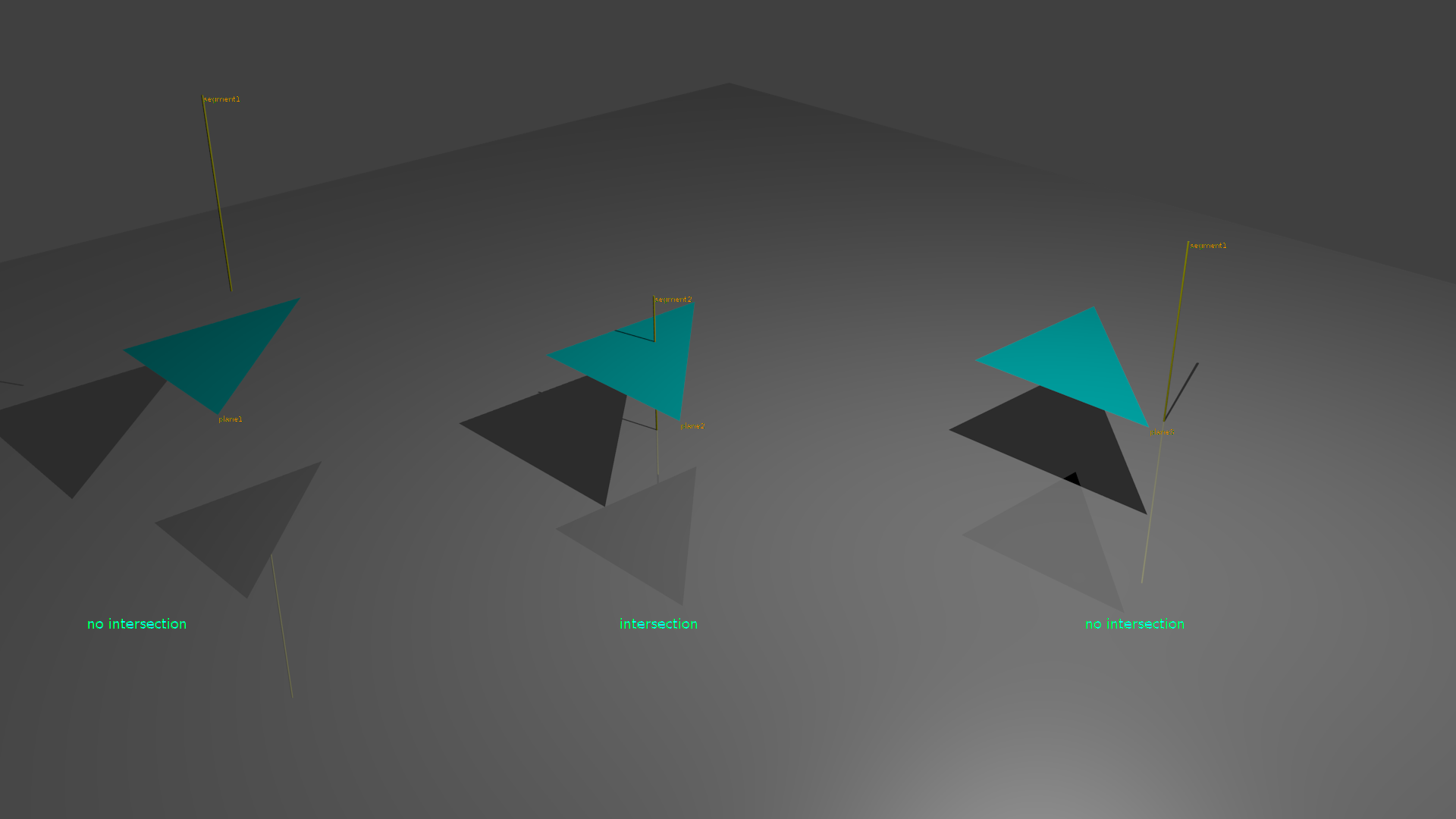 and 5 coords (15 floats) for every case. I need just python code or math formula, and hopefully some info for starter.

Please, about python: start code with something like this:

I will give you a math formula:

Where × denotes "cross product". Then create a normal vector for each triangle side:

For instance, given a point "p" lying on the triangle's plane, the minimum distance fom p to the line passing thru points p1 and p2 is:

The point p lying in the triangle's plane is the intersection of the line and the triamgle's plane. The line segment with points s1 and s2 can be represented by a function like this:

The triangle's plane is defined by the unit normal N and the distance to the origin D. So the plane equation is:

Where x is any 3D point in satisfying the equation. The distance to the origin D can be computing using any point of the triangle, for example:

The intersection of line segment R(t) and the plane happens when t has the value:

Not the answer you're looking for? Browse other questions tagged python 3d line polygon segment or ask your own question.