How do we predict on new unseen groups in a hierarchical model in PyMC3?

If we have a hierarchical model with data from different sites as different groups in the model, how do we predict on new groups (new sites that we haven't seen before)? e.g. using the following logistic regression model:

After we fit this model, we can predict on new data (i.e. sample from the posterior predictive) from a specific site using:

but what is the correct way to sample from the posterior predictive distribution if we have a new unseen site ?

I'm just copying my answer from the pymc discourse thread if someone by chance runs into this question or another one like it here.

First of all, beware of the centered hierarchical parametrization 1 you are using, it may lead to divergences and difficulties while fitting.

That being said, your model looks more or less like a GLM with shared prior random variates mu_beta and sigma_beta across features and sites. Once you get a posterior distribution over those two, your predictions should look something like

So, we will aim to get that.

The way in which we always recommend out of sample posterior predictive checks is to use theano.shared's. I’ll use a different approach, inspired in the functional API that is being the core design idea for pymc4. The are many differences I wont go into between pymc3 and the skeleton of pymc4, but one thing that I started to use more were factory functions to get the Model instances. Instead of trying to define things inside the model with theano.shared's, I just create a new model with the new data and draw posterior predictive samples from it. I just recently posted about this here.

The idea is to create the model with the training data and sample from it to get a trace. Then you use have to extract from the trace the hierarchical part which is shared with the unseen site: mu_beta, sigma_beta and a. Finally, you create a new model using the new data of the test site, and sample from the posterior predictive using a list of dictionaries that hold the mu_beta, sigma_beta and a part of the training trace. Here’s a self-contained example 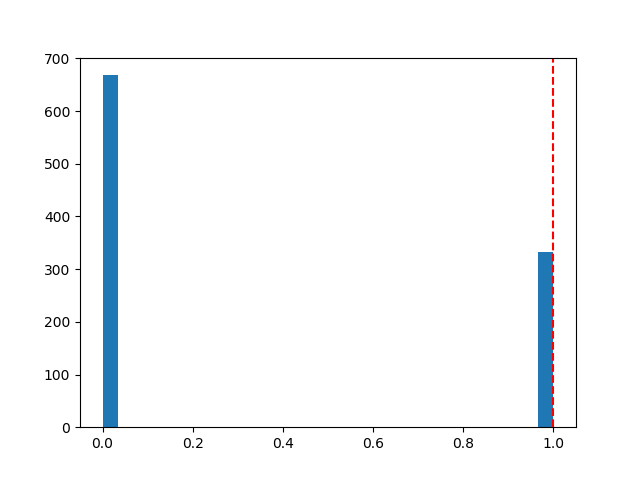 Of course, I don’t know what kind of data to concretely put as your X_shared, site_shared or train_y, so I just made up some nonsense toy data at the beginning of the code, you should replace that with your actual data.

Not the answer you're looking for? Browse other questions tagged python pymc3 hierarchical-bayesian or ask your own question.

2862
How can I add new keys to a dictionary?
3
pymc3's NUTS can't perform well with my hierarchical model for Bayesian Neural Nets?
19
PyMC3 Bayesian Linear Regression prediction with sklearn.datasets
4
Predicting from inferred parameters in pymc3
1
Convergence issues on hierarchical probit model with NUTS and Metropolis
3
Basic Bayesian Linear Regression prediction with PyMC3
0
Get the distribution when a point is sampled from a mixture in PyMC3