I'm getting this below warning message in my Xcode 10.1.

And I updated my pod file. 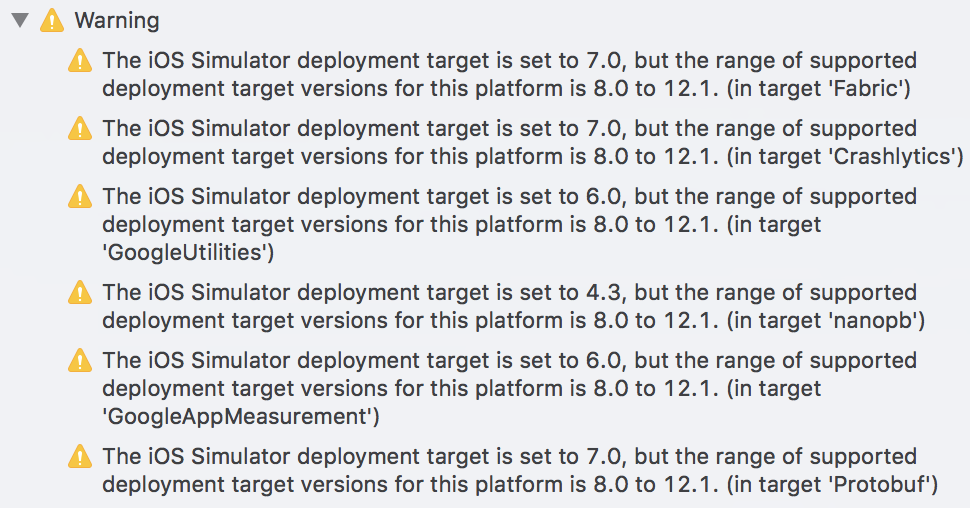 My deployment target is 9.0

2- Select each project and target and click on build settings.

3- Under Deployment section change the iOS Deployment Target version to anything more than 8.0 (better to try the same project version).

4- Repeat this for every other project in your pods then run the app.

see the photo for details 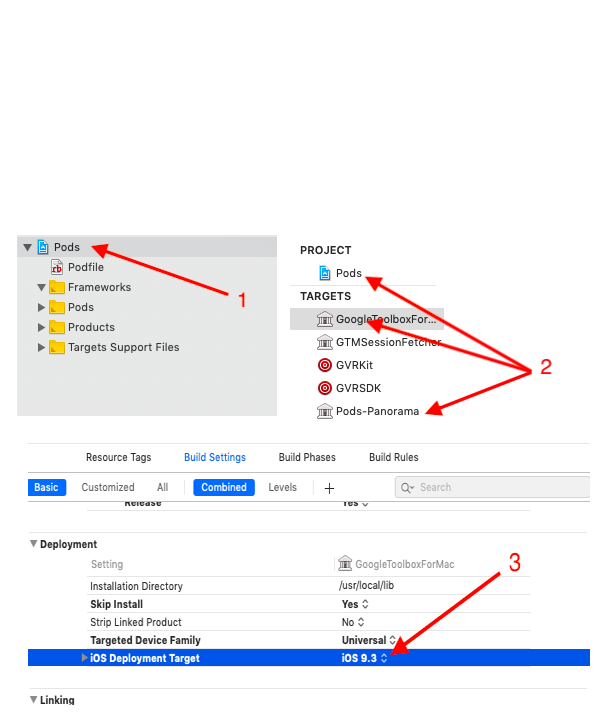 You may need to run pod install for the effect to take place.

Iterating over the answer from Tao-Nhan Nguyen, accounting the original value set for every pod, adjusting it only if it's not greater than 8.0... Add the following to the Podfile:

We can apply the project deployment target to all pods target. Resolved by adding this code block below to end of your Podfile: 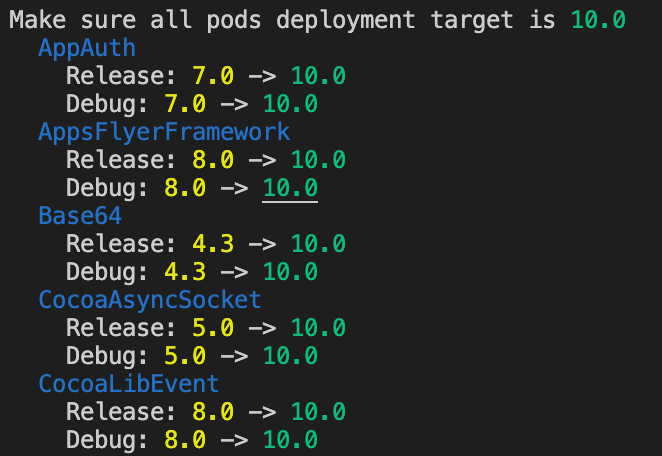 This was what worked for me.

I solved this problem, I changed build system to Legacy Build System from New Build System

yep, that is it hope it works to you

if anybody is experiencing is issue while updating to the latest react native, try updating your pod file with

If you are using CocoaPods with Xcode 12, then you have probably seen this error:

This is happening because support for iOS 8 has been dropped, but the minimum deployment target for the pod is iOS 8.

Until this is fixed, you can add the following to your Podfile:

This solution worked for me for Flutter. open {your_project_root_folder}/ios/Podfile and replace the post_install block with this

All you need to do is just uncomment the following line

and then open iOS folder in the terminal and pass those commands:

Simple fix that worked for me in Flutter:

most of the above did not work for me. If you dig around you will see that you aren't supposed to run pod install by hand. What worked for me was making sure my physical device was registered with xcode.

for cordova developers having this issue

first change the deployment to your choose : like '11.0' and add this step in the last of your pod file

If anyone is getting this problem in 2021 after updating XCode to v13, here's a fix that worked for me:

However, this may not work for all react-native versions, it worked on v0.64 for me.

Hopefully, this would be resolved in a future release.

I had the same issue building my React Native project

This is a known issue on M1 MacBooks. Run flutter upgrade and that should fix it.

Not the answer you're looking for? Browse other questions tagged ios xcode cocoapods ios-simulator google-fabric or ask your own question.