I want to horizontally invert frames coming to Surface object made from TextureView. What I can do is to set transformation matrix to this TextureView instance, whereas I postScale by -1 for x and 1 for y (leave unchanged), and than postTranslate dx on the full width of the view and leave dy unchanged (0F).

But the problem appears when I rotate my device by 90 degrees (horizontally) with screen rotation off: the image is rotated by 180 degrees, and it, of course, makes perfect sense, because x and y axises did not change.

How it can be solved? Is it possible to play with the translation matrix in such a way to resolve this problem? Or may be with OpenGL ES tools?

P.S.: strangely, but rotation is done two times two times more comparing to the device rotation itself, e.g. when I rotate the device by 90 degrees - preview is rotated by 180.

P.S.S.: I tried to invert the preview using Matrix's setPolyToPoly method... and have got exactly the same result.

P.S.S.S.: Also, played with open gl to achieve the goal using simple scale and rotation transformations for the model and projection matricies, and have got exact the same result!

These are screenshots that describe default behavior of the front camera - frame inversion is applied by HAL by default and I can't read the text; still, whether I rotate the device or not - "frame orientation" does not change: 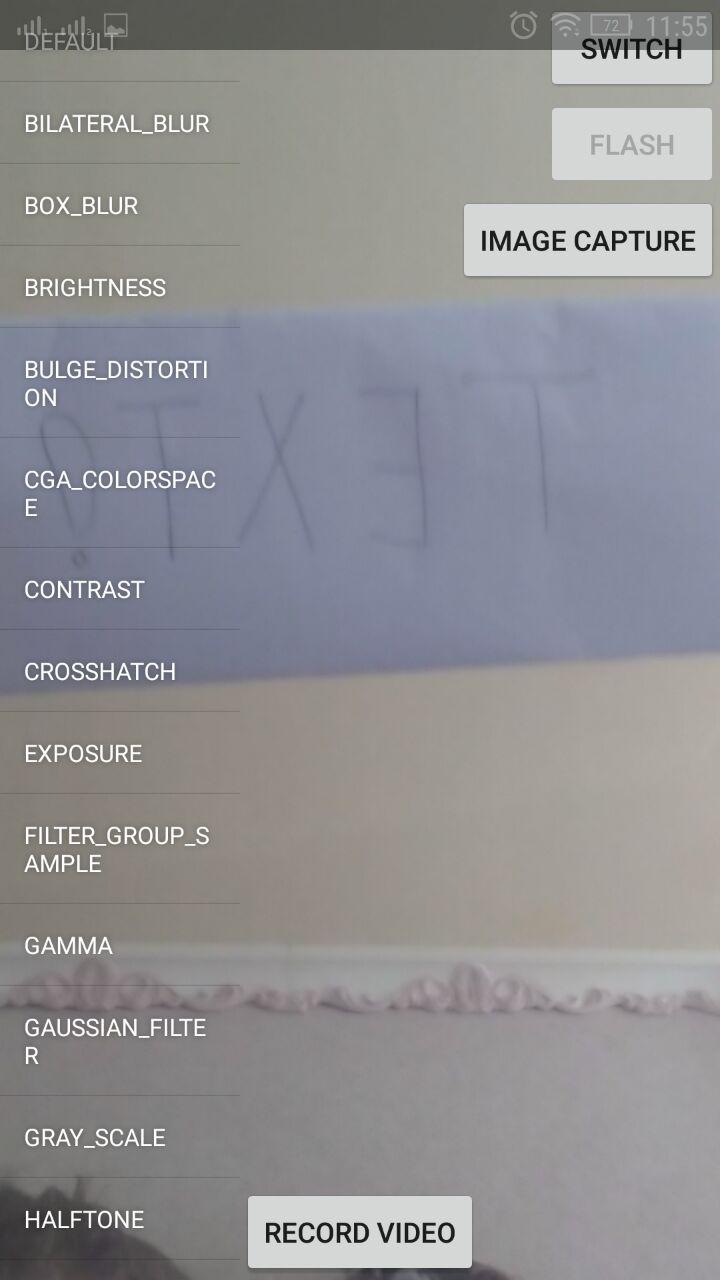 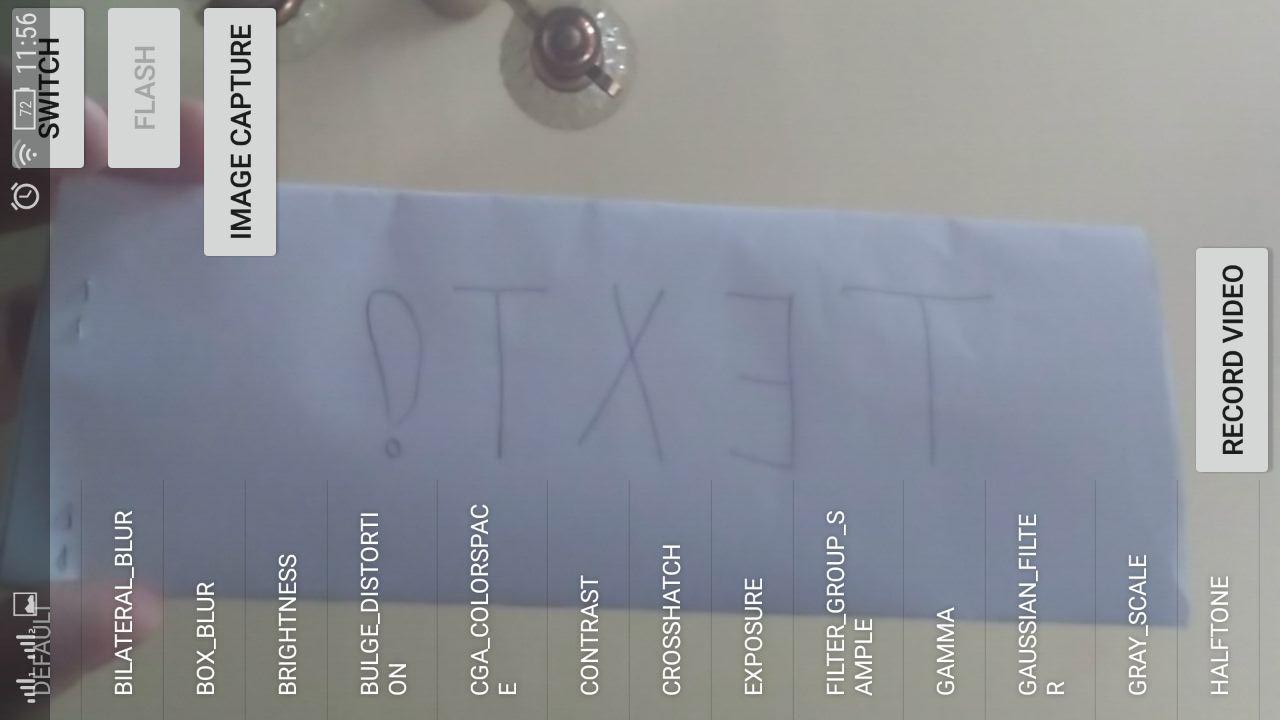 And these are screenshots when I apply, e.g., Matrix.scaleM(modelMatrix, 0, -1F, 1F, 1F); and then apply this matrix to every coordinate that comes into vertex shader, so I can now read the text because I applied the inversion myself so HAL's inversion with my custom inversion will result into inversion absence, but when I rotate my device (with device orientation change on rotation disabled, of course, and that's the point) - I'll see myself flipped upside down, and that's, of course, make perfect sense, because device's coordinate system won't change. Still, I want to be able to avoid image rotation somehow on device rotation itself (like in the default mode - whether the device is rotated or not - the preview image just "does not care"), and to still be able to read the text (I mean, like in portrait mode). 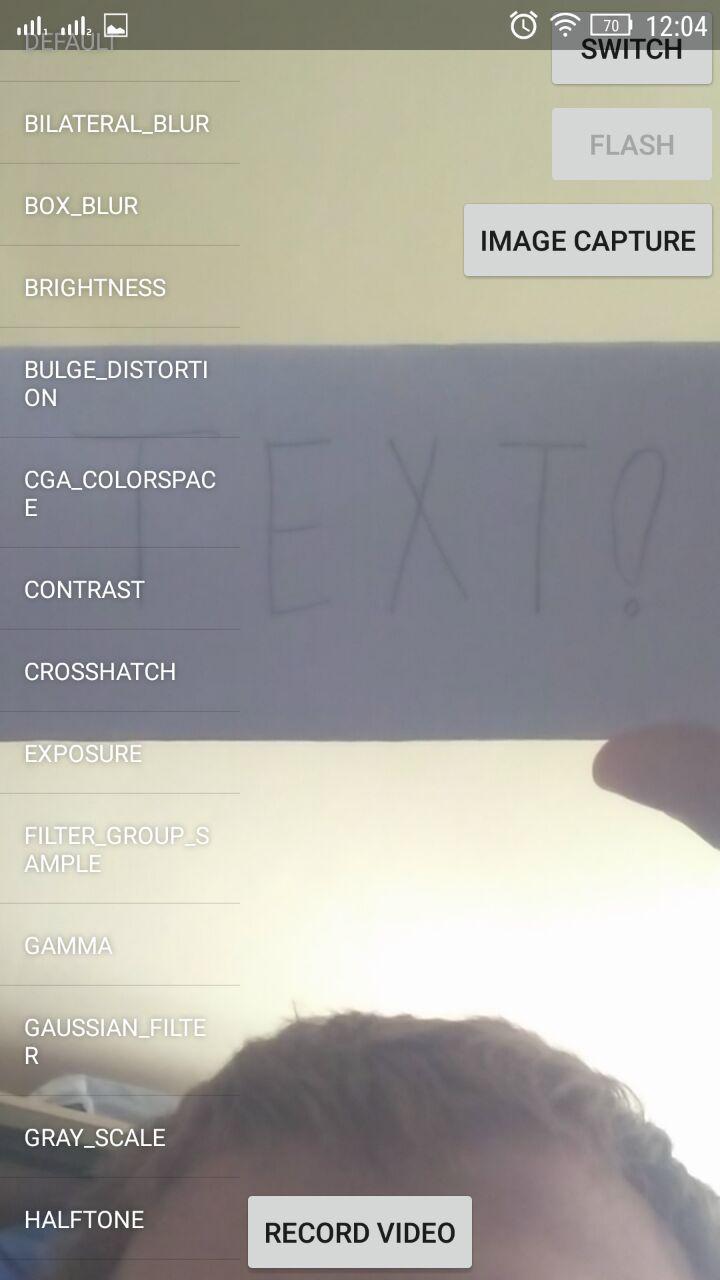 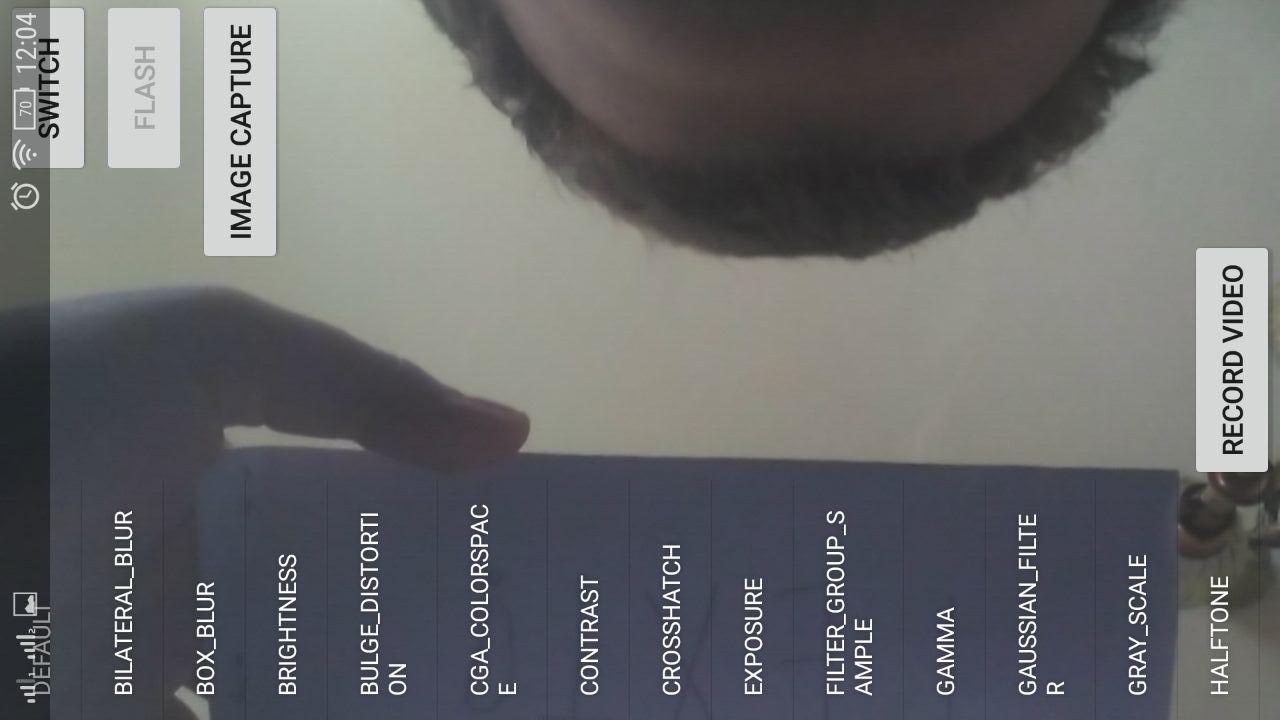 Do you run your tests on front or back camera? Usually only the front camera frame needs to be flipped horizontally, not the back camera.

Anyway if you need different transformations based on device orientation, you need to detect orientation changes in your Activity. Camera doesn't do anything by itself when device is rotated, you will get the same results whatever transformation method you choose.

I just realised that this problem can be solved if transformation is applied at the right moment in the pipeline. I will show a working example, it uses OpenGL extensively but I hope you can find something of use. See this code fragment, it uses a vertex shader to transform the coordinates. In drawFrame() there's a call to getTransformMatrix(). Instead of performing this call, get a matrix from this method I wrote when performing a similar task.

Not the answer you're looking for? Browse other questions tagged android matrix opengl-es rotation android-camera2 or ask your own question.

2089
Is there a way to run Python on Android?
2108
How do I center text horizontally and vertically in a TextView?
1408
Activity restart on rotation Android
3964
How do you close/hide the Android soft keyboard using Java?
2958
How to stop EditText from gaining focus at Activity startup in Android
1924
“Debug certificate expired” error in Eclipse Android plugins
2847
Is there a unique Android device ID?
2053
What is 'Context' on Android?
3713
Proper use cases for Android UserManager.isUserAGoat()?