EDIT: As sunshinejr pointed out here, this has been fixed and will be released together with the next Xcode/Swift version.

I've seen a lot of weird behaviour after updating Xcode 10.1 to Xcode 10.2, both with Swift 4 and Swift 5 codebases.

One of the problems is that on one ViewController the ScrollView delegate methods are no longer called. The simplified view hierarchy is as follows:

It acts as a view with several pages: ParentScrollView can be scrolled horizontally, the ChildScrollViews vertically.

I have tried setting the delegates in code, other than that I have no idea what I could be doing wrong. The conversion did not change any code in the class, but everything worked well before updating. I also couldn't find any changes to gestures, delegates or ScrollViews in general in the Swift 5 Release Notes.

Why does this no longer work? Has anyone else experienced similar behaviour?

EDIT: As sunshinejr pointed out here, this has been fixed and will be released together with the next Xcode/Swift version.

I've found the issue, here's how to reproduce it.

The compiler seems to think that a delegate method is not implemented if the base class did not implement it. If only the child class implements it, it can't find it.

I still can't explain why this behaviour changed with Swift 5, but at least I've found a solution. Maybe someone can give further insights?

We ran into this with a UITextViewDelegate

Looks like this issue existed back in 2016 as well and was fixed at one point: https://bugs.swift.org/browse/SR-2919

As Jan pointed out, this is a Swift 5 regression. This is tracked on Swift's JIRA as well as on radar (rdar://problem/49482328). This is also already fixed (PR here) but we need to wait for the next Xcode/Swift release.

Edit: As of Xcode 10.3, we observed that the bug is fixed, but we are still monitoring if it is fixed for good.

I experienced the same issue only with the release scheme after upgrading to Xcode 10.2. I also tested Xcode 10.3 and it is exactly the same behavior.

For those who don't want to add @objc everywhere in your delegate implementation.

The quick solution is to disable the Swift 5 compiler optimisation in the build settings:

For those who already upgraded to Xcode 10.3, it seems that this build settings option is not visible anymore, but you can still change it directly via the pbxproj file of your project and it should appear in the xcode UI afterward. SWIFT_COMPILATION_MODE = singlefile; 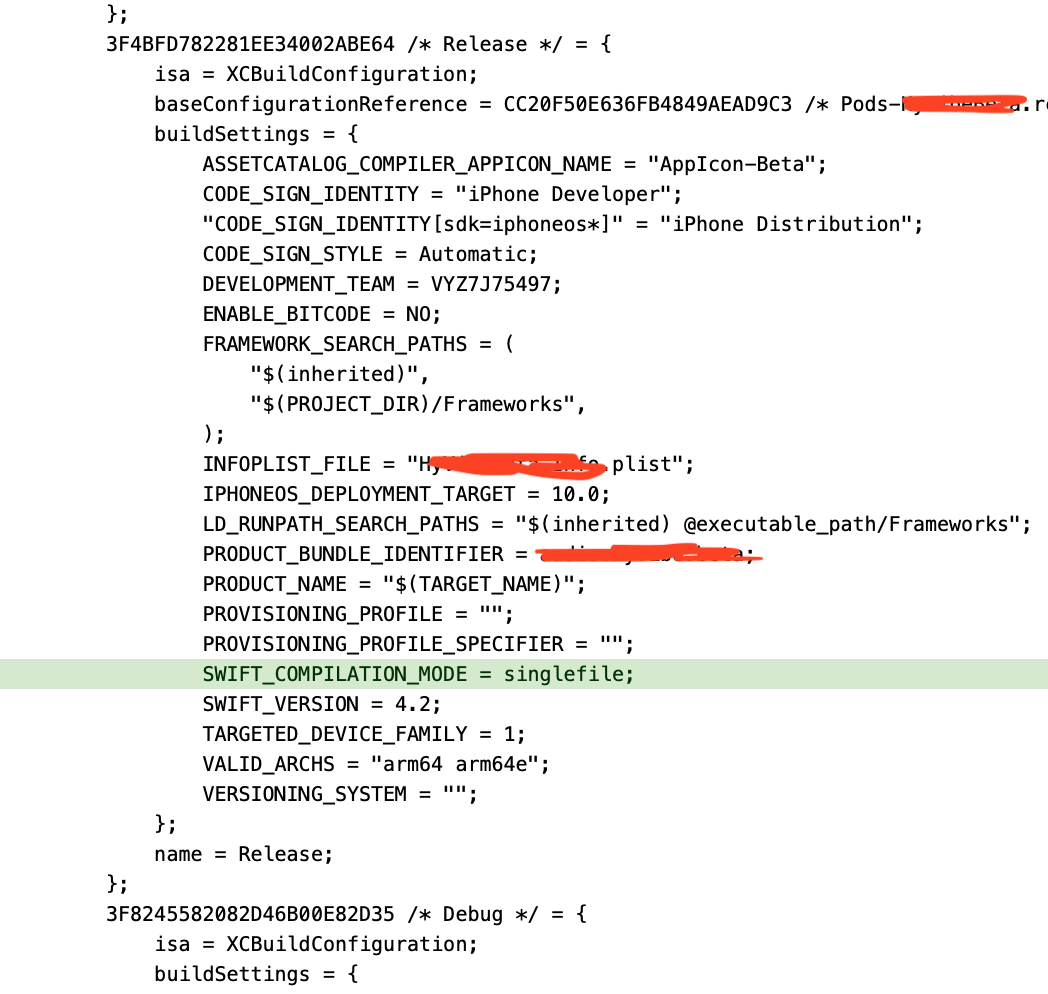 Since all of UIScrollViewDelegate methods are optionals you will never see an error from compiler if it thinks that you didn't implement them, most probably what is happening is that Apple changed method signature in Swift 5 (again) and for some reason the migration tool didn't work.
Check the methods names along with UIScrollViewDelegate updated to USwift 5 documentation, you will see that probably your methods names are different, simply correct them and everything should work again.

Not the answer you're looking for? Browse other questions tagged swift xcode swift5 or ask your own question.

0
collectionView didSelectItemAtIndexPath stopped working after migrated to Xcode 10.2
1
Protocol methods in a class extension are not called under specific conditions

531
UIScrollView Scrollable Content Size Ambiguity
1009
How do I call Objective-C code from Swift?
426
How do I get a reference to the app delegate in Swift?
211
Why is Swift compile time so slow?
80
Xcode 6.3 Crashes when navigating from storyboard to other Swift 1.2 file
12
Delegate methods are not called (transitioningDelegate)
0
My horizontal scrollview is not working
4
Module compiled with Swift 5.0 cannot be imported by the Swift 4.2.1 compiler
0
iOS delegate is nil when trying to pass data back with Swift 5