I have tried to switch to Visual Studio 2019 since it is now officially released, but I am having problems building a C++/CX based project.

I have not retargeted the project, but it is still configured to use the v141 platform toolset, i.e. Visual Studio 2017 Build Tools.

As far as I can tell, I have specifically installed the required build tools in Visual Studio 2019, which should be evident here: 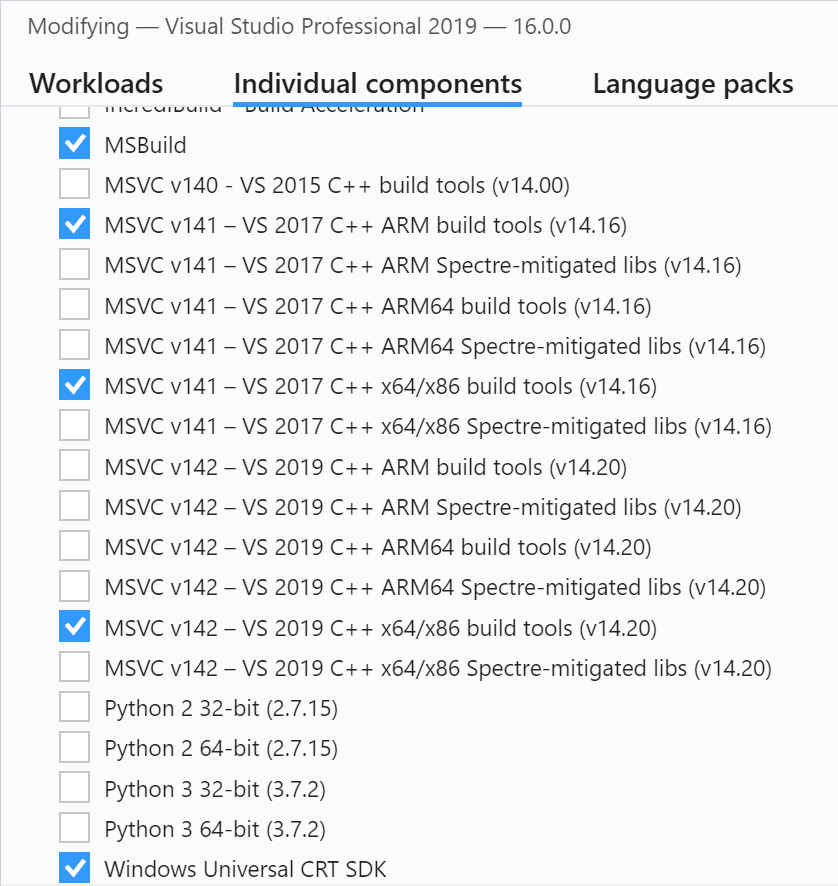 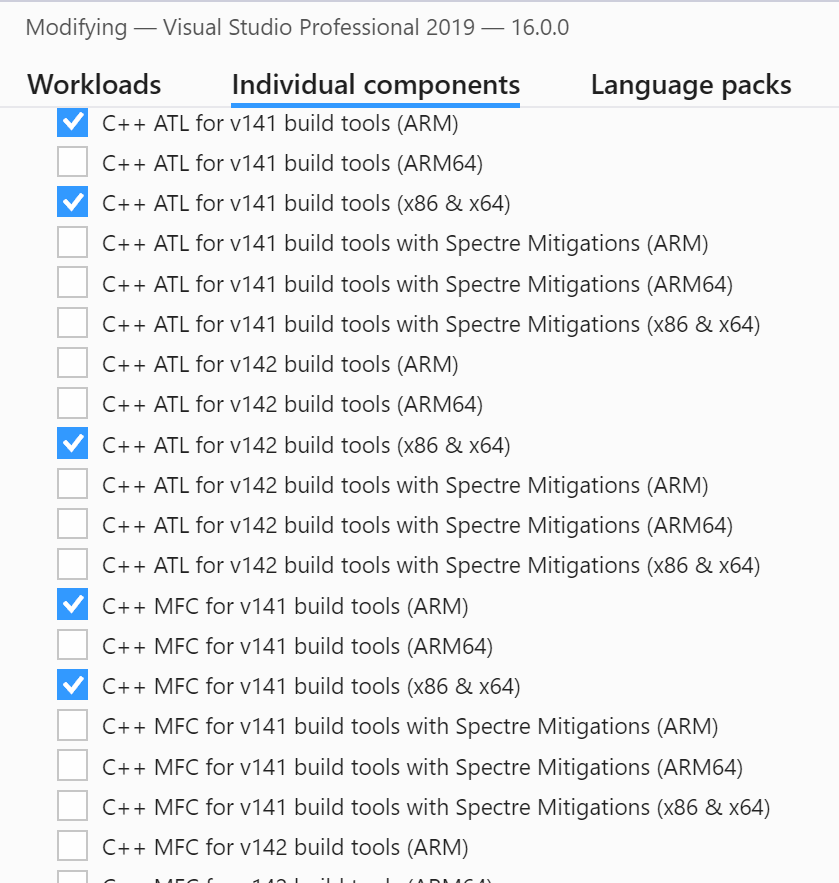 Still, according to the project properties, Visual Studio 2017 Build Tools are not installed: 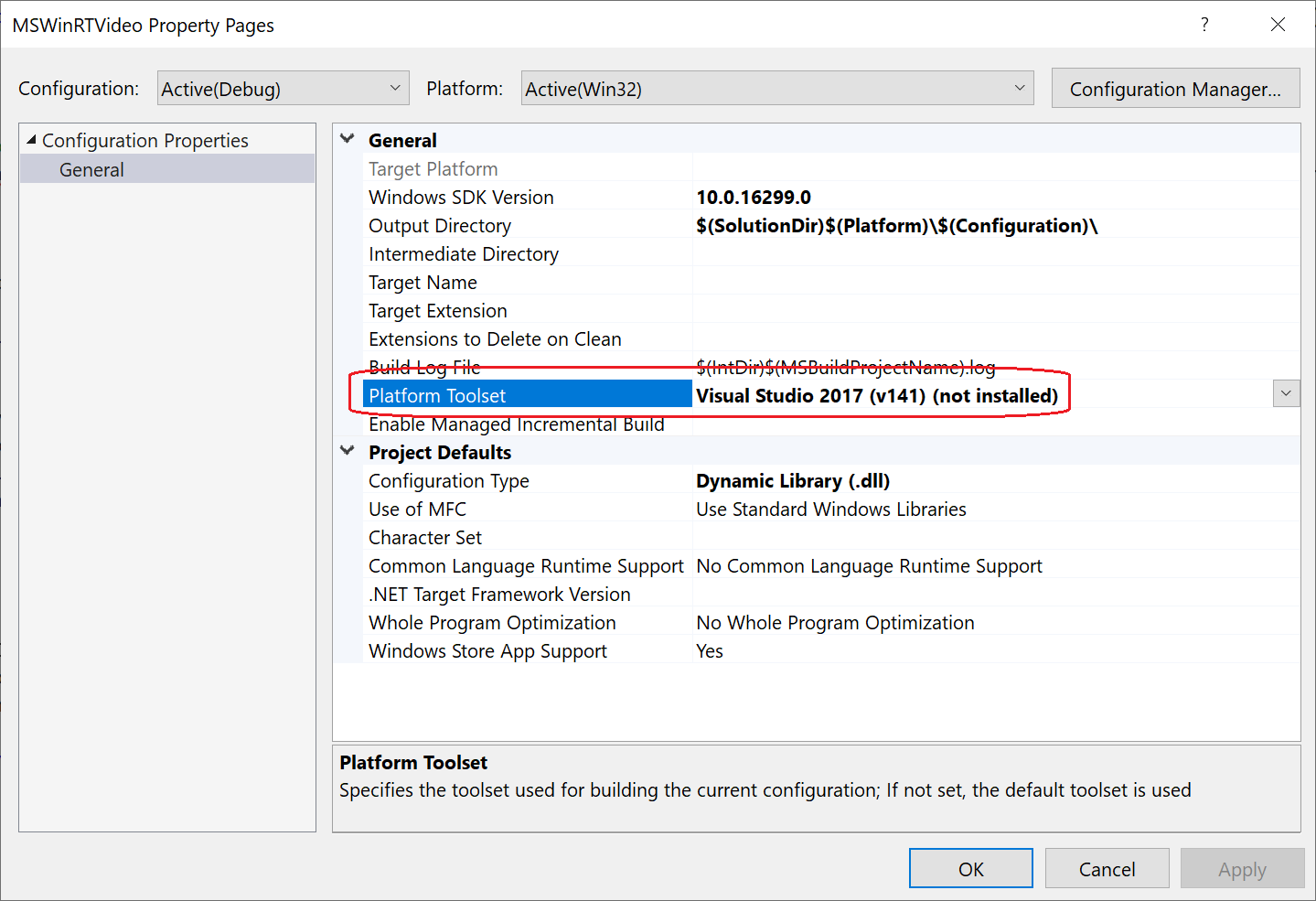 And when I build the project I get the following error:

Am I still missing some components in my installation, or is this a bug in Visual Studio 2019?

EDIT I should point out that I still have Visual Studio 2017 installed on the same computer as well. 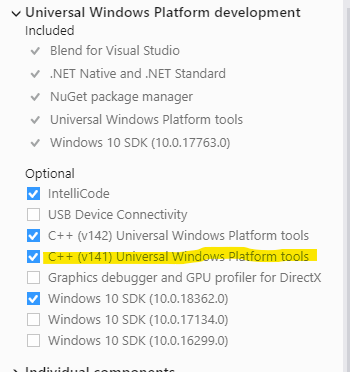 I had a similar issue, but this is what I was missing.

You will find these options on the Workloads tab of the VS installer on the right under Installation details (i.e. not under Individual components).

It turns out that the (Windows Runtime Component) project was not properly set up. In the .vcxproj file the ApplicationTypeRevision element was missing, which is also "evident" (if you know what you are looking for...) from looking at the project properties above, where only the General configuration properties node is visible, and the Target Platform value is empty.

Inserting the following line in the .vcxproj file immediately following e.g. the WindowsTargetPlatformMinVersion element should do the trick:

I had this same problem for Visual Studio 2017, even though V141 was explicitly shown as installed. It turned out the problem was that VCTargetsPath was set in System Environment Variables to "C:\Program Files (x86)\MSBuild\Microsoft.Cpp\V4.0\V140". Removing or unsetting this variable solved the issue.

Not the answer you're looking for? Browse other questions tagged visual-studio windows-runtime c++-cx visual-studio-2019 or ask your own question.