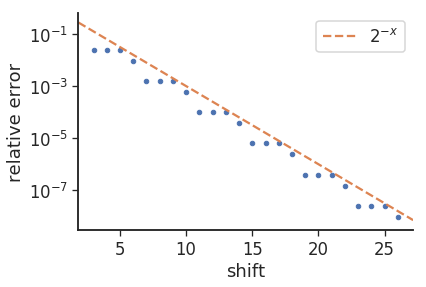 I've designed a new method in AVR assembly, with lsr/ror and sub/sbc only. It divides by 8, then sutracts the number divided by 64 and 128, then subtracts the 1,024th and the 2,048th, and so on and so on. Works very reliable (includes exact rounding) and quick (370 microseconds at 1 MHz). The source code is here for 16-bit-numbers: http://www.avr-asm-tutorial.net/avr_en/beginner/DIV10/div10_16rd.asm The page that comments this source code is here: http://www.avr-asm-tutorial.net/avr_en/beginner/DIV10/DIV10.html I hope that it helps, even though the question is ten years old. brgs, gsc

0
How can i change mod with bitwise AND
254
Why does GCC use multiplication by a strange number in implementing integer division?
103
How can I multiply and divide using only bit shifting and adding?
36
Fast divisibility tests (by 2,3,4,5,.., 16)?
24
C++ fast division/mod by 10^x
34
Why does division by 3 require a rightshift (and other oddities) on x86?
27
How do I print an integer in Assembly Level Programming without printf from the c library?
15
Is there a more efficient way of splitting a number into its digits?
12
Fast Division on GCC/ARM
4
Divisiblity of 5 without using % and / operator
See more linked questions

1570
Fastest way to determine if an integer's square root is an integer
11
How can I perform 64-bit division with a 32-bit divide instruction?
3
Division by a constant using shifts and adds/subtracts
6
How bit endianness affects bitwise shifts and file IO in C?
698
Divide a number by 3 without using *, /, +, -, % operators
13
Fast signed 16-bit divide by 7 for 6502
0
How do I efficiently left-shift by N bits using single-bit shifts?
2
Is it possible to perform 128-bit / 64-bit division without branching, in terms of 64-bit division?