When debugging in PyCharm, I can move the Variables pane by dragging it, like so: 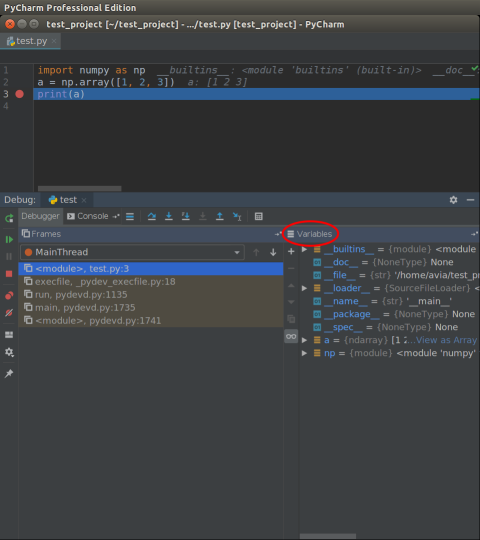 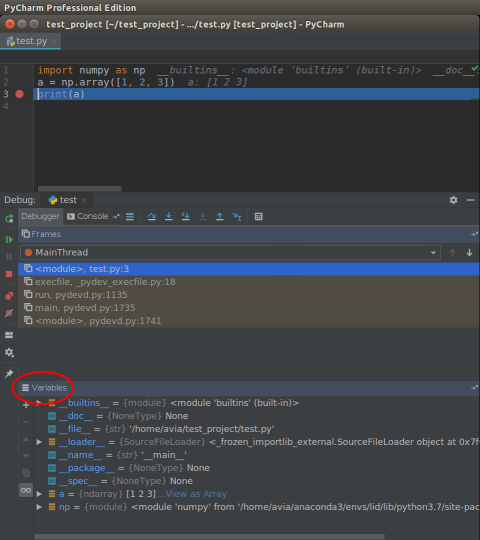 Using the latter layout (the vertical one) is very useful for me, especially in Float/Window view mode, as I'm debugging on a second screen which is rotated 90 degrees.

But when I'm using the Python Console for experimenting (e.g. running the code in Scientific Mode), I can't seem to find a way of moving the variables part from the horizontal (side by side) layout to a vertical one. The only thing I can do is resizing by dragging the separator between the console output and the variables. 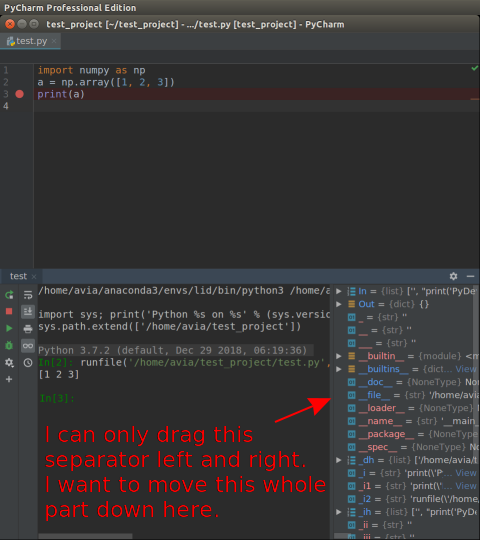 I'm aware of the possibility that the variables part of the Python Console is 'not the same type' as the Variables pane in the Debug window. But still, is there no way of moving the variables part below the console output? I'm using PyCharm Professional 2019.1 on Ubuntu 16.04.