I am using Django 2.2. From the Django Managing static files documentation:

This is not suitable for production use! For some common deployment strategies, see Deploying static files.

For example, if your STATIC_URL is defined as /static/, you can do this by adding the following snippet to your urls.py:

This helper function works only in debug mode and only if the given prefix is local (e.g. /static/) and not a URL (e.g. http://static.example.com/). 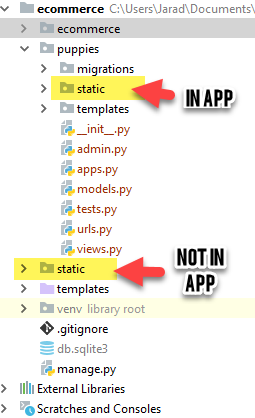 Then I do: python manage.py collectstatic 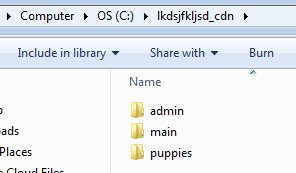 At this point, it doesn't seem to matter if I have the below in my urls.py or not - my static files still load BUT I don't know if they're coming from my project's static directories or my STATIC_ROOT (c:/lkdsjfkljsd_cdn):

I think you are mixing up few things. Let me clarify.

As per documentation, it provides URL pattern for serving static file. If you go to the implementation, then you will see:

What it does is, it removes forward slash from left of the prefix(ie converts /static/ to static/), and then there is a view(which is serve) who does the pulling files.

This function does the serving files. It will serve files from a document root.

runserver command runs the django development server. If you have django.contrib.staticfiles installed in INSTALLED_APPS, then it will automatically serve static files. If you don't want to serve static, then use runserver --nostatic. collectstatic or STATIC_ROOT has no relation to this command.

To answer your questions:

In production, media files should be served by reverse proxy server as well.

Not the answer you're looking for? Browse other questions tagged python django django-settings or ask your own question.

-3
Django: Why do I need these in my setttings.py and urls.py