How to change the navigation bar title color in SwiftUI

I have tried with .foregroundColor(.orange) but it is not working

It is not necessary to use .appearance() to do this globally.

Although SwiftUI does not expose navigation styling directly, you can work around that by using UIViewControllerRepresentable. Since SwiftUI is using a regular UINavigationController behind the scenes, the view controller will still have a valid .navigationController property.

And to use it

In SwiftUI, you can not change the navigationTitleColor directly. You have to change UINavigation's appearance in init() like this,

I hope it will work. Thanks!!

I have searched for this issue and find a great article about this, you could wrap the settings of navigation bar style as a view modifier.

Notes: I believe you need to update some code in this example, add titleColor parameter.

I hope it will work.

In iOS 14, SwiftUI has a way to customize a navigation bar with the new toolbar modifier.

We need to set ToolbarItem of placement type .principal to a new toolbar modifier. You can even set an image and much more.

Building on the answer from Arsenius, I found that an elegant way to get it to work consistently was to subclass UIViewController and do the configuration in viewDidLayoutSubviews().

I took a slightly different approach; I wanted to change only the title text color, and nothing else about the NavigationBar. Using the above and this as inspiration, I landed on:

Which can be leveraged as such:

Which in turn yields:

I have developed a small sample of a custom SwiftUI navigation that can provide full visual customisation and programatic navigation. It can be used as a replacement for the NavigationView.

Here is the NavigationStack class that deals with currentView and navigation stack:

You can have a look here: for the full example with explanation:

PS: I am not sure why this one was deleted. I think it answer the question as it is a perfect functional alternative to NavigationView.

Use Below Code for Color Customization in SwiftUI

This is for main body background color:- 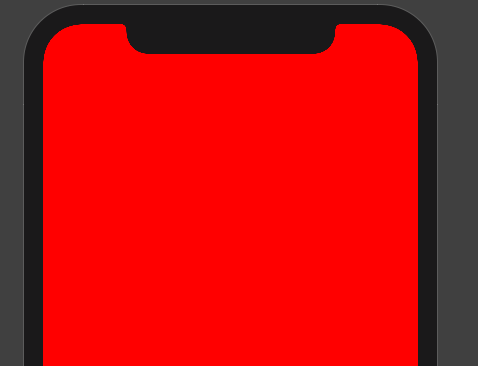 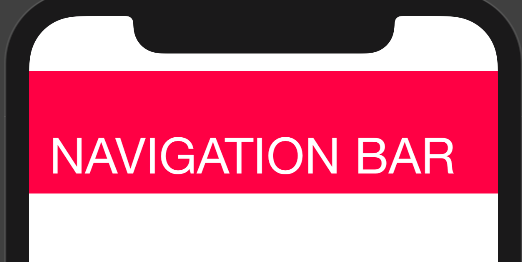 For Other UI Elements Color Customization 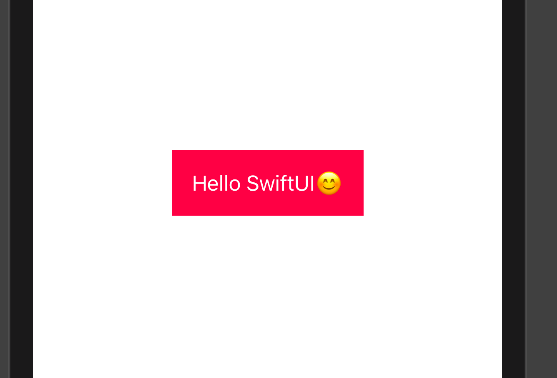 then you can put it like this inside a navigation view with a red background:

I will update my answer as soon as I know how to update the title text itself.

Instead of setting appearance(), which affects all navigation bars, you can set them individually using SwiftUI-Introspect.

from iOS 14, You can have any custom view you want (including custom text with custom color and font)

Also you can set the navigation bar color from the iOS 16 like:

Definitely there are already a few good answers, but all of them will cover only part of the job:

Few more suggestions propose to use UIAppearence global config for UINavigationBar - as for me global change is not a good idea and may be not always suitable.

I ended up combining all proposals in to the next code:

this will not work for dynamic colors

Hopefully this may help to someone ;)

I still haven't figured out how to do the foreground color on a per-view basis, but I did figure out a simple workaround for the background color.

If using an .inline title, you can just use a VStack with a rectangle at the top of the NavigationView:

Note how the rectangle uses a frame height of 0 and .edgesIgnoringSafeArea(.top).

Here is the solution that worked for me. You need to start off with a UINavigationController as the rootViewController.

and if you want to change the color at some point, such as in a modal view, use the answer given here

you can subclass UINavigationController to change the status bar color 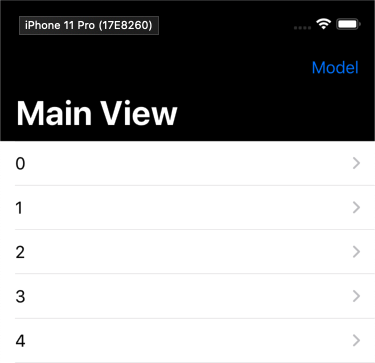 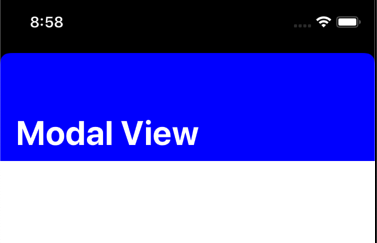 But to change the navigation view itself, you need to use UINavigationBar Appearance() in init()

I was looking for this problem and found a great article about it. And i modified your code by this article and came to success. Here, how i solve this problem:

You can also take some examples here

Based on this https://stackoverflow.com/a/66050825/6808357 I created an extension where you can set the background color and the title color at the same time.

Here's how to use it:

note: revisiting this the next day, it may be possible that some of my issues were caused by my somewhat nonstandard setup: i am still running mojave, but have manually added the 13.4 support files (normally available only via xcode 11.4, which requires catalina). i mention this because i am/was also having some tab bar custom color issues, but i just noticed that those are only manifesting when i have the phone actually plugged in and am running the app from xcode. if i unplug, and just run the app normally, i am not seeing the tab bar issues, so it may be possible that the nav bar issue had some similarity ...

(i would add this as a comment on arsenius' answer (the currently accepted one) above, but i don't have the rep, so ...)

i was using that solution, and it was working perfectly up until 13.4, which seems to have broken it, at least for me. after a lot of view hierarchy tracing, it looks like they changed things such that the implicit UINavigationController is no longer easily accessible via the passed UIViewController as described in the workaround. it's still there though (pretty far up the tree), we just have to find it.

to that end, we can just walk the view hierarchy until we find the navbar, and then set the desired parameters on it, as usual. this necessitates a new discovery function, and some minor changes to the NavigationConfigurator struct, and its instantiation ...

first up, the discovery function:

modify the NavigationConfigurator as follows (note that we no longer care about passing in a view, since that's no longer reliable):

(in my app, i have a Prefs object which keeps track of colors, etc.)

... then, at the instantiation site, do something like this:

note that i capture the root view controller elsewhere in my app, and use it here to pass to find_navbar(). you might want to do it differently, but i already have that variable around for other reasons ... there's some other stuff there specific to my app, e.g., the color-related objects, but you get the idea.

https://stackoverflow.com/a/58427754/4709057 this answer works, but if you are experiencing issues with navigationController being nil in light or dark mode. Just add this.. no idea why it works.

WatchOS navigation title color using SwiftUI
Side note for watchOS is that you don't need to fiddle with the navigation color. It's the Watch Accent color you need to change. In your project go into WatchProjectName->Asset->Accent and change this 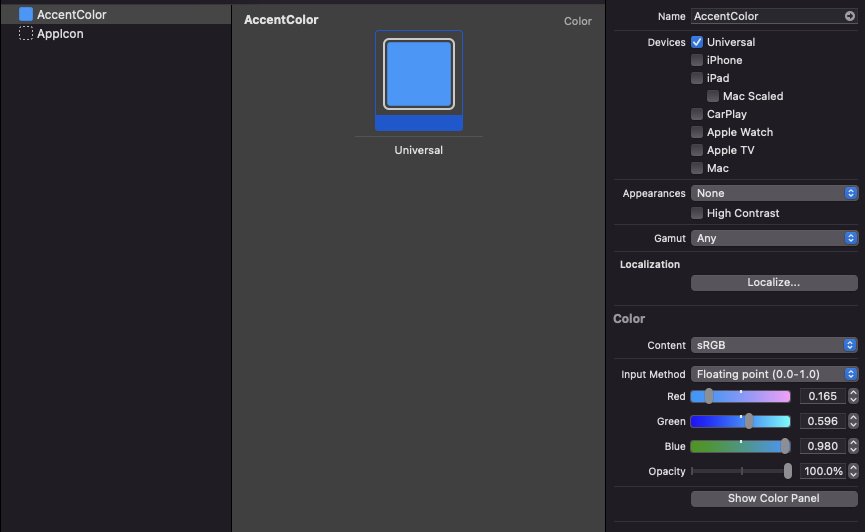 This solution builds on the accepted answer that doesn't use any library nor does it apply UINavigationBarAppearance globally.

Note I would personally not use this hack in production code, nevertheless it's interesting to see that the issues can be worked around. Use at own risk.

The solution that worked for me was to use UINavigationBarAppearance() method, then add the .id() to the NavigationView. This will automatically redraw the component when the color changes.

Now you can have reactive color changes based on a state engine.

I have used ViewModifier to apply custom colour for navigation bar. I can't say below code modified actual navigation bar, but I find this work around better than above others.

Unlike UINavigationBar.appearance(), it is not applied to all view.

Note - you have to apply this modifier on the top most view to work. e.g -

The simplest way I found was:

instead of the systemBlue you can use any other colors that you wish. You have to implement this outside the "var body: some View {}". you can also add:

on top of the init() and then you can use the .dark or .light to change the color the way you want in dark mode and light mode. example:

Not the answer you're looking for? Browse other questions tagged ios navigationbar swiftui or ask your own question.

2
SwiftUI change navigationBarTitle color with button
247
Make UINavigationBar transparent
88
In iOS13 the status bar background colour is different from the navigation bar in large text mode
58
Return from initializer without initializing all stored properties
20
How to put a logo in NavigationView in SwiftUI?
26
custom background image with large titles NavigationBar in iOS 11
23
SwiftUI – How to set the title of a NavigationView to large title (or small)?
10
Disable swipe-back for a NavigationLink SwiftUI
13
How change .navigationBarTitle font in SwiftUI?
10
Make SwiftUI navigation bar transparent
See more linked questions