What is the StrutStyle in the Flutter Text widget

What is the StrutStyle in the Flutter Text widget? I've read this documentation but I'm having trouble understanding the meaning, especially the height, leading, and fontSize parameters.

You can think of the StrutStyle as the minimum line height for text in a Text widget. The documentation is a good place to start.

Here is an image to help visualize it:

The colored rectangle on the left is the strut (although in actuality a strut has no width). The height of that rectangle is the minimum line height. The line can't be any shorter than that. But it can be taller.

You can change the vertical size of the strut by using a multiplier. 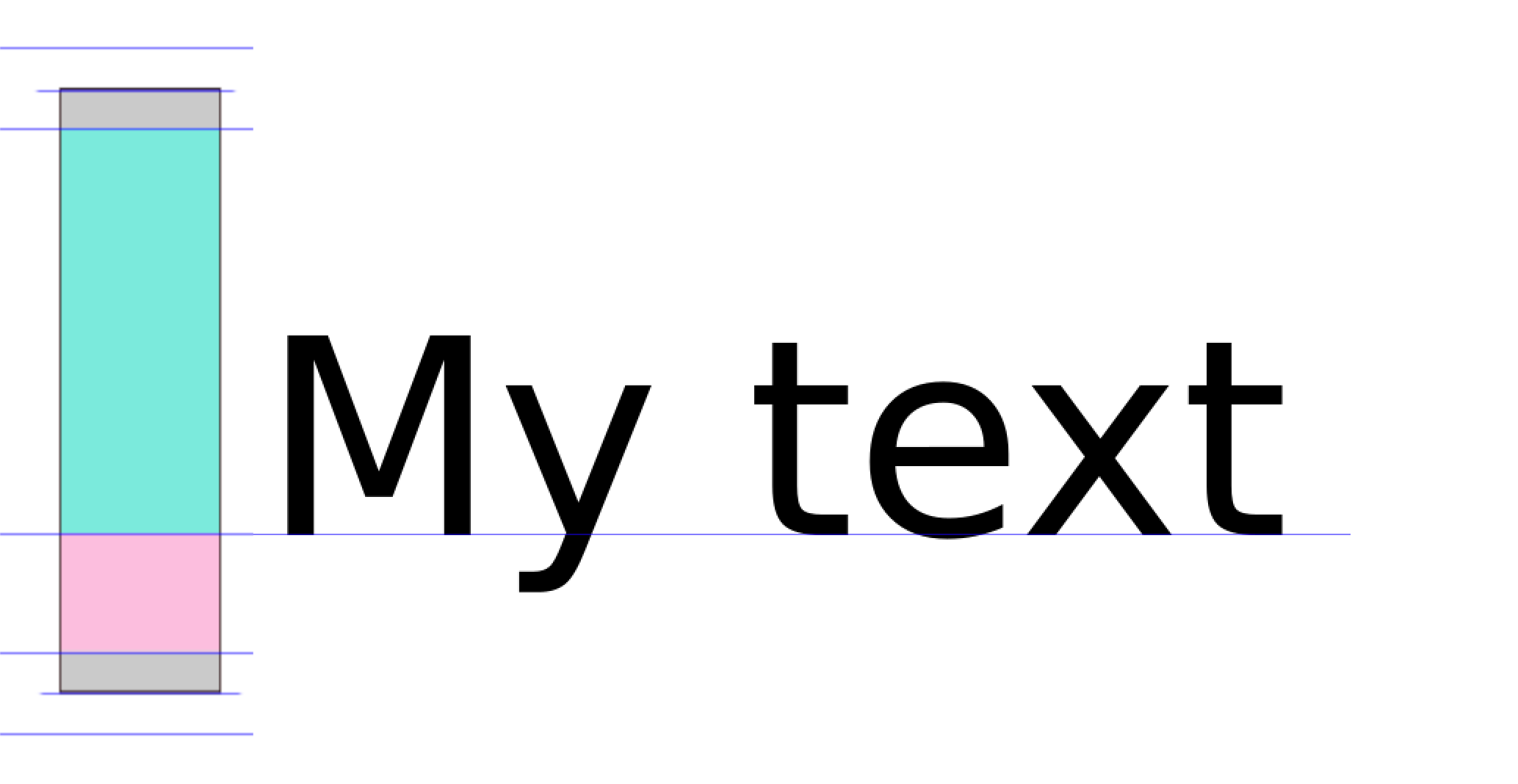 Other settings like fontFamily and fontSize just define what the font metrics are to use the height multipliers on. Also note that the TextStyle does not have to be the same as the StrutStyle.

The idea of a strut comes from CSS, which got it from TeX.

Not the answer you're looking for? Browse other questions tagged flutter dart text-widget or ask your own question.