I am trying to use BeautifulSoup to parse the claims from google.com/patents and put them into a DOCX table.

I have managed to retrieve the claims, but unfortunately the parent div tag has the first part of the claim, and the children div-s are parts of the rest of the claim as seen in the picture below.

When I run the program, the first cell in the table has the parent and all the children div text in it, and the div children propagate the following table cells.

I have tried .decompose the claim to get the parent, I have tried figuring out how to rename the children to put into the table.

I want to be able to parse the claims with the text from the beginning of the claim found in the parent into cell 1 of a DOCX table and exclude the children from the cell. The children s should go into their own cell respectively.

This is what I get when I try to run the program: 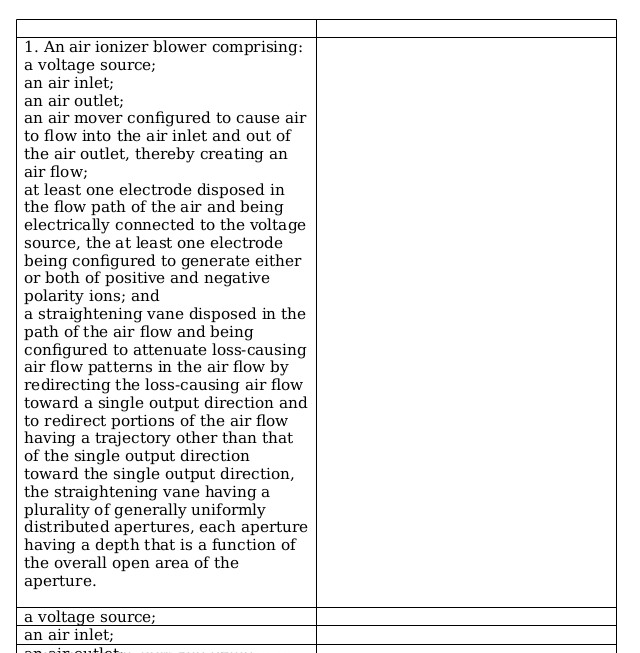 This is what I am wanting to achieve:

I haven't been able to figure out how to separate the text from the parent and the children.

To avoid getting duplicates, just get the whole text from the top div and split it appropriately, for example:

This approach only stores the independent claims.

You can get text from the parent div, then get texts from children div, then append data in a new list, created for this purpose. 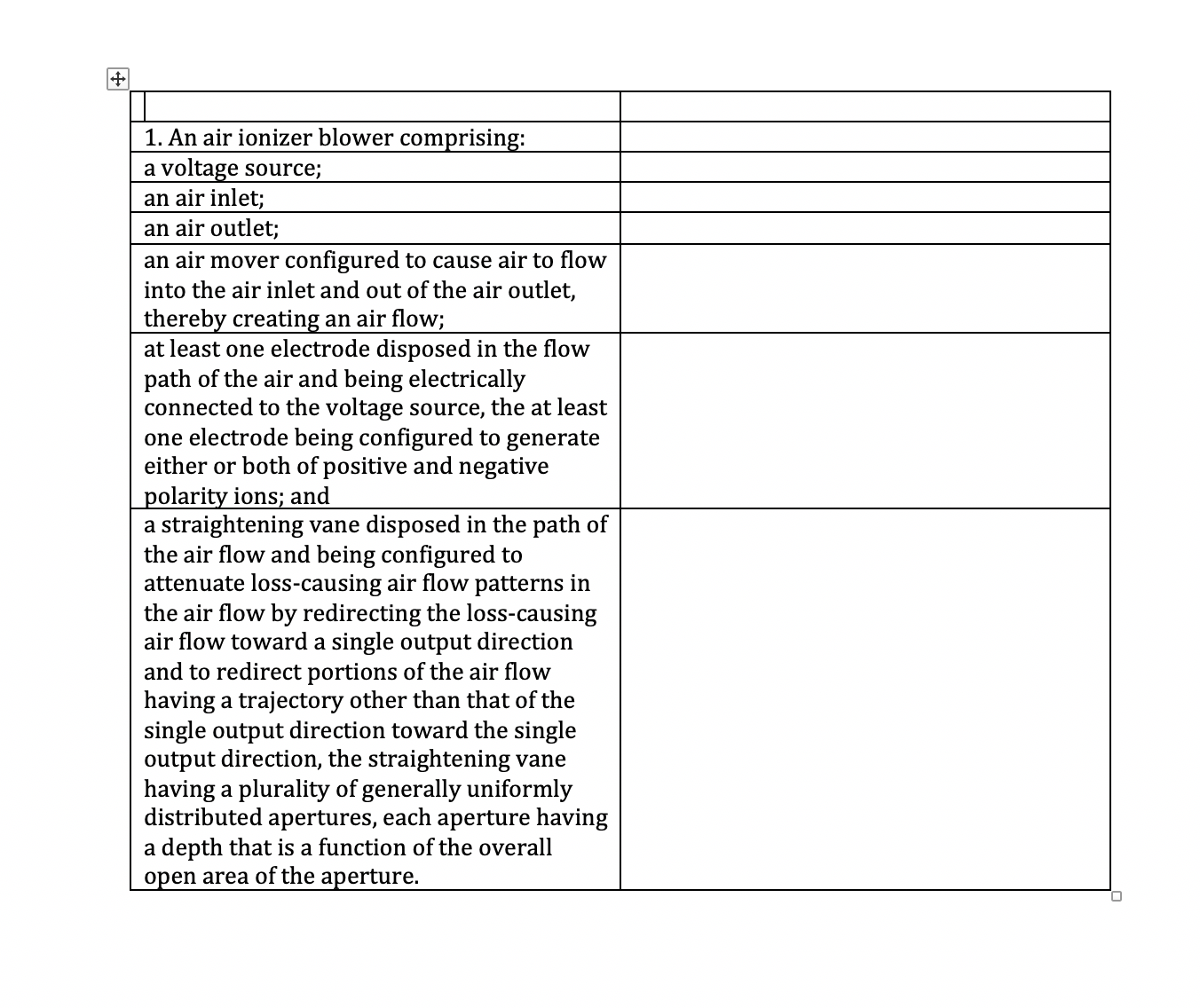 I thought I figured out the solution; but applying the code in real life has proven the code to be faulty.

The nested divs was causing duplicate entries in the table. I tried used the decompose function to fix the problem, but it fails if the claim has multiple layers of nested div tags.

Not the answer you're looking for? Browse other questions tagged python css parsing beautifulsoup python-docx or ask your own question.

759
How do I wrap text in a pre tag?
1097
How to get the filename without the extension from a path in Python?
1
Parsing Source Code (Python) Approach: Beautiful Soup, lxml, html5lib difference?
506
How can I make Flexbox children 100% height of their parent?
3
python-docx get info from dropdownlist (in table)
0
Iterating website URLs from a text file into BeautifulSoup w/ Python
1
How to read a BeautifulSoup Div Tag object as a dictionary