Before I updated this never happened before in my old project.

It seems it's specifically coming from Firebase/Core 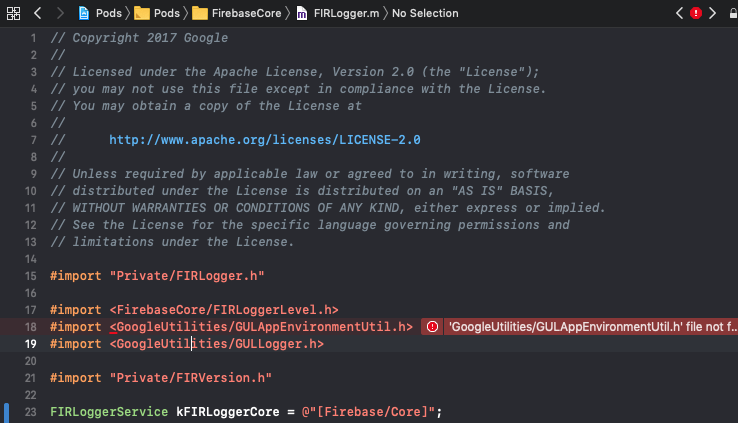 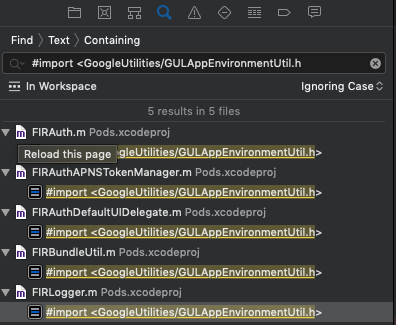 But the error won't go away. How can I fix this?

Here is my pod file:

Remove the following from the Podfile:

Those are internal Google support pods that should not be directly added to Podfiles. Some of them are no longer active and because they're being asked to be loaded, they're forcing in ancient versions of other pods, like Firebase 3.x. Firebase is currently on version 6. It's also loading an ancient version of GoogleUtilities instead of the current 6.x version which is why there are missing GoogleUtilities symbol link errors.

3- After I ran $ pod init to create the podfile, I opened it and made sure the minimum version I'm using in my Xcode project matches what's in the podfile and I also added install! 'cocoapods', :deterministic_uuids => false to the root of the pod file

[!] CocoaPods could not find compatible versions for pod "Firebase/Crash": In Podfile: Firebase/Crash Specs satisfying the Firebase/Crash dependency were found, but they required a higher minimum deployment target.

Inside my pod file I commented out Firebase/Crash

5- Afterwards I ran pod install I also ran pod update and the error from my question went away:

Install this only pod 'Firebase/Core'

Not the answer you're looking for? Browse other questions tagged ios swift xcode cocoapods or ask your own question.

15
'GoogleUtilities/GULAppEnvironmentUtil.h' file not found
22
CocoaPods file reference is a member of multiple groups
4
`'NBPhoneNumberDesc.h' file not found` after updating to Xcode 10.2, Swift 5