Is performing a mapping operation without using returned value an antipattern?

Lets say I have a list and I want to add some values into it using a mapping function:

I do this using a functional approach:

Is this an antipattern / bad logic - that is, not using the mapping operation return value for anything? Are there any good resources on this?

Yes, this is an anti-pattern. Although you could argue it is not and it is just plain misuse. I would call it an anti-pattern because for some reason there is a frequent widespread incidents of people using .map() when they should not.

The term comes from mathematics where you can map from one category to another. For example, shapes (X) to colours (Y): 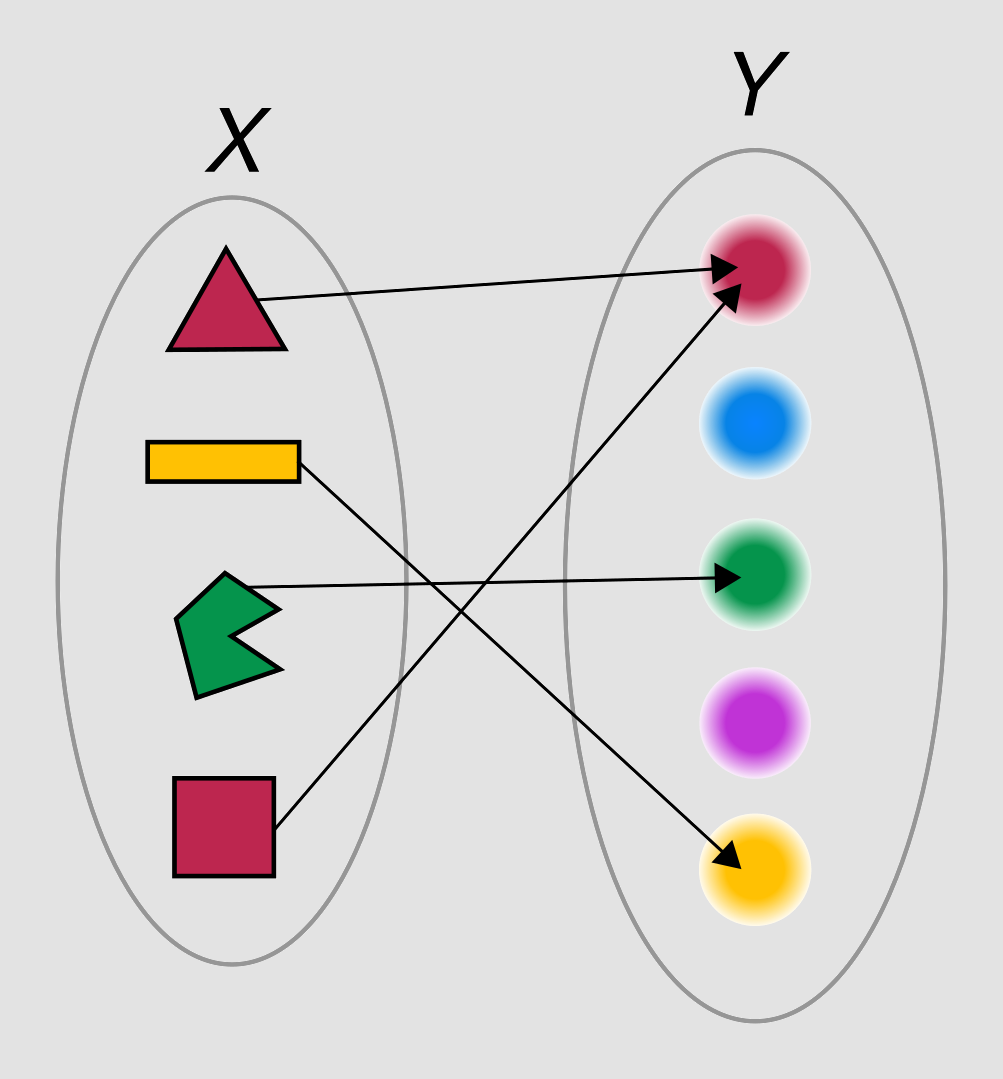 The term is also well established in computer science where map() is a higher order function doing this sort of conversion. In JavaScript, it is an array method and has clear usage - to transform the contents of one array into another. Given array X = [0, 5, 8, 3, 2, 1] we can apply x => x + 1 to it using the .map() method.

This is more wide-reaching than just the specifics of the implementation - .map() is idiomatic and if misused makes code harder to read and understand. Let's do a step-by step example:

We need a mapping function that expresses the relationship between elements. For example, transforming a letter to its position in the alphabet can be expressed via the function:

Mapping an array of letters via this function will give us an array with each of their positions:

The mapping operation is an idiom and part of understanding the code. If you see someArr.map(someFn) it sets up expectations and it is easy to understand what sort of operation is happening, without needing to know the contents of either the array or the function. When you see letters.map(letterToPositionInAlphabet) it should be trivial to understand what the intent is - get the positions in the alphabet of some letters. This is self-documenting code, we can assume the code is correct unless proven otherwise.

However, using .map() as .forEach() is breaking that intended meaning and can be confusing to read. Consider this

The line which seems like it performs mapping also immediately looks wrong because the return value is ignored. Either that line is not needed, or you have to examine what playerToPlaceInRankList does in order to find out what is actually happening here. That is unnecessary mental load for just reading what should be a straight-forward and self-documenting line of code.

The same applies to using other methods like .filter(), .find(), .every(), .some(), etc. Do not use those just because they iterate over the array, if what you want is not what they are intended to do.

229
JavaScript: Difference between .forEach() and .map()
29
Better way to check if an element only exists in one array
2
Why is a spread operator required when using .map() in React, but not in plain JavaScript?
2
Is it legit to use .map() method only for side-effects?
0
using .map() instead of .forEach for creating an object
0
How to push response in nested onject
0
How to check if an array contains all the elements of another another array
0
Wait for map to end before continuing
0
How to add index value in filter
0
Why is my data undefined after mapping although the mapping was successful?
See more linked questions

1075
What is JavaScript's highest integer value that a number can go to without losing precision?
2272
Get selected value in dropdown list using JavaScript
1
Why don't Python's list comprehensions make copies of arguments so actual objects can't be mutated?
1014
How to insert an element after another element in JavaScript without using a library?
1183
How do I get the value of text input field using JavaScript?
630
How to download a file with Node.js (without using third-party libraries)?
1
"Alter" head of list, then continue processing the list?
9
How do you store the state of an array in functional JavaScript?
3
React remove object from list of objects without unique value, using hooks