I am following the blender manual to compile, it is redundant to say that they assume that they are all expert compilers and know everything about cmake or visual studio

well ... I have this couple of lines to create a project in visual studio 2013 to 2017 according to the version that is installed on your pc. in my case it's 2017 pro and community

We provide a convenience batch file in Blender's source directory which can generate a visual studio project for you.

From the command line, run:

if you want to customize your build (i.e. select a visual studio version, platform architecture, of blender feature set), you can get a list of customizable options by typing:

Once the batch file finishes it should tell you where the project files have been written, for example:

I continue with make help, and I show this list that is not used with exactness and that does not include any example to know in what order the options apply to my sample an example of syntax

How do I have to configure my command line to get a complete project nobuild and be able to choose 32 or 64 bits??

It is necessary to clarify that if I read all the questions that the list of suggestions showed me, before formulating mine, some have given me a very superficial idea of what it is that puts me in the problem and that I am not far from solving it but none fits my problem or adapts enough to solve it by myself 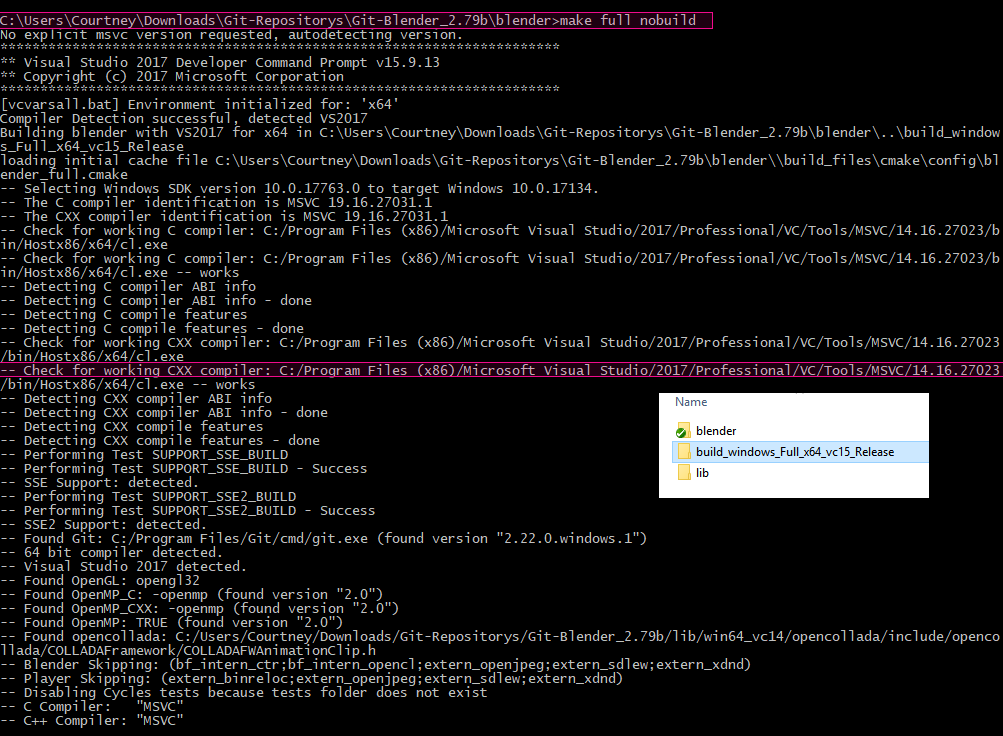 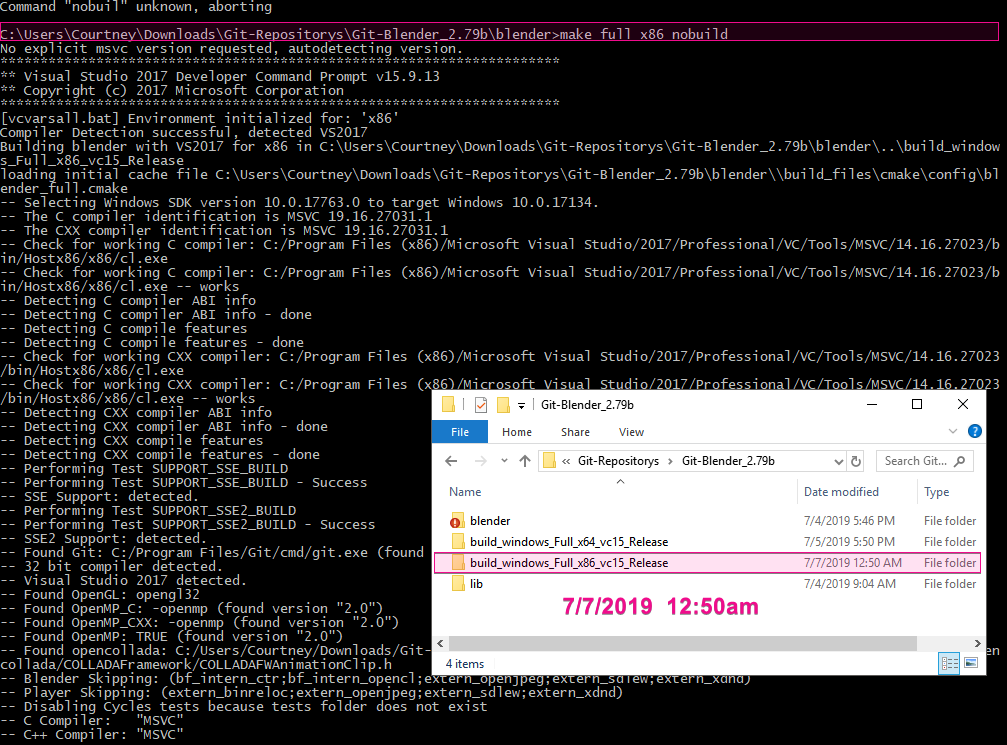 Not the answer you're looking for? Browse other questions tagged visual-studio shell cmake blender or ask your own question.