How to control (active) tools in holoviews with bokeh backend

How do I control which tools are used / active in a holoviews plot with the bokeh backend? I've seen this SO answer, but that only adds a new active tool; it doesn't keep any other tools (e.g. pan) from being active.

For a specific example, suppose I only want the hover tool. I would try doing this:

but then I end up with a plot that has hover in addition to the default tools. How do I specify the list of all tools that I want to use, so that no tools are used that aren't in that list? 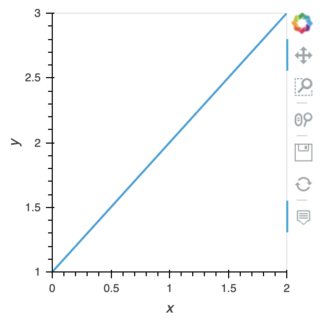 Similarly, how do I specify the list of all active tools? E.g.

gives me both pan and hover being active; I want hover to be the only tool but no tool to be active. 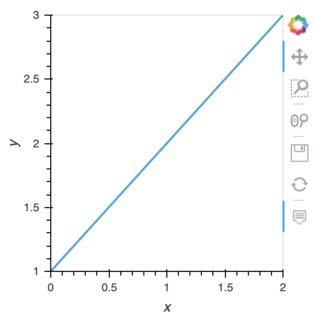 For your first question, use default_tools option:

fot the second question, there is not method in holoviews to do this, but you can set it to the Figure object directly:

For completeness, at the moment the following tools are possible:

You can get a list of all possible options by just typing a non-existing one. The informative error message will give you a list of options to choose from. So just do:

Not the answer you're looking for? Browse other questions tagged python bokeh holoviews or ask your own question.

2
How to set active tools in Holoviews
1
Turn off automatic interaction HoloViews / Bokeh charts in Jupyter?
1
Hvplot : How to delete default tools

2949
How do I change the size of figures drawn with Matplotlib?
2542
How to upgrade all Python packages with pip
4
How to do linked data selections in HoloViews with Datashader + Bokeh backend
0
holoviews/bokeh gridline issue
1
Holoviews/Bokeh Area Plot Add Hovertool to Area Plot
1
Accessing bokeh (figure) parameters within holoviews
0
3d surface plot with holoviews and "bokeh"