I'm trying to deploy a Kernel Mode Driver to a virtual machine.

The targe machine is a virtual machine on Hyper-V (Windows 10 x64 Enterprise), with boot debugging enabled : 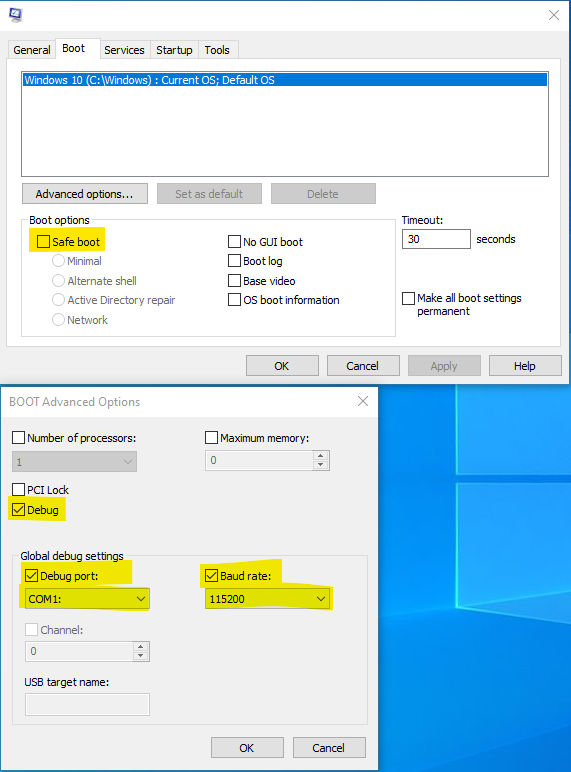 I have setup a named pipe on COM1 serial port : 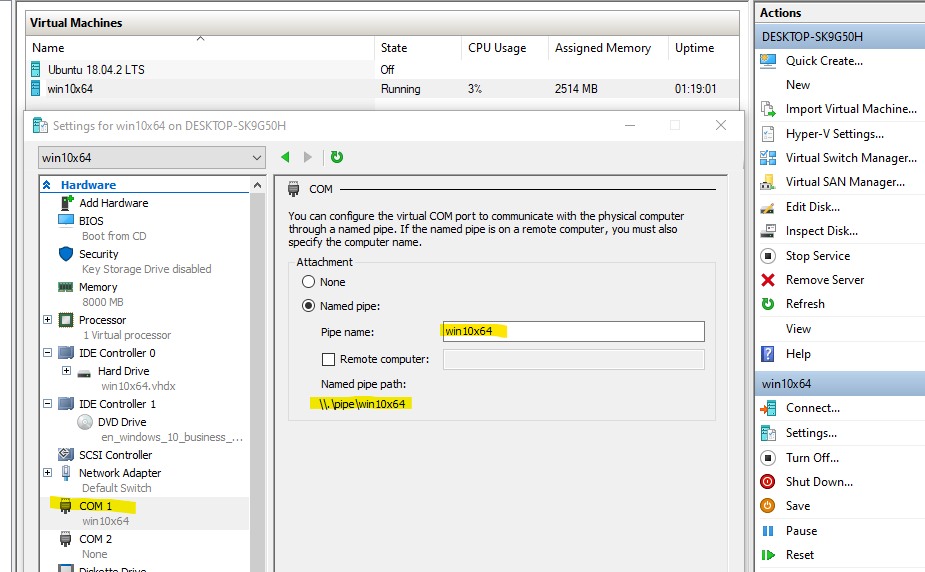 The host machine is also a Windows 10 x64 Enterprise, running Visual Studio 2019. I have followed this "hello world" guide to setup the project https://docs.microsoft.com/en-us/windows-hardware/drivers/gettingstarted/writing-a-very-small-kmdf--driver : 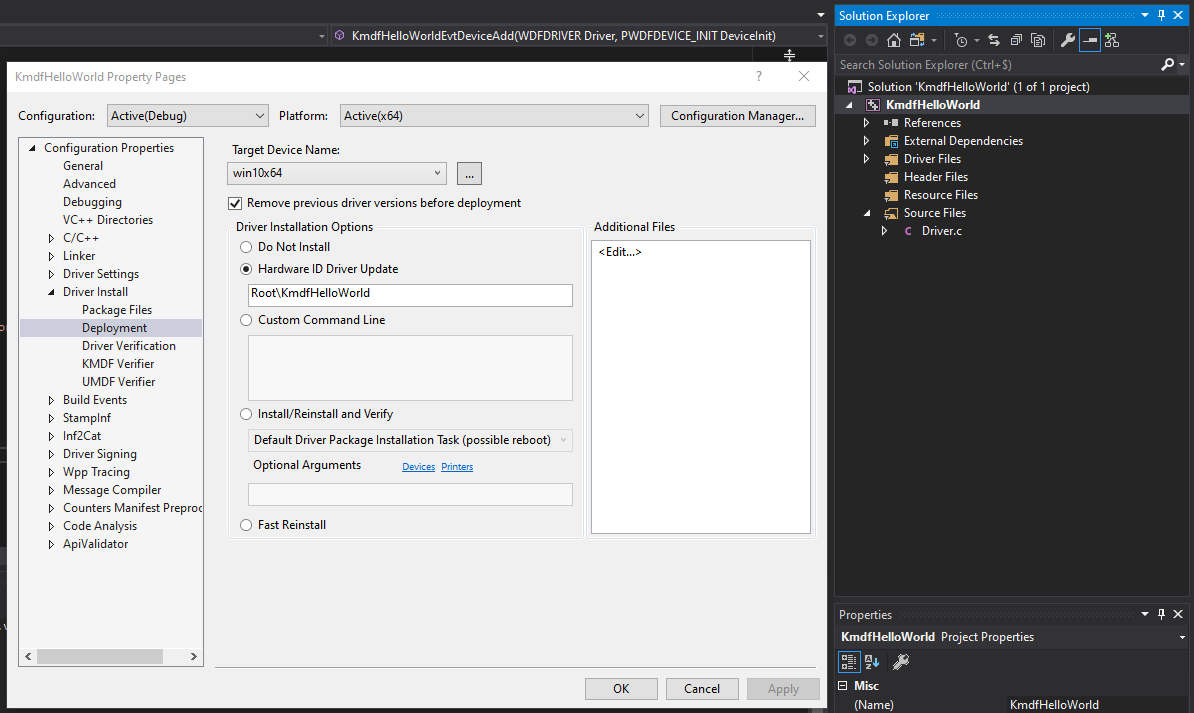 The target device is configured as followed : 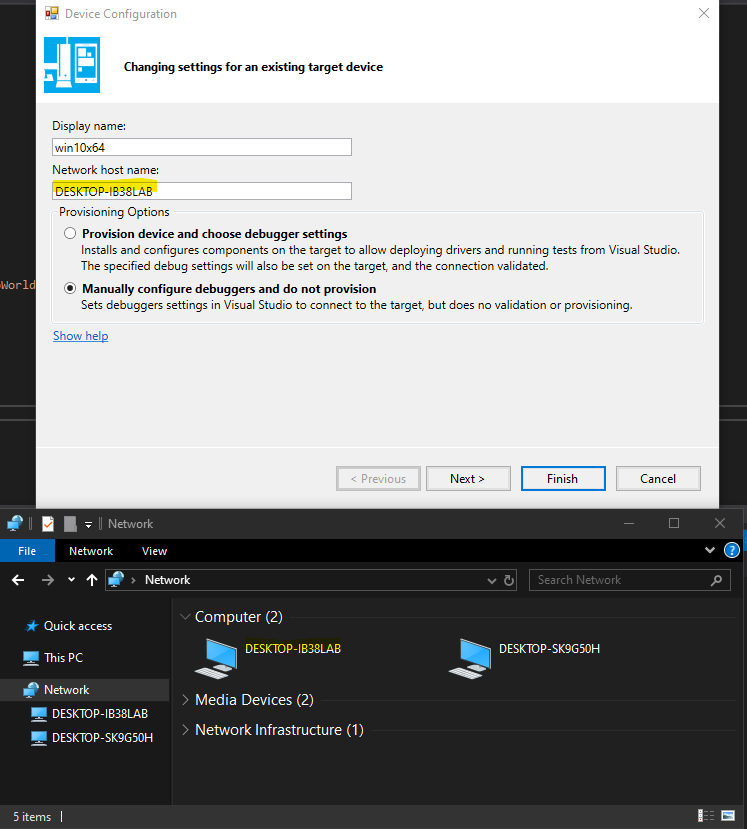 The name of the VM computer is "DESKTOP-IB38LAB". Both computers are on the same workgroup and can ping each other. The both appear in the Network tab. Firewall is disabled on both computers. 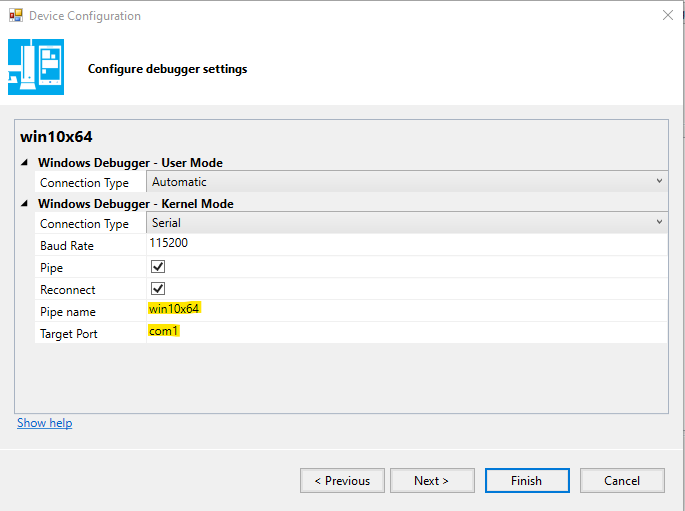 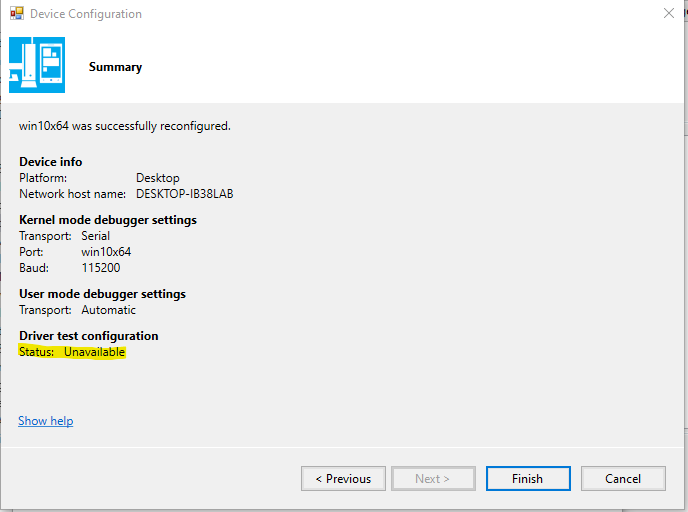 The status is "Unavailable", therefore the deploy fails with the message "Could not connect to the remote computer for deployment.".

If I choose "Provision device and choose debugger settings" instead : 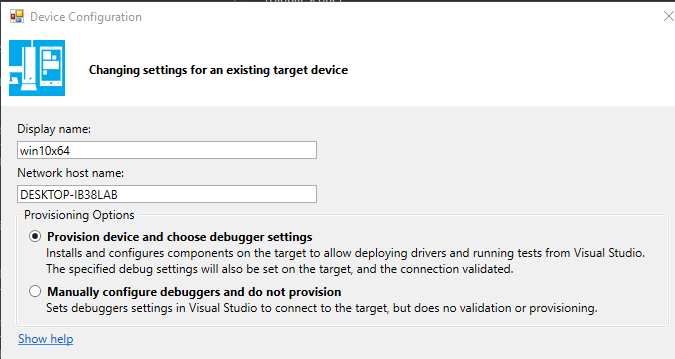 Edit : I forgot to mention, the step 3 on this guide (https://docs.microsoft.com/en-us/windows-hardware/drivers/gettingstarted/provision-a-target-computer-wdk-8-1) says :

But when I installed the WDK on the target computer, I only have these in this folder :

The name doesn't really match. I have ran both.

Note : I can bebug the target machine kernel with WinDbg using the named pipe.

I have mixed up "winsdksetup.exe" with "wdksetup.exe". The target machine needs the WDK (Windows Driver Kit) to be installed, not the Windows SDK (Software Developement Kit). Now I can find "WDK Test Target Setup x64-x64_en-us.exe" and everything works fine.

Not the answer you're looking for? Browse other questions tagged deployment windows-10 driver hyper-v visual-studio-2019 or ask your own question.