When testing my app in a real device connected to a tv or monitor by hdmi cable, the content that is showed in the connected screen is not showed in full screen.

In a real device with a real connected screen: 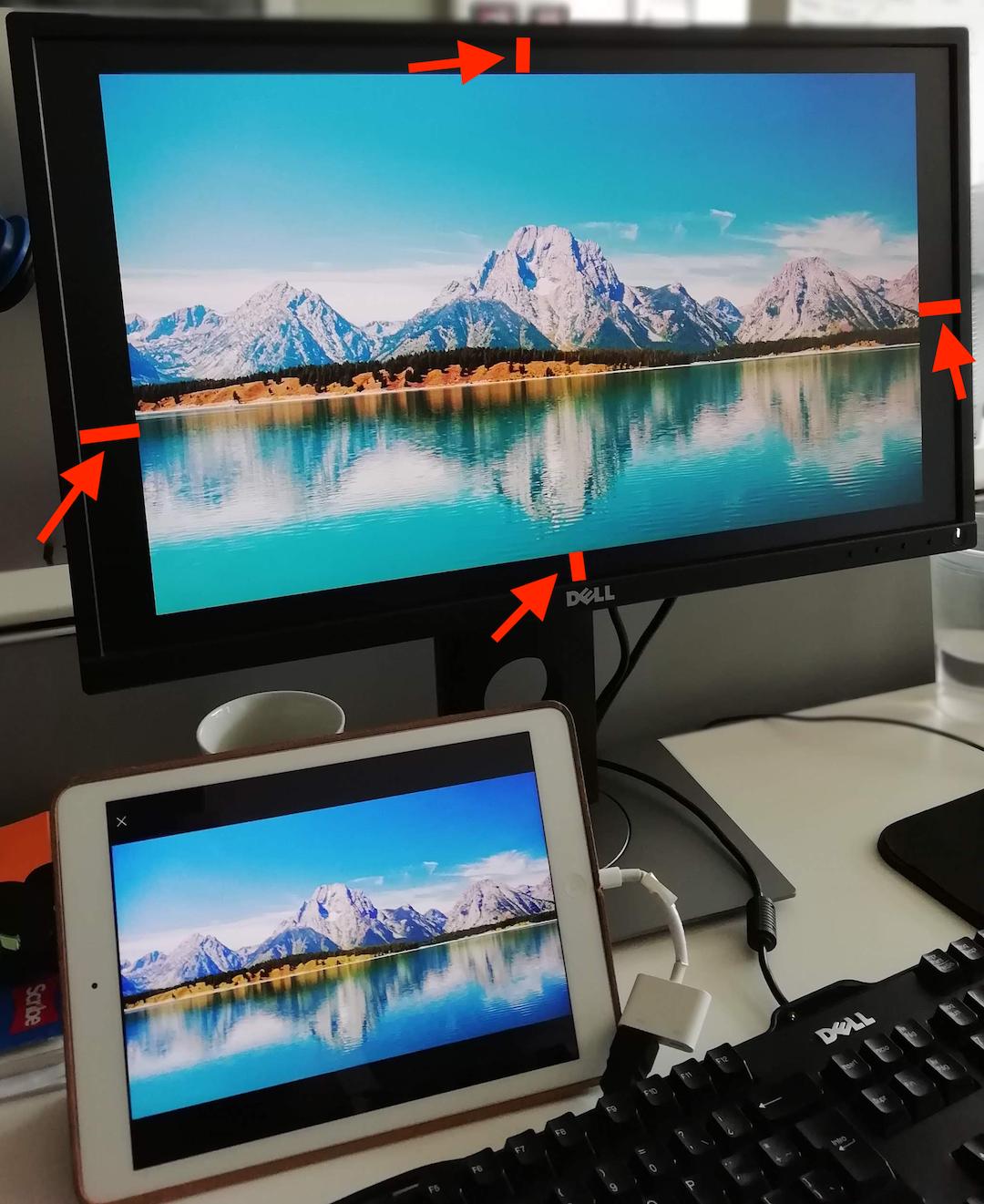 I have tested my app in the iOS Simulator with the simulated connected screen and everything works great.

In the iOS Simulator: 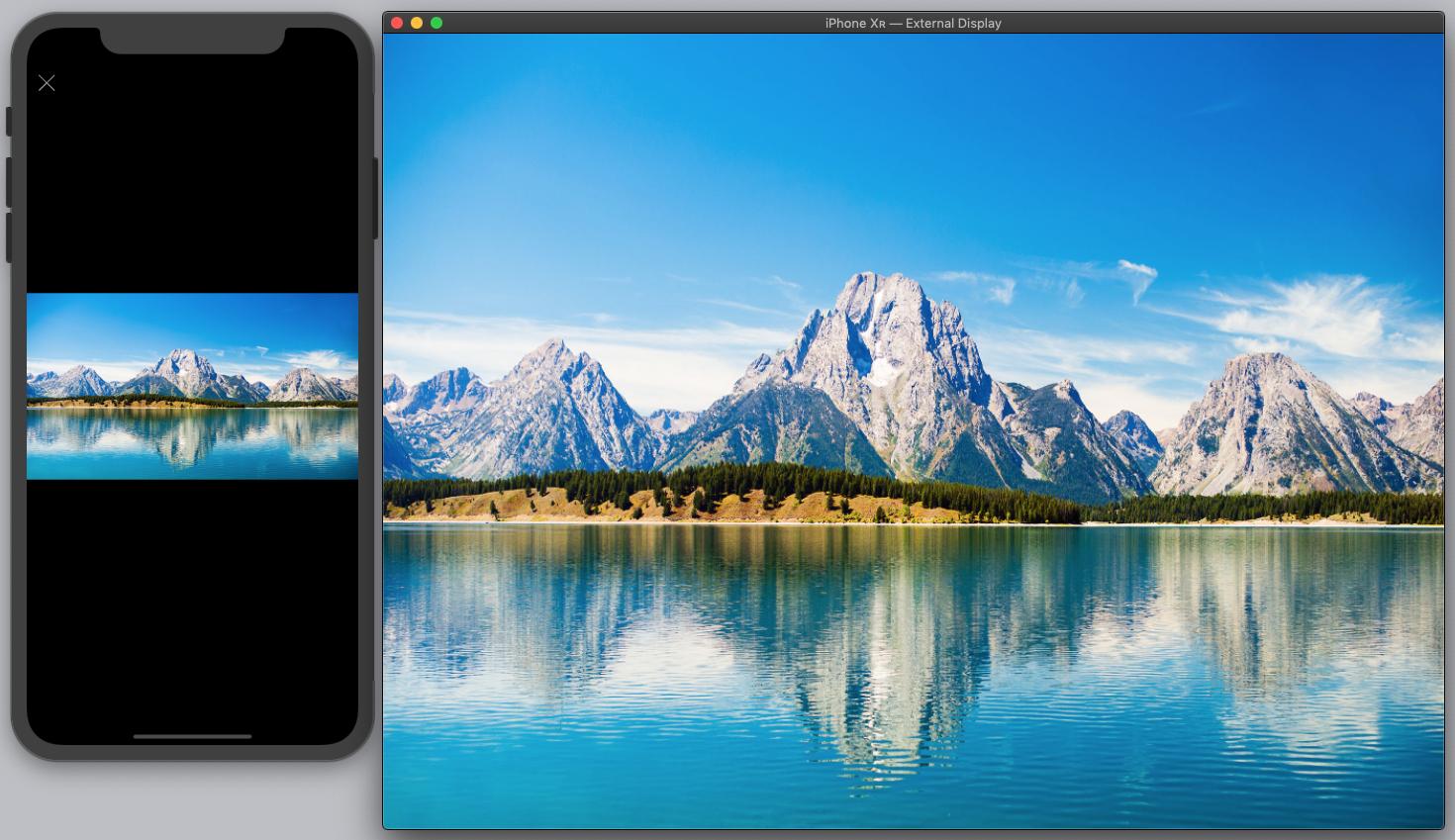 I have tested my app in different kinds of screens and the content in the connected screen is never showed in full screen when using real devices.

I have also tested this example having the same results.

This is part of the code:

As showed in the previous images there is a space between the monitor screen border and the content I set.

It's not an issue with the app/code, it's an issue of the screen ratio. While connecting it to the external screen the monitor keep the iPad screen ratio. The only way is to manually change the size of the content on the monitor itself by stretching it. Hope it helps!

Set your second screen with overscanCompensation to .none will certainly help. It did for me.

Not the answer you're looking for? Browse other questions tagged ios swift or ask your own question.