Is there an interactive graphing library for python

I'm looking for an interactive graphing library for Python.

By "graph", I meant a set of nodes connected by a set of vertices (not a plot of values over x-y axis, nor a grid of pixels).

By "interactive", I meant I can drag-and-drop the nodes around and I need to be able to click on the nodes/vertices and have the library pass the nodes/vertices to my callbacks, which may add/remove nodes/vertices or display information (I cannot load the full graph at startup as the dataset is too large/complex; instead I'll be loading only the necessary slices of data depending on user inputs).

By Python, I meant the programming language Python, the graphing library should have CPython binding. I have Python 2.7 and Python 3.1, but can downgrade to 2.6 if necessary. This language requirement is because the dataset I'm working with only have Python binding.

The graphing library must support directed graph and be able to layout the nodes automatically. I need to put labels on the nodes.

Preferably, the layouting algorithm should place adjacent nodes near each other. It should be able to handle from 100-1000 nodes and about 300-4000 vertices reasonably in my 4 year old laptop (I typically start with around 100 nodes, but the number might expand depending on user input). Preferably it should be a library with not too many dependencies (except perhaps for Gnome). Open source is preferred.

I have already written a simple prototype of my program using Tkinter Canvas, but I need a more serious graphing library to expand the program. I've looked at graphviz and matplotlib, but apparently they're only for working with static graphs and apparently would need significant amount of work to do interactive manipulations (correct me if I'm wrong, I've only looked at them briefly). I've also tried generating the graph to an SVG file and using Inkscape to view it, but it's too slow and takes too much memory and because of the sheer number of vertices it becomes a tangled mess. 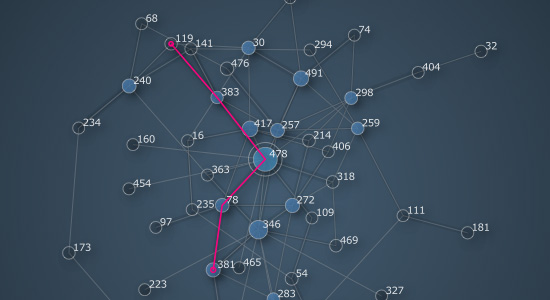 The graph object has functionality for mouse interaction as well, bundled in the graph.events object. It has the following properties:

Gephi is an interactive visualization and exploration platform for all kinds of networks and complex systems, dynamic and hierarchical graphs. 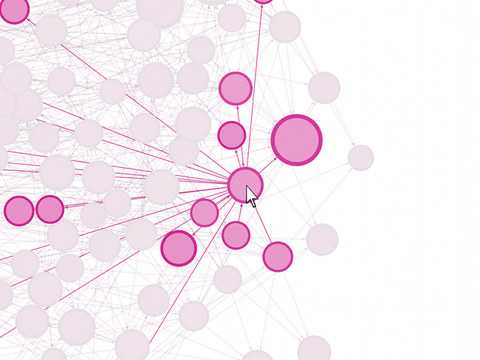 You should definitely look at the igraph library if you haven't.

It's a powerful library that can handle large graphs and different layout styles. It can also be used for directed graphs and for interactive and non-interactive visualitzations in 2D and 3D according to the list of features. There is also a tutorial.

Update: Another well-known library is NetworkX for which there are Python packages here. Note that the Mac/Windows software Nodebox, recommended by Acorn, uses NetworkX algorithms.

I have the same problem. In the end, I think nodebox opengl seems to do the trick. Don't try to use the graph library at the following link

with nodebox opengl. It doesn't work, that graph library is only compatible with the mac OSX nodebox. But in anycase that is ok because you don't need it.

See for example the following question:

Adding label to an edge of a graph in nodebox opnegl

It shows example code which works for me, the code can be modified so that clicking on a node not only allows you to move the node, but also allows you to modify the graph.

from the code and it works.

Not the answer you're looking for? Browse other questions tagged python graph interactive or ask your own question.