how to get code coverage in react with react testing library

I am not using jest/jest-cli complete pacakge. I am using react testing library along with that jest-dom(@testing-library/jest-dom) it might be some sub pacakge or something i am not sure what to call it exactly.

How to get code coverage using react testing library? 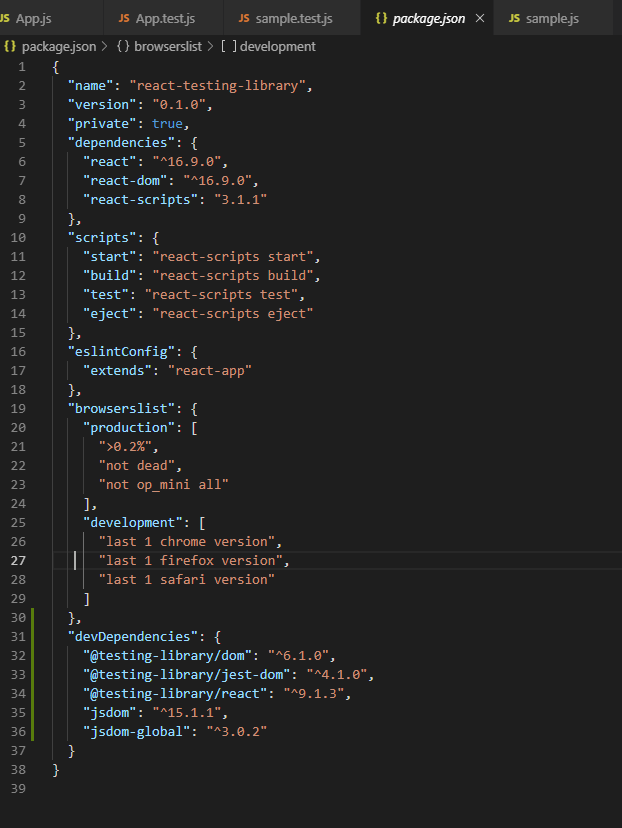 Well, create-react-app is giving you a lot out of the box but it is also imposing some constraints...

You can't just add the flag --coverage to npm run test because that script is already running your tests in watch mode (and things like running only failed tests and other things that you can do in the interactive mode would affect your coverage report anyway).

And because you already have a test task in your package.json you can simplify your task as so:

Alright, we are getting closer... So now, on top of that add the --coverage flag and you are all set:

And you will see your report in the terminal and the coverage folder will be generated, where you can see a lot of useful info, by the way!

The RTL doesn't provide testing coverage stats, but Jest does if you add the following to package.json:

Then you can run:

See either the answer I link to above or Watchmaker's answer even further above for more details.