Whenever we release a new version of our Angular App, the page will not load for users unless they clear their cache. It just keeps our loader spinning forever and is stuck on index.html.

In the chrome console there is an error saying that styles.css-hash has a MIME type of ('text/html') and that it is not a supported stylesheet MIME type. Note that I have also seen this happen with javascript files, including the main.js-hash from angular.

If we shift-click refresh or ctrl F5 to clear cache it loads the new styles.css-newhash and the page will load.

I have the stylesheet referenced in the angular.json (we are using angular 7) and not in the index.html.

We are not using the angular service worker. 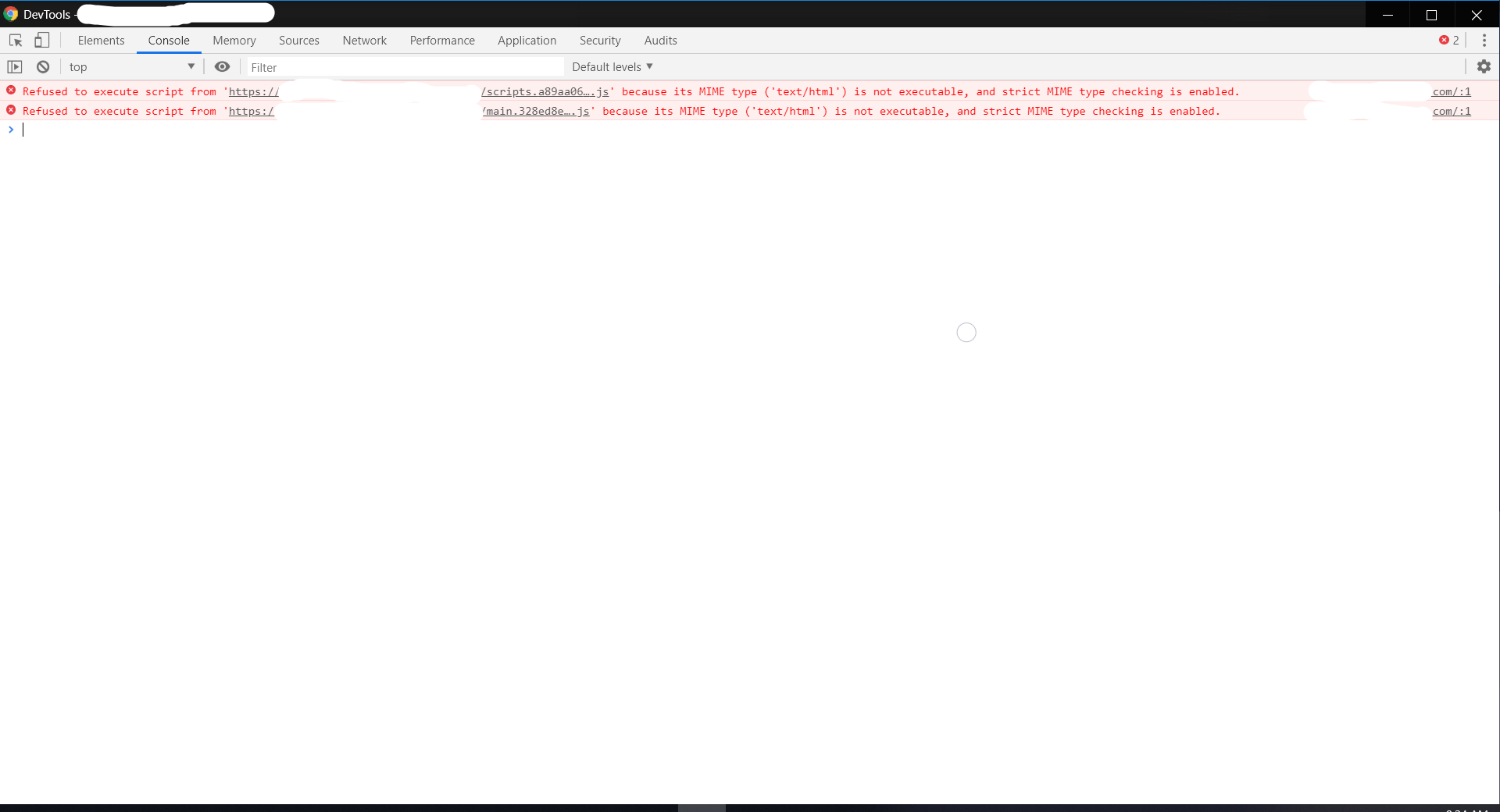 It's the webserver, not Angular. Since the #hash has changed, the previous file does not exist anymore.

The webserver is most likely showing a Page not found also known as 404 page, which has a mime of text/html, since it's a webpage.

You need to clear the cache on cache services like Cloudfront / Fastly / Varnish etc. if you have any.

You could also add no-cacheheaders to the page, but this is not recommended, it's better to set a lesser cache time than standard, depending on your release / update frequency.

You should really remove the #hash part from production files, to not have this problem on production servers. Then the cached files will work until they are cleared, and the new ones will kick in.

It might be that it's a problem with how your server is configured and your index.html file is being cached. On deploying a new version, you might be getting the old index.html file(unless user clears cache), and hence fetching the previous hash versions of css/js files, which of course are not there anymore.

So the web server responds with 404 and some Not Found content html type.

Not the answer you're looking for? Browse other questions tagged javascript css angular or ask your own question.

1764
Retrieve the position (X,Y) of an HTML element relative to the browser window
2064
Vertically align text next to an image?
2359
How do I give text or an image a transparent background using CSS?
5475
How to disable text selection highlighting
2367
Get selected text from a drop-down list (select box) using jQuery
557
Link and execute external JavaScript file hosted on GitHub
933
Angular HTML binding