Flutter: Could not find the built application bundle at build/ios/iphonesimulator/Runner.app

I am trying to run my application in debug mode from VSCode. However, every time, regardless if I am running on a simulator or a real device, the debug console outputs

When I went to the specified directory, my app bundle is being built every time but instead of being named Runner.app it is named MyAppName.app. I suspect the difference in name is causing the VSCode compiler to not being able to locate Runner.app.

My question: How do I change my build settings so that the build bundle is named Runner.app again?

Just open you project in Xcode and Put "Runner" back in Display Name if you want to change application name please go into info.plist and change bundle name from there. 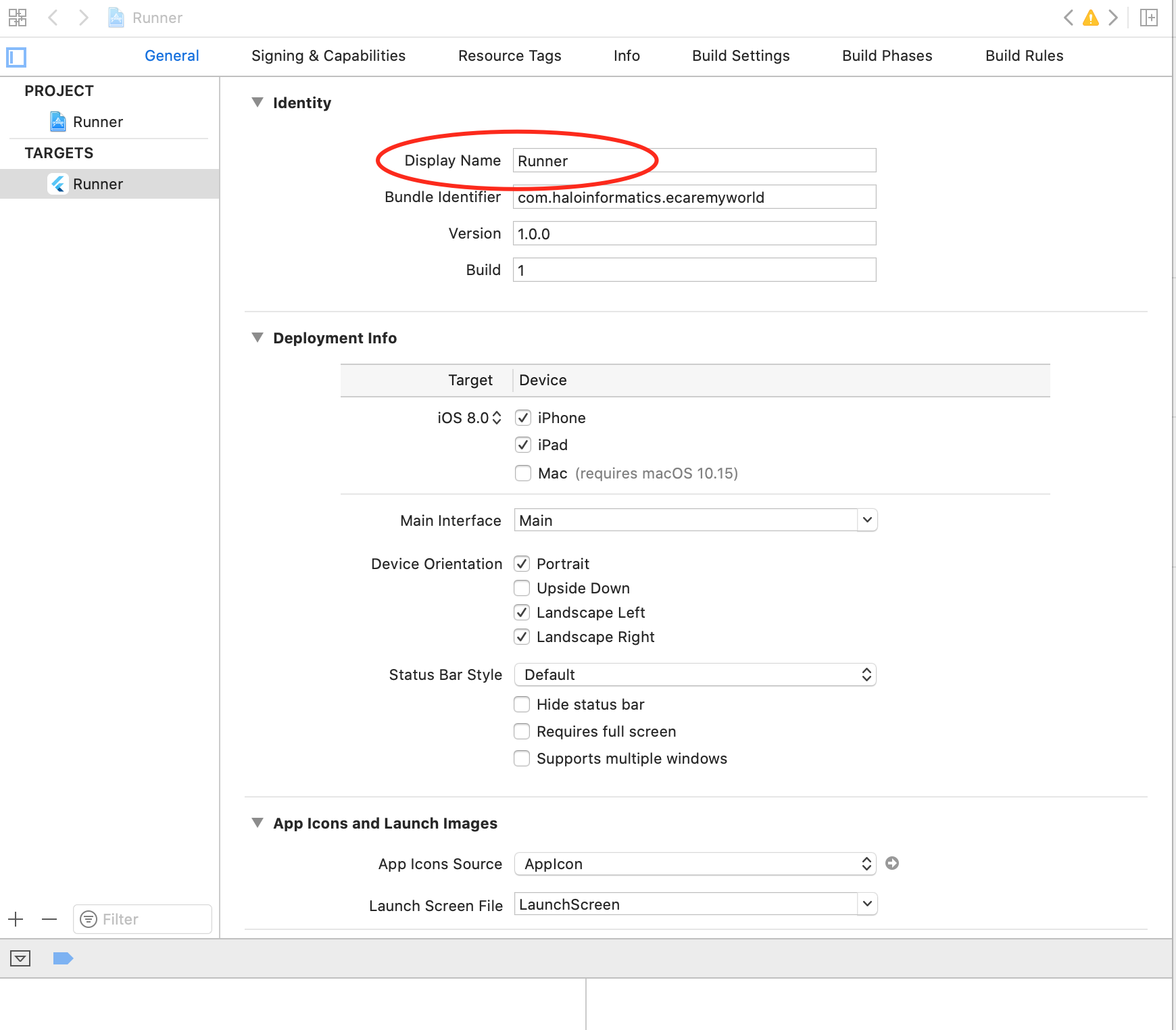 Change App name to Runner. If this doesn't work then Select Runner->Runner(Target)->Build Settings->Packaging-> "Product Name" change it to Runner. That will definitely work.

Maybe you changed name of the application via xcode? Then in

This happened to me when I created PUSH certificates for my app and also updated Flutter SDK. Not sure what caused this but below solution worked for me.

To resolve this, try below measures, preferably sequentially in terminal:

After running these commands, it should work fine, and if not, try run this command below in terminal:

Not the answer you're looking for? Browse other questions tagged ios xcode flutter visual-studio-code or ask your own question.