How to get the current branch within Github Actions?

I'm building Docker images with Github Actions and want to tag images with the branch name.

after that, I can use it in the next steps with

I believe GITHUB_REF is the only environment variable that includes the branch name.

You can extract just the branch name from the rest of that string like this:

See this answer for more on parameter expansion syntax.

For reference the page Virtual environments for GitHub Actions lists all of the environment variables available in the execution environment.

Be aware that if you are executing your GitHub action on pull request trigger, then GITHUB_REF variable will contain something like refs/pull/421/merge so if you will try to git push to that name it will most likely fail.

What you can use though are references on the GitHub context in your YAML. Something like: ${{ github.head_ref }} 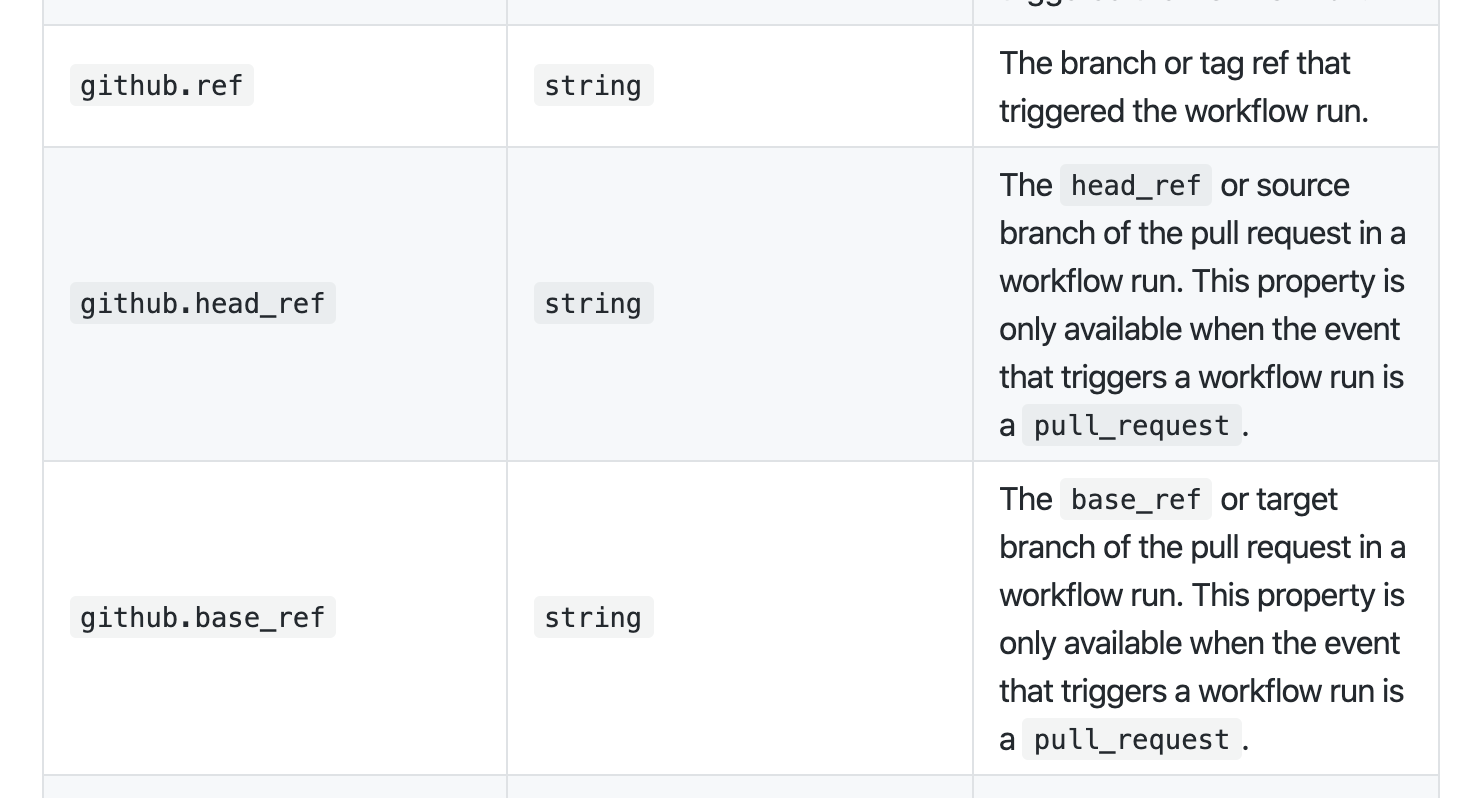 This works for every trigger that you can specify under on (e.g push or pull_request):

GitHub now supports the GITHUB_REF_NAME, which stands for: The branch or tag name that triggered the workflow run.

Using setenv is now deprecated. It is advised to use environment files. Building on @youjin's answer, while still allowing feature/ branches (replacing all occurences of / with -), I am now using this:

How to get the current branch within Github Actions?

Assuming ${{ github.ref }} is something like refs/heads/mybranch, you can extract the branch name using the following method:

If your branch includes slashes (such as feature/foo), use the following syntax:

Or use the method from the accepted answer, here is much shorter version (lint friendly):

Then refer in other steps as ${{ steps.myref.outputs.branch }}.

The GitHub Action FranzDiebold/github-env-vars-action exposes several useful environment variables, such as current branch name and their slug values. I made this action exactly for this use case. 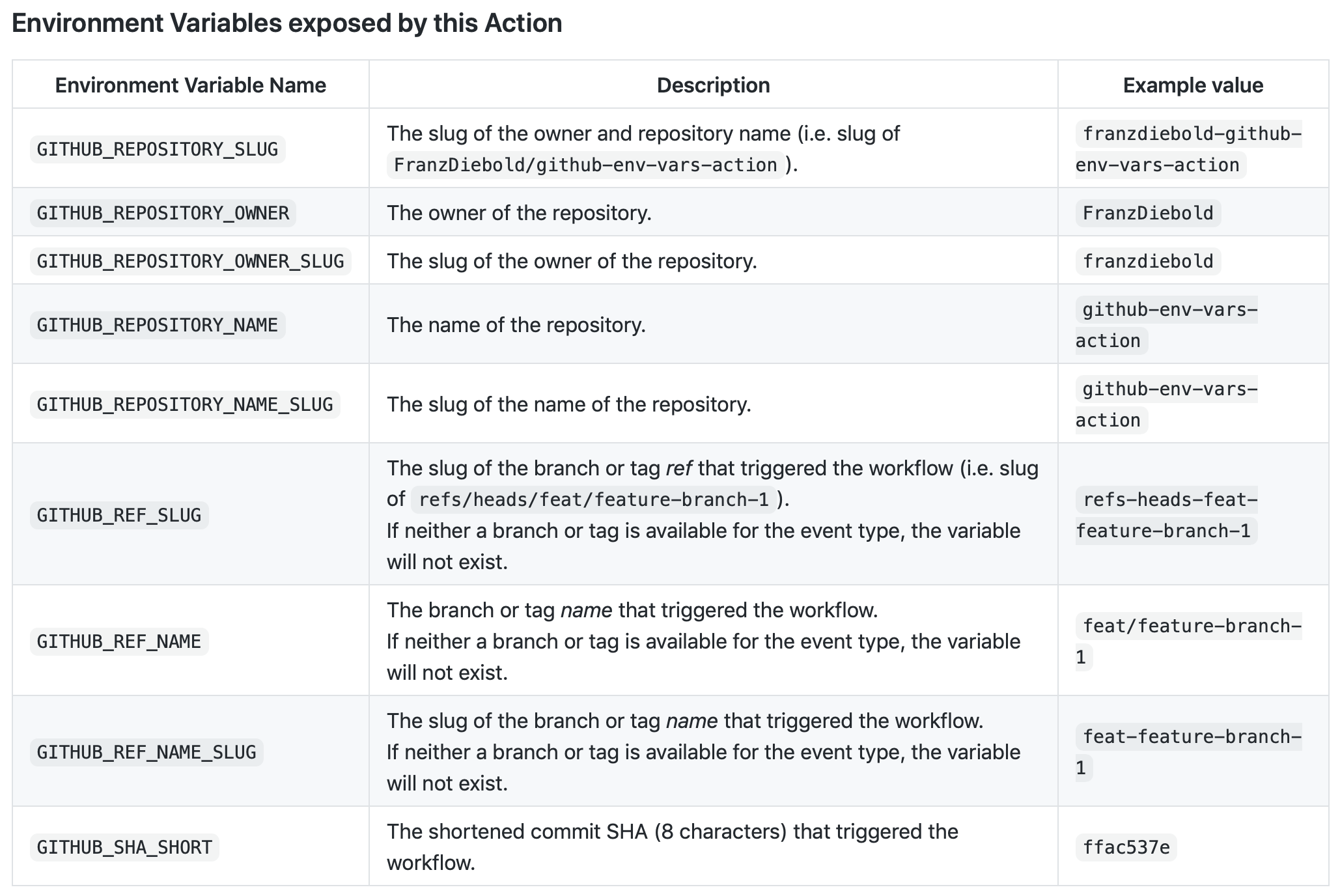 A demo for all Operating systems (Linux, macOS and Windows) is also available in the demo workflows file of the repository!

So if your triggered action workflow branch is main this variable will be set to main. This is useful if you have multiple repos with release and main branches, for instance.

To set it as an environment variable, I use this syntax:

Seems to work fine for for pushes at least. See ref_name for more details. It says:

The branch or tag name that triggered the workflow run.

I just made a simple test within GitHub Actions using a bash script:

Here is screenshot of the output: 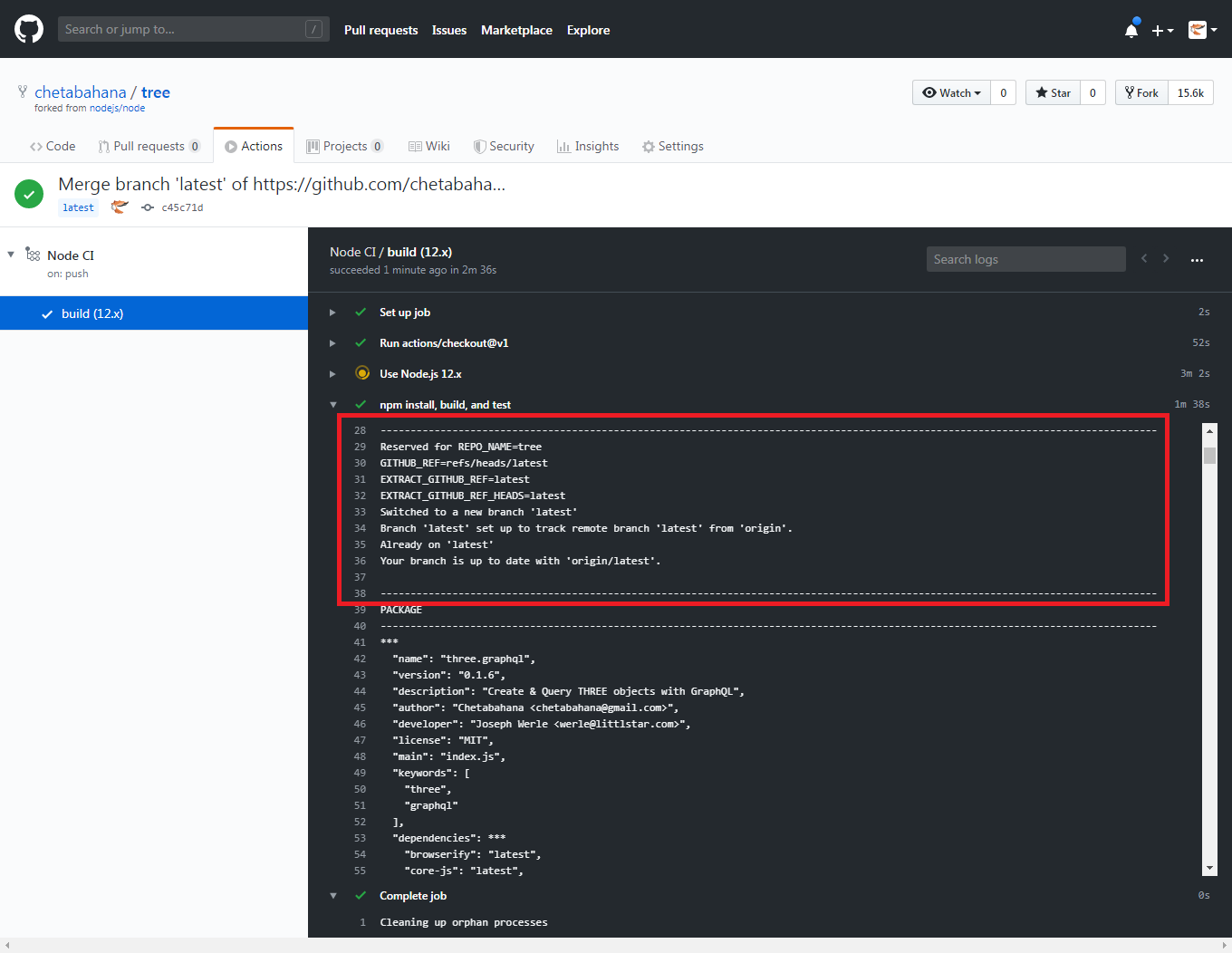 If you're using V2 of actions/checkout then you can always just run git branch --show-current to just get the name of the branch currently checked out.

Solution to deal with both pull_request and push events. Implements the workaround to save obtained branch name for further steps, since set-env is deprecated. Doesn't require third-party actions.

To also deal with the pull_request event (in which case the $GITHUB_REF contains something not useful like refs/pull/519/merge) you can use this one liner:

Use branch name on GitHub actions

For people using Windows image to run actions, a few key points to know about:

So, all in all, you don't need to waste potentially hours trying to figure out how to do things in dilapidated cmd way (like I did).

And for the simple purpose of getting the name of the current branch, you can either use the popular solutions while setting the shell to 'bash', or use for example the following simple way to set a variable in the default PowerShell shell:

I made an action that gets the branch name regardless of pull_request trigger or not. https://github.com/EthanSK/git-branch-name-action

There's a very simple git command to get the current branch:

To get the output in an env file variable simply put:

To get the output from the env variable:

Just repeating here for better visibility what others have written as simple comments in previous replies:

The branch name for pull requests only is exposed in this environment variable:

GITHUB_HEAD_REF Only set for pull request events. The name of the head branch.

In GitHub actions, the corresponding context key is:

You can use the above command and replace whatever branch or event you want to run for.

Running on Windows?. Windows default command is a PowerShell terminal.

Here's a snippet which set's an environment variable based on $GITHUB_REF, which defaults to dev if not present.

Adjust the sed command as per your requirements.

Normally, I always have a script written in either nodejs or python, which gets invoked from the workflow.yaml. The script normally takes care of works like getting proper branch reference.

I have a function like below, in a prepare-deployment.js script-

This takes care of the following scenarios-

We currently have a separate job, that runs before all other jobs. That step determines in what environment it runs, based on the branch name. Our branches are associated with specific environments to deploy infrastructure and code bases. Each environment also has its own secrets (github enterprise feature).

The output environment variable can be used in all other consecutive jobs. You can use that variable within a step, to set it as NODE_ENV for example, or tag a docker image with it. You could also set a concurrency on that specific variable to ensure that only a single job or workflow using the same value will run at a time. This makes it very powerful.

Below is an example of what I described above:

Note: because extracting the environment name is not done in bash or powershell, you are bound to the limited expressions github actions offers. If you need more fancy stuff you could do it differently, there is no single truth. However, I always like to keep things simple and readable.

If you don't mind using other people's github actions, you could use one of the many actions from the marketplace that do a find a replace. An example can be found here, that looks like:

To get the ref name on a delete event I ended up using sed.

I have had to do this several different times for events that run on the PR sync event and then on push to main (e.g. building tagged container images) and I don't particularly like:

I thought I would add a small bash snippet that will work on push and pull_request events since I didn't see one here:

The $ref variable will hold the branch name on push and pull_request events and will handle gitflow/style/branches.

This works on the assumption that GH actions creates a (typically unexpected) {pr number}/merge branch for actions that run on PR sync, the grep call will only return 0 when the branch name matches the (Perl-style) regex and follow the && path to export ref as the value of GITHUB_HEAD_REF. Or, for branches that don't match the regex (like main).

The output redirect on grep just prevents the case of a regex match printing to stdout.

Naturally, this won't work if you need the push event on a branch that matches the regex.

852
Pull a certain branch from the remote server
5196
How to determine the URL that a local Git repository was originally cloned from
1796
Git push requires username and password
4554
How do I update or sync a forked repository on GitHub?
1319
GitHub relative link in Markdown file
3058
How to add images to README.md on GitHub?
1390
Create a tag in a GitHub repository
484
How can I check out a GitHub pull request with git?
894
There is no tracking information for the current branch