In Xcode 4 how do I add a remote GitHub repository to an existing local project?

The Git integration in Xcode 4 is very welcome however it seems to be a bit flaky when it comes to dealing with remote repositories. For clarity I'm using OS X version 10.6.7 and Xcode 4.0.2 (4A2002a).

If I create a new Xcode 4 Project and accept the option to create a local Git repository, all is well. I can commit locally and that's great.

So I switch to using git commands in Terminal.

then the Choose the repository to which to push changes. dialog appears listing the origin remote repository. There's a yellow indicator saying that Authentication is required, which is fine as I've not been able to enter my credentials yet for HTTPS. However when I click 'Push' and it tries to push the changes it says "The operation could not be performed because access to the repository 'origin' is denied."

A dialog prompting me for my username and password then appears with my pre-filled out so it must be reading this correctly from the local repository's config.

If I restart Xcode an origin repository has been added to the Repositories browser in Organizer and I can see the master branch on GitHub so I know the credentials are right without me changing anything.

Has anyone found a reliable way of using Xcode 4 with GitHub starting with a local project first?

If I clone an existing GitHub repository with an Xcode project in it, open it with Xcode 4 then even though the first Push seems to fail, the 2nd push did then work. So maybe starting from absolute scratch with Xcode 4 creating the repository for me isn't the best pattern (until they improve the Git tooling in a later version of Xcode 4).

EDIT WITH FURTHER DETAILS OF ONE WORKAROUND

This example only really applies to the first project you're adding to a GitHub repository. As such I think you're better off with the following steps, bearing in mind there still seem to be some Xcode 'gotchas' in this solution.

One thing I've spotted and not managed to work out yet is that the response messages back from GitHub with the checkin hash value and any messages seem to get reported in Xcode Log navigator as Push failures, even though the Push is successful as far as GitHub is concerned.

Anyone else have a better solution?

I think I found the Xcode way to push a existing project to GitHub or any other remote repository!

Push it to remote

I hope it will works for you also! In my case it works with every remote git repository.

I've done this successfully using an ssh connection (which looks like git@github.com:<username>/<project>.git). It authenticates the user based on an SSH public key, which you can generate on the command line--lots of docs about that at github in the "help" section.

Xcode 6.2 (and possibly 6.x) changed things around. There no longer is a Repositories tab in the Organizer. Here's how to do it with the newer Xcodes.

To add a project with a local git repository to GitHub, this is what you do: 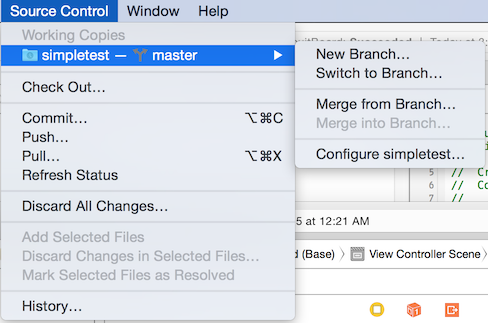 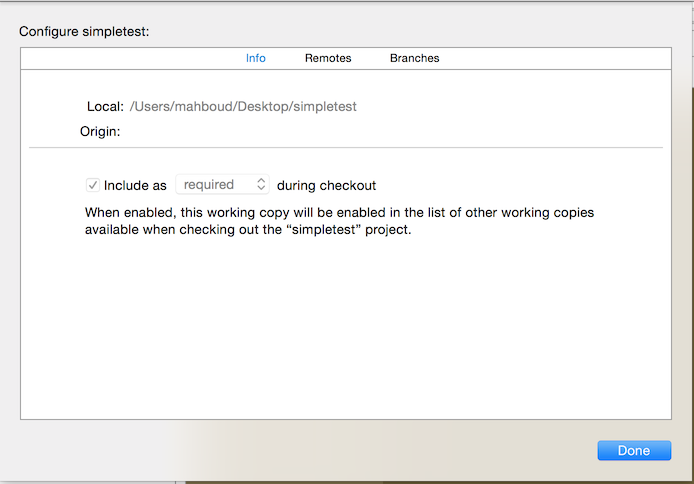 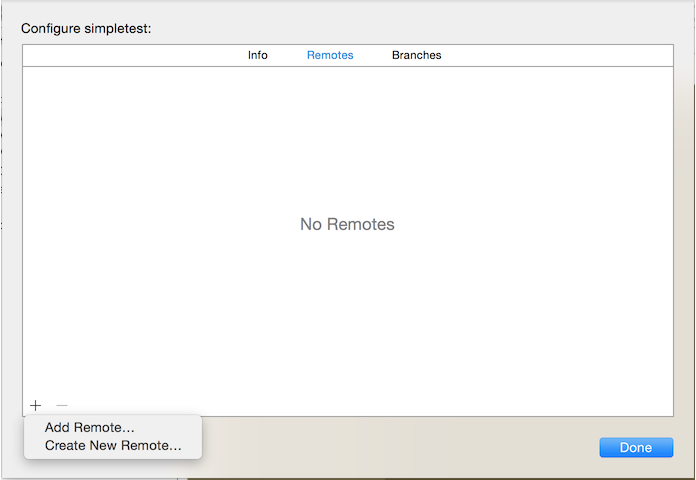 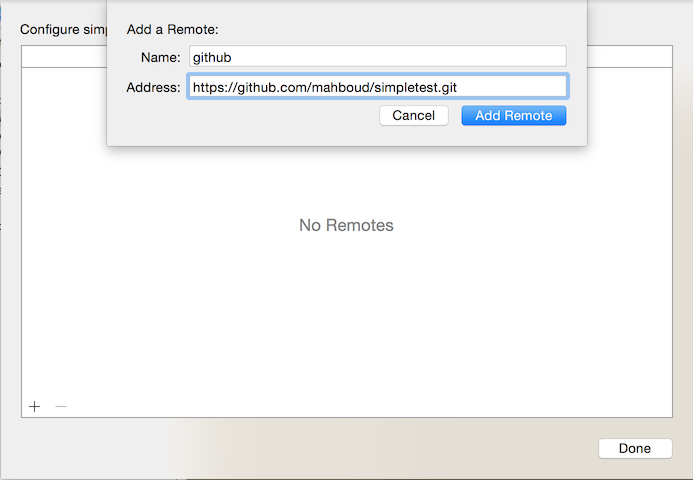 Not the answer you're looking for? Browse other questions tagged git github xcode4 push or ask your own question.

0
Adding the Xcode application into Github
9
Change Git Repository Of Existing Xcode Project
0
Why i am not getting master branch in Xcode source control to upload project in github for the first time in swift
2
Xcode: Could not read from remote repository
-1
How to use sourcetree between two developers?