How does the concept of Live server works?

lets say in visual studio I'm giving open with live server and start to work with my html, css and js.

When I save then in browser the changes which I made is immediately uploaded automatically, when I have live server extension.

Also I have seen this in angular framework. What is the concept behind this, like I want to know in depth like if involves http methods packets and all the networking stuffs??

This is the extension which I'm talking about: 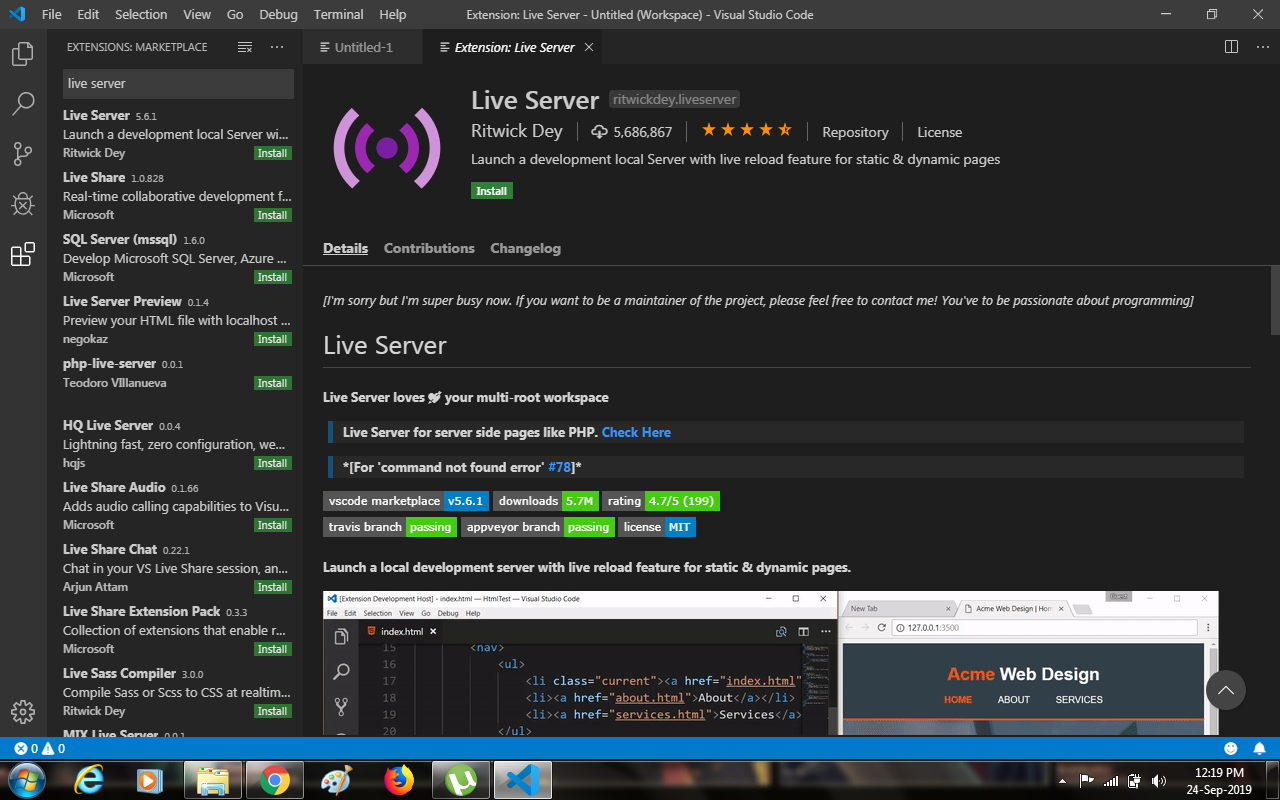 Static files located on your computer like HTML, CSS and JS don't need a server to be opened by your browser. What your extension does is just reloading your browser when it detect changes in your static files. In this sense, it doesn't involve networking.

Angular kind of works the same except that it need to create a bundle with all your files (transpiling typescript, etc.) and serve them via a server with the ng serve command. The use of a server and networking for Angular is motivated by the fact that ajax request and redirecting is made hard in local static files, for security reasons.

If you were to use PHP, Node or any server side language for your project, you will need a server that will run code upon requests and this will involve networking.

By the way, static files (HTML, CSS and JS) are often served through server. But this will not involve any server side logic. this means every requests will get the same static files.

Not the answer you're looking for? Browse other questions tagged angular visual-studio networking server or ask your own question.

890
How do you count the lines of code in a Visual Studio solution?
506
The name 'ConfigurationManager' does not exist in the current context
1935
How do I remedy "The breakpoint will not currently be hit. No symbols have been loaded for this document." warning?
581
"The breakpoint will not currently be hit. The source code is different from the original version." What does this mean?
121
How do you enable "Enable .NET Framework source stepping"?
264
How to connect to LocalDB in Visual Studio Server Explorer?
0
How do I connect the database of pc1 to pc2 without installing the database itself into pc 2
140
Collapse all #regions only(!) in C# (Visual Studio)
2
Why can't I enter the url on my phone's browser to view my live site?
1
local live server for Asp.Net application, to view live changes