IntelliJ does not show project folders

I have an issue with IntelliJ. It doesn't show any folders in my project view on the left. My setting is "View As: Project" How can I manage it so that the folders and packages are shown again? I don't have any clue because I didn't change any options!

So after asking another question, someone helped me figure out that under File > Project Structure > Modules, there's supposed to be stuff there. If it's empty (says "Nothing to show"), do the following:

I had to quit Intellij and remove the .idea folder (I stashed it first, just in case). I then re-opened the project and that worked for me. Don't forget to save your configuration (e.g. debug / run configurations) before that, because they will also be deleted.

I had this issue as well. It is something do with .idea just delete it and restart IntelliJ

I went to File -> Project Structure -> Modules clicked on + and then import module found my root folder and selected it.

I am a new user of IntelliJ IDEA 2016.2. I opened an existing project when I first ran the program and had the same issue whereby it only showed files in the root directory in the 1. Project panel, but not the project folders (expandable tree-like structure).

Initially, I tried going to Project Settings > Modules, where no modules were shown listed. I clicked (+), and tried to select my root folder, but it wouldn't select the folder.

So I then solved it with these steps instead:

UPDATE 2nd Sept 2017: If you've added a Module SDK and it added a .iml file within a subdirectory of the root of your project that causes it to load the module subdirectory, then it may be necessary for you to modify that .iml file by appending /.. as shown below.

And you should be good to go.

Try to re-import the Maven project. Also make sure that the project directory name is not excluded in Settings | File Types | Ignore Files and Folders.

Check out answer at

It might be because the project didn't have any modules defined. Try adding existing source code by hitting File > New > Module from Existing Sources and select the parent directory of the project for source code 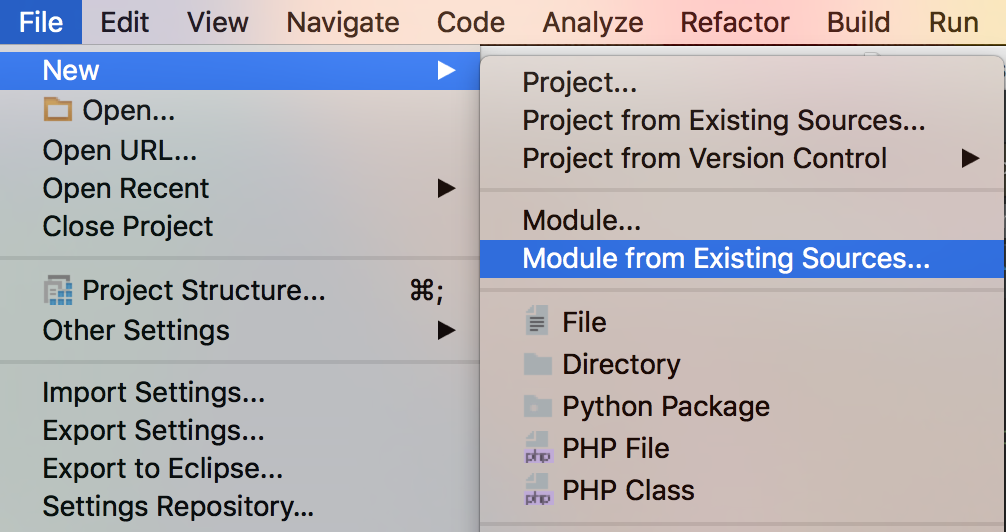 I have deleted the .idea folder. Closed ItelliJ and restarted to open the same project.

It asked to add the content root. That worked for me.

I faced same issue when i deleted the .idea folder.

However, when I tried to invalidate and re-start, the .idea folder got created again but still the folders were not showing up.

I had to 1.close IntelliJ, 2.delete the .idea folder, 3.launch IntelliJ

This fixed the issue.

I have a better solution that worked for me and it might work for you. No need to delete the whole .idea folder as this way you lose the whole project. It is possible that you just accidentally excluded all folders in project settings. I also found that project folders disappeared. I was trying to find out how to disable indexing, so I was looking at Project Settings -> Modules and I clicked on Excluded to see if I could add the whole project there to ignore it for indexing. It didn't do anything and I couldn't drag and drop the folder under Excluded. What I didn't realize is that simply clicking "Excluded", IntelliJ automatically moves the folder to Excluded and all folders disappeared in Project Explorer. "Excluded" button changes background to gray, which means exclusion is active. This is a very poor user interface because it is hardly noticeable and clicking this button has a far-reaching impact on your project.

Result: Folders in your project show up again

Really bad bad bad UI design! Source and Excluded buttons look like tabs when they work in fact as "Checkboxes"!

Be careful, just clicking Sources or Excluded seems like an innocent selection of tab without any visible effect, yet it has far-reaching consequences, basically adding or removing files from the build process.

Change the "Project" dropdown to be "Project Files" 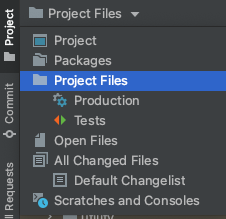 I understand this does not answer the OPs question involving Maven modules, but this is the number 1 search result on Google as of July 2021 when trying to debug why folders are not displaying correctly in IntelliJ

for me removing the .idea folder from the project directory worked.

I have a nodeJs project and lost my folders after removing the /[project_name].iml file.

This restored the folders while preserving my other project settings:

Even after 5 years, and having some experience with idea, I still have this problem all the times. Here is the simplest solution.

And then, open conf file for your framework, like pom.xml or build.sbt or build.gradle etc and it will automatically prompts to import project and when you click and when it finishes, your project is mostly setup correct.

I used the IDE Repair feature in WebStorm, without deleting .idea, in order to get the folders to show again. 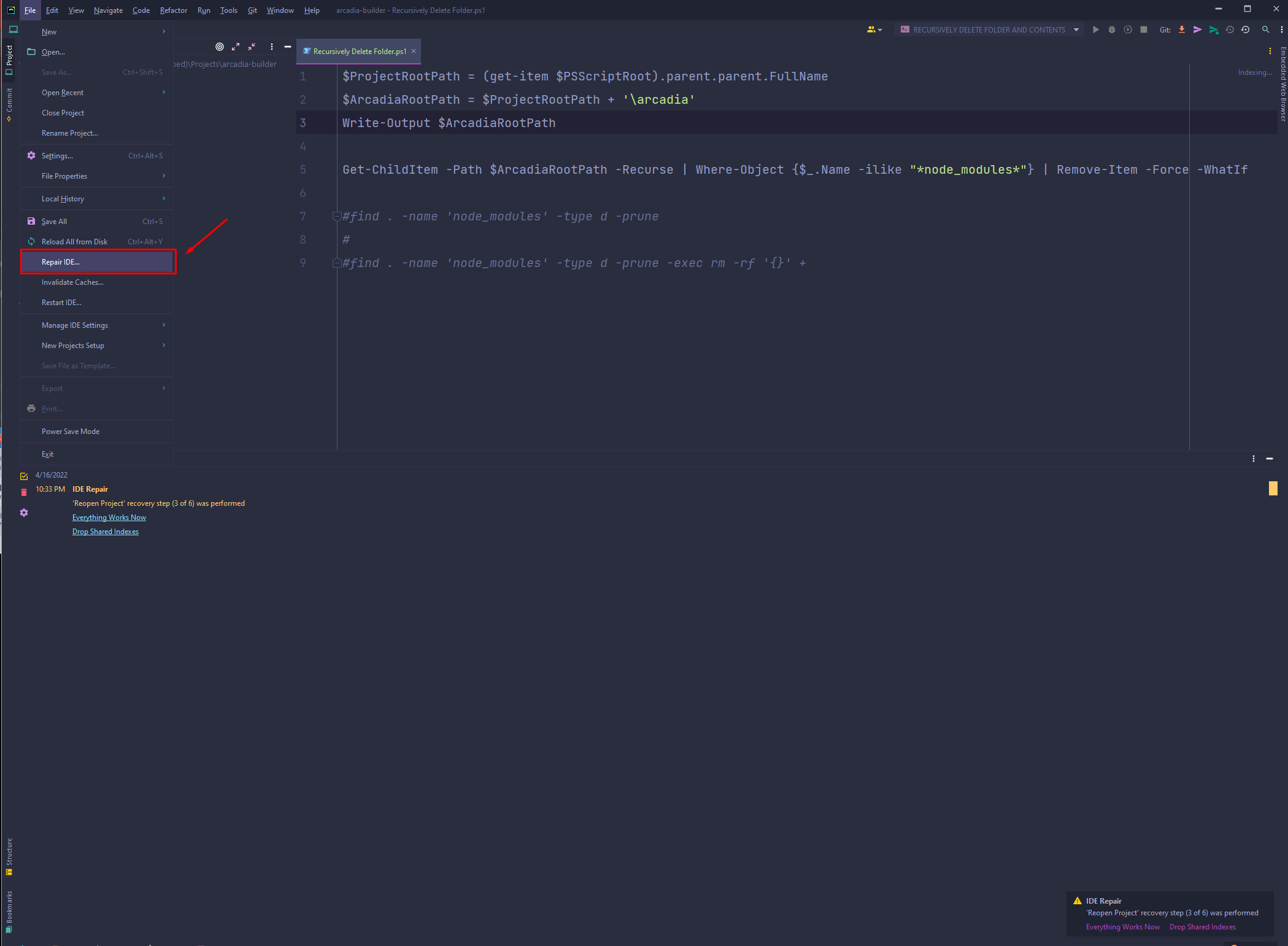 Intellij imports the project after resolving all the dependencies. In my case, it was unable to resolve dependencies for some of the modules and was stuck there. I had to copy my Maven settings.xml from local repo to the default .m2 folder in order to point it to the correct local repo.

Adding this answer for completeness. I was using 15.0.6 and had this problem. I trued to import a module from Maven or Gradle an it went through the process, but the module did not appear. I tried deleting the .idea file and restarting. Uninstalling and installing the latest version (community 2016.2) addressed the problem.

Select the module settings and do these changes, it will work

I had the problem after an upgrade from intellij 15 (v143) to 2016.3 (v163). I also had an intermittent error on startup about a "Load error: undefined path variables" with a cryptic variable name.

After countless attempts at most solutions presented here (reimport the project, invalidate caches & restart, checks of project structure and paths...), the only thing that worked was to completely reinstall Intellij (removing the ~/.idea* ~/.IntellijIdea*) and selecting "No" at the question "would you like to migrate previous settings".

As I had the same issue and none of the above worked for me, this is what I did! I know it is a grumpy solution but at least it finally worked! I am not sure why only this method worked. It should be some weird cache in my PC?

For me, it happens when i set Project SDK as JAVA SDK 14 in a react-native project. Upon unset, all the folders show up again.

I just had the same problem with an SBT project in IntelliJ 2016.2 after removing a globally installed IntelliJ and re-installing in my own home folder (Linux). No files or folders were shown in Project View anymore.

The Project Structure view wouldn't even open, and renaming the .idea folder to .idea.bak and re-importing the project didn't make any difference.

However, what fixed it for me was to reboot Linux. Afterwards it worked again, even with the original .idea folder. Seems this "fix" is not only restricted to the Windows world.

If you have a gradle module with the same name as your projects root folder, the gradle import will replace your toplevel module configuration and change your view completely.

Make sure you have no gradle module with the same name as your root directory.

72
Can't see project folders in IntelliJ IDEA
29
IntelliJ IDEA not showing my module/project
14
IntelliJ idea stucked on "loading project" screen
13
IDEA: How do I see subdirectories in an empty project?
3
How to open project tree structure on left side in Intellij IDEA

1379
How can I permanently enable line numbers in IntelliJ?
867
Correct way to add external jars (lib/*.jar) to an IntelliJ IDEA project
741
IntelliJ: Never use wildcard imports
718
IntelliJ inspection gives "Cannot resolve symbol" but still compiles code
670
IntelliJ show JavaDocs tooltip on mouse over
554
"Default Activity Not Found" on Android Studio upgrade
179
IntelliJ does not show 'Class' when we right click and select 'New'
270
How do I change the IntelliJ IDEA default JDK?
157
How to expand folded package chain in Intellij IDEA?
125
Open a project in a new window in IntelliJ after "accidentally" clicking remember decision