I wanted to ask a question about goormIDE, which is very similar in function to c9.io

When I first started on my container, I named my first project goorm-IDE-test2 in order to learn the node.js language.

However, I since then started work on a subproject, called myBootcamp.

Whenever I first load the container, the default path of the first terminal is

and I want to change this so the default should be

I've discovered that I can open a separate terminal off the new project, but I can't load myBootcamp as the default from the start.

How can I do this, if possible? 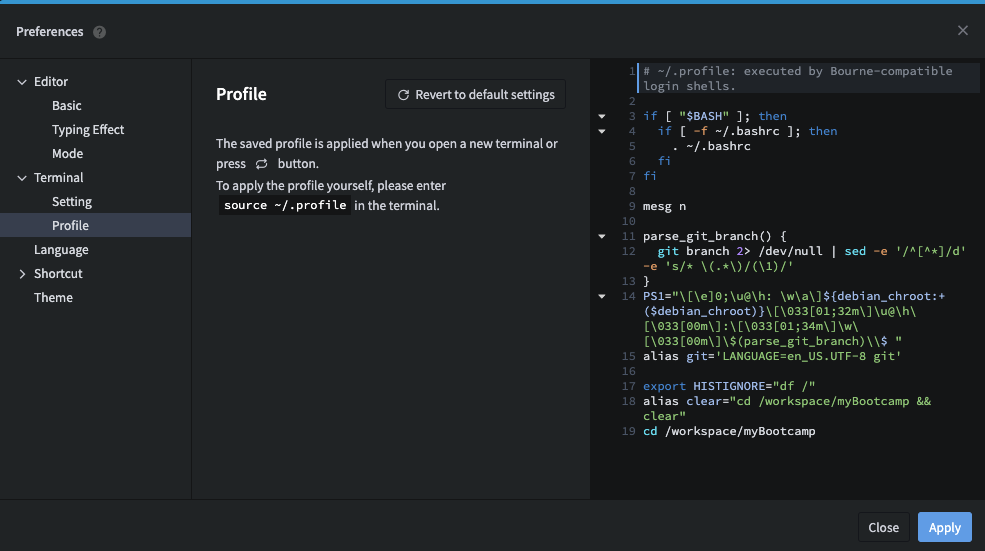 Not the answer you're looking for? Browse other questions tagged terminal ide or ask your own question.

823
How to move the cursor word by word in the OS X Terminal
2602
How to print colored text to the terminal
502
Unable to show a Git tree in terminal
976
How do I clear/delete the current line in terminal?
465
Open Sublime Text from Terminal in macOS
494
Run / Open VSCode from Mac Terminal
591
How do I completely rename an Xcode project (i.e. inclusive of folders)?
230
VSCode Change Default Terminal