How to style rows in SwiftUI List on WatchOS?

I'm working with SwiftUI and is trying to make a list of buttons with custom .buttonStyle inside a List view on WatchOS, but can't get it to work. Is this even currently possible, and if so, how?

This code produces this: 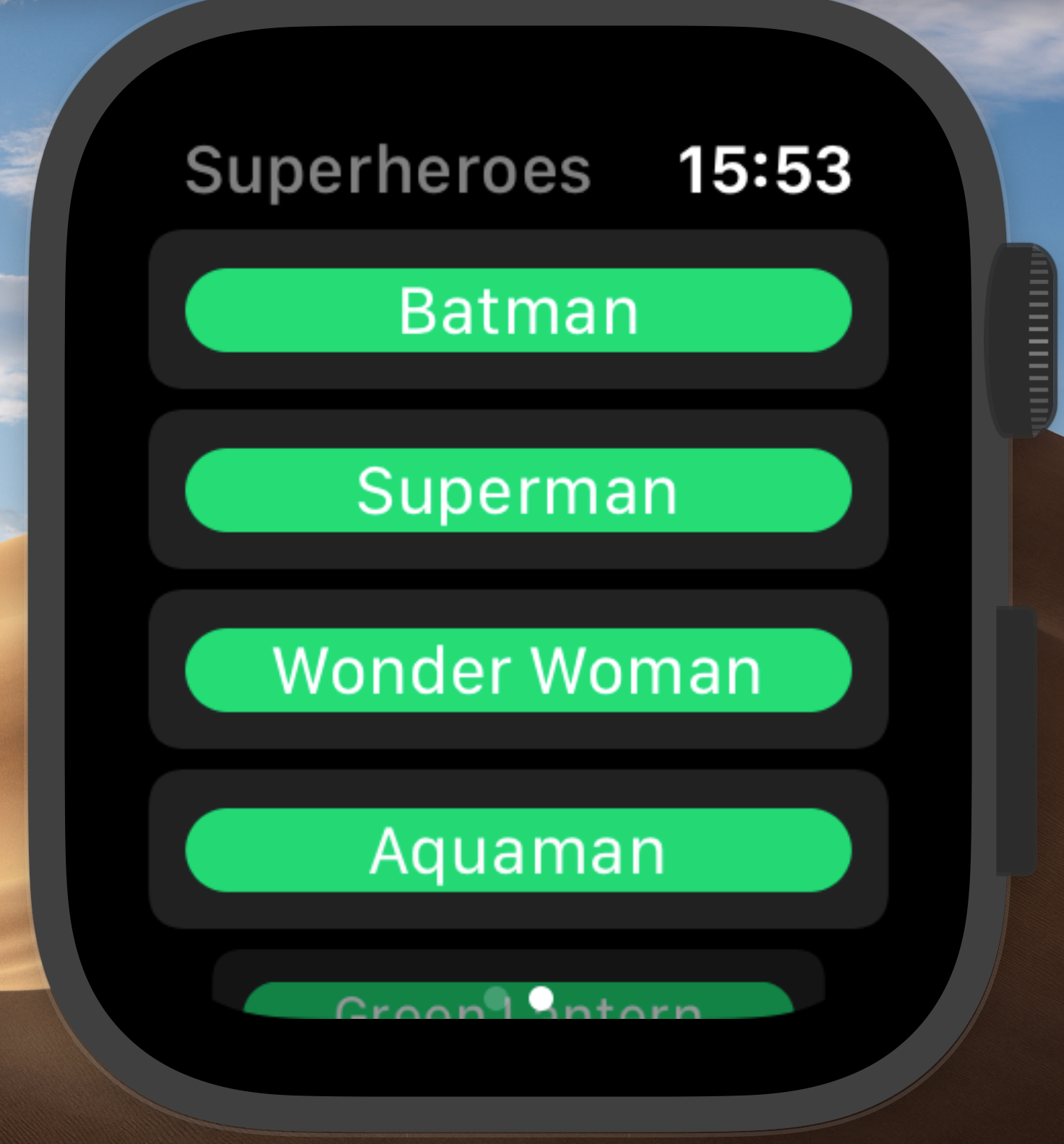 Instead, I want the buttons to look more like this: 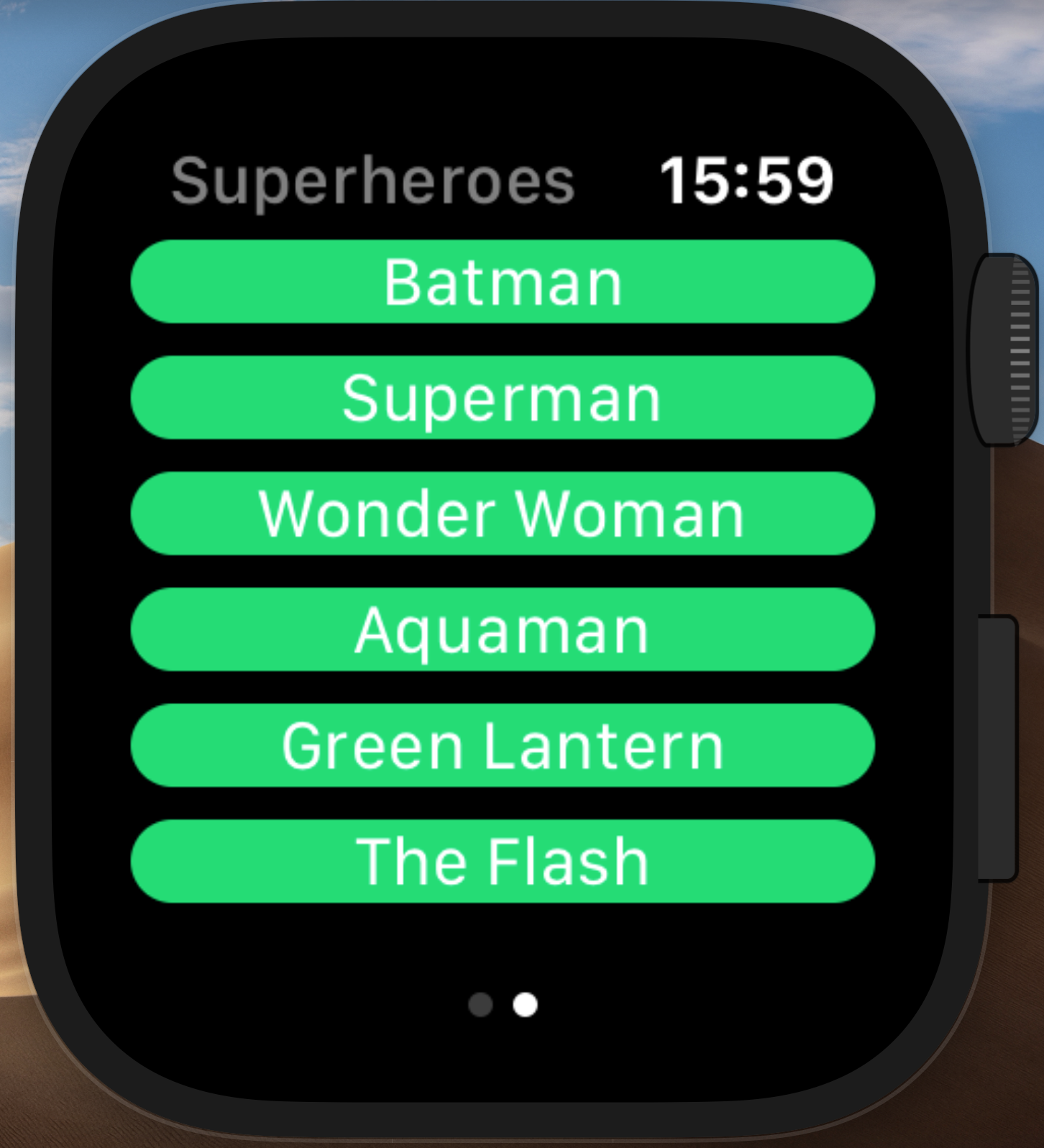 In this last example, I'm using ScrollView instead of List which means I'm not getting the nice animation of rows shrinking and fading away when scrolling through the list.

I've tried playing with negative padding, but that can't give me a bigger corner radius (more round corners than the default) and doesn't really look like good.

So is there a way to apply a ButtonStyle on items in a List view correctly, including having a custom cornerRadius?

Or is there some other way of getting more control of the way the rows look while still keeping the animation that comes with List?

I don't know if you've figured this out yet or not, but I ended up using 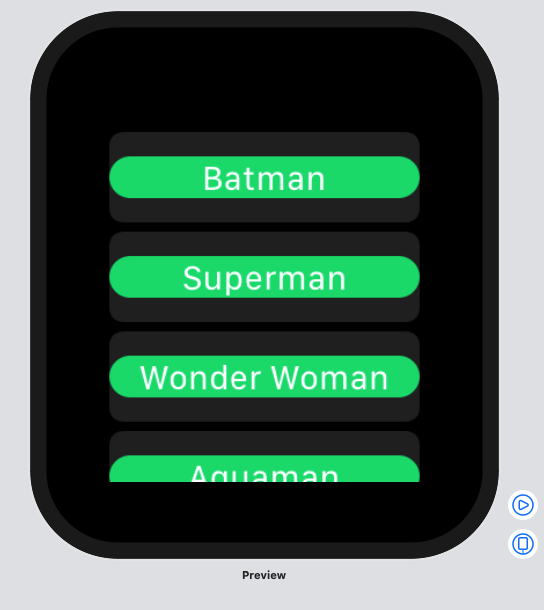 You can also add the modifier

to the List itself to allow the rows height to scale down to the size you want. I chose 20 for this example: 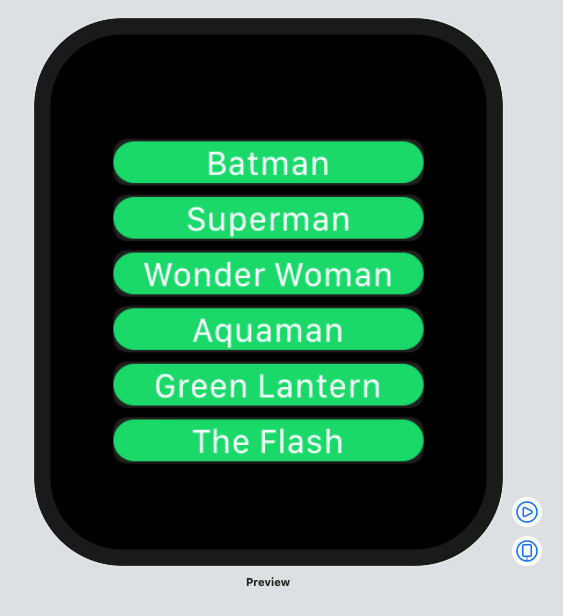 And finally there's a

modifier you can use to change the background color of the row itself. I chose clear for this example to hide the edges that aren't fully covered by the button. 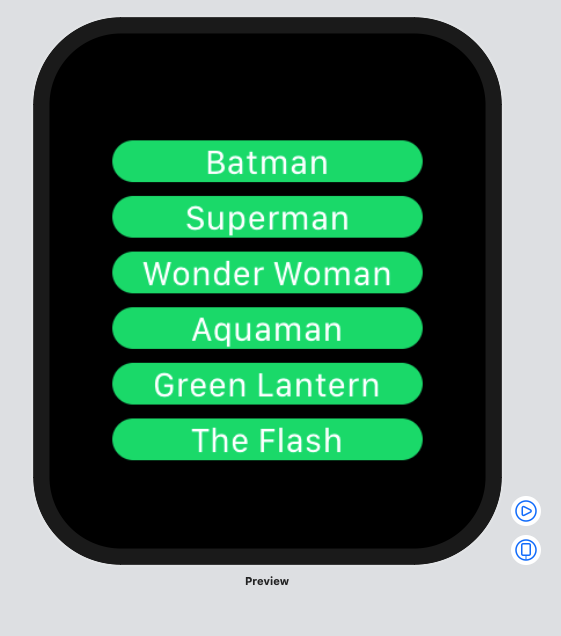 .listRowPlatterColor(.clear) Gave me what I was looking for. That was probably harder than it needed to be to find that. 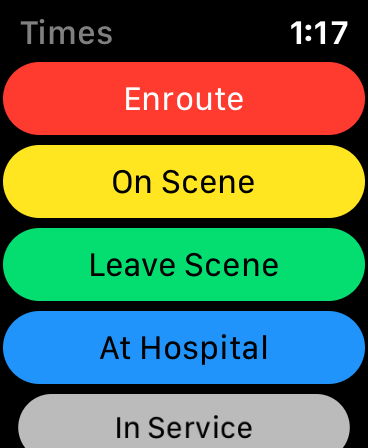 According to the Human Interface Guidelines, it's recommended that buttons within a scrolling view (e.g. List) look like a rounded rectangle (rather than a capsule).

If you attempt to use .listRowBackground, you'll get a sharp rectangle (not desired):

If you instead use .listRowPlatterColor, you'll get exactly what Apple recommends you use (in one line of code, nonetheless):

To have a the background of the whole cell in a certain colour you have to use .listRowBackground modifier. You can either use a Capsule or a RoundedRectangle as the background depending on your preference:

You would also probably want to change the button style, as the background highlight effect will only affect the button, not the whole cell:

Use listItemTint(_:). Also, consider preferring an adaptive corner radius per the Human Interface Guidelines over a hard-coded value from a custom style.

I know this isn't how it is supposed to be implemented, but it looks like there is a bug in SwiftUI preventing listRowPlatterColor, listRowBackground, or even listRowInsets from doing anything in the latest version of watchOS.

Here is how I got around it for now:

Not the answer you're looking for? Browse other questions tagged watchkit swiftui apple-watch or ask your own question.

0
Background for List Items on Apple Watch with SwiftUI
99
How to remove the left and right Padding of a List in SwiftUI?
5
Cannot use TabView on SwiftUI, WatchOS

5
How to change focus style color? (watchOS 2)
191
Activity indicator in SwiftUI
5
How do I use TextInput for WatchOS in swiftUI
4
How to add cornerRadius to SwiftUI List Cell when using .listRowBackground in watchOS?
6
SwiftUI List slow performance with NavigationLinks on watchOS
0
How create alarm on SwiftUI watchOS