I'm running into some weird behavior, trying to get a simple modal to pop after it has been dismissed.

I have also placed another Add button, just for kicks, in the List itself, which always works.

Here's the code for the main view:

And the modal, for completeness: 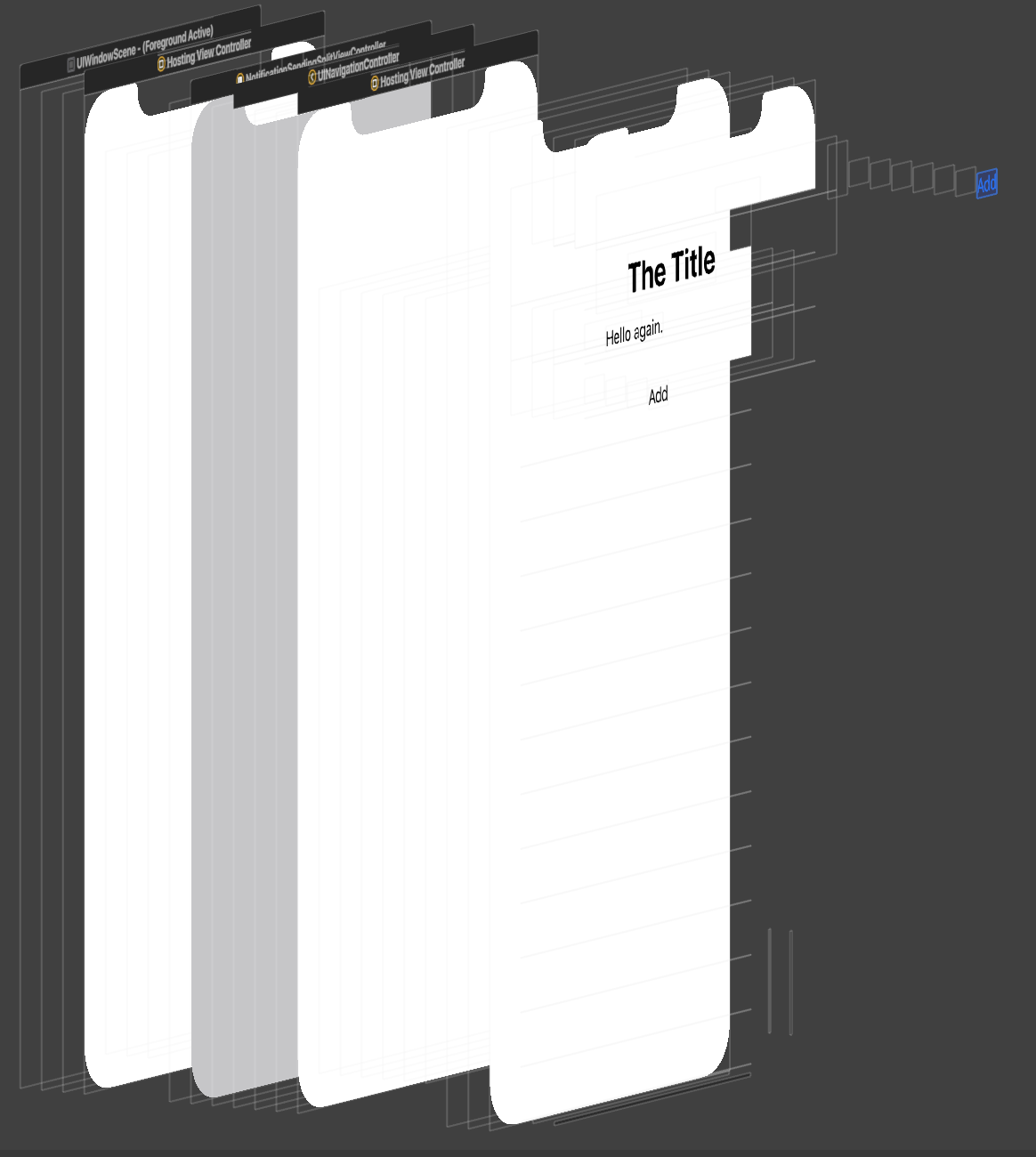 Now, after I tap the button and display the modal, and then use the UI Debugger to see the ContentView again, all the same elements are in place, but the Button parent views are offset a bit, like this: 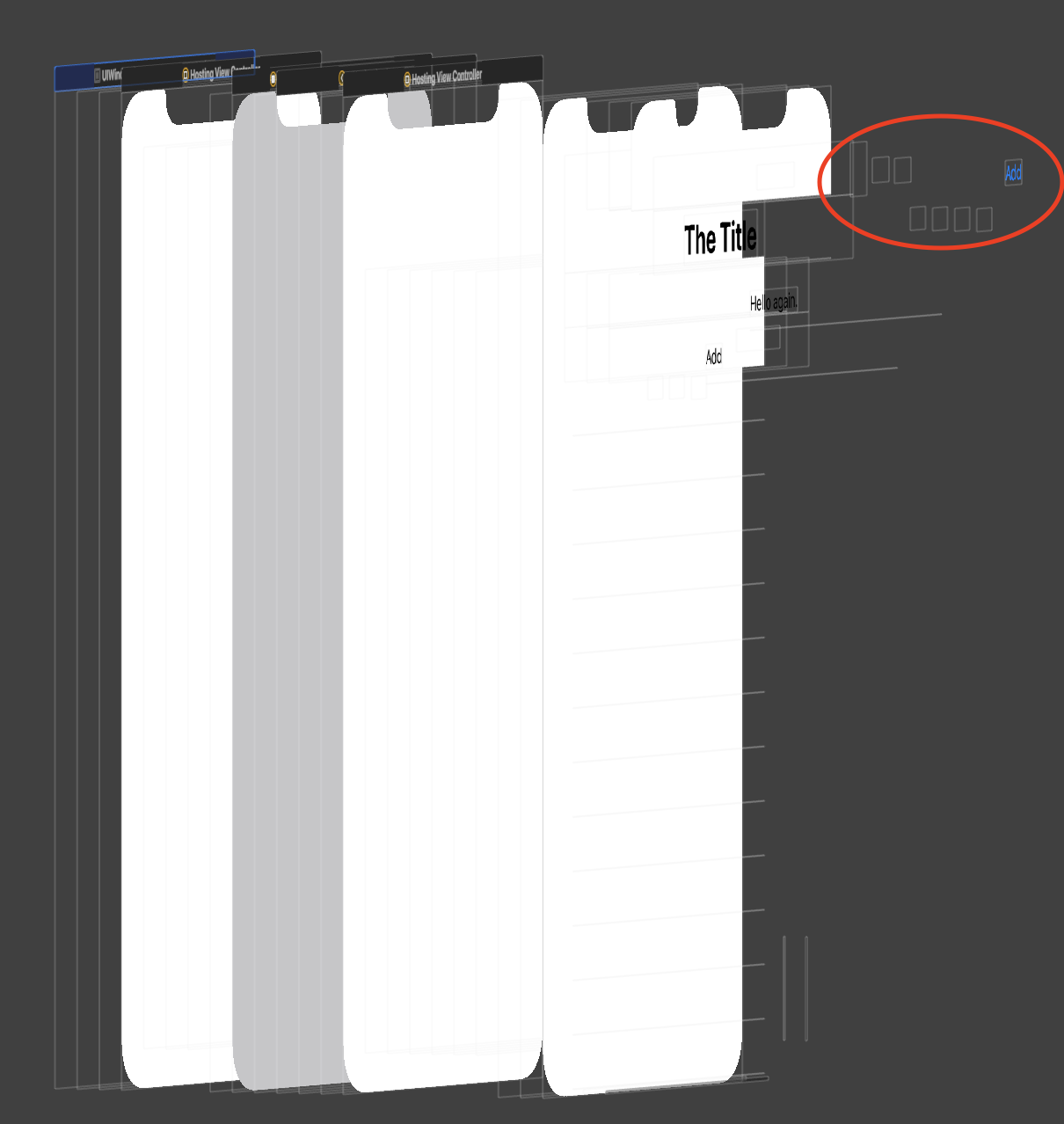 Once I drag the List up and down, the UI Debugger shows a view hierarchy identical to the first image.

Does anyone have any idea what's going on here?

It is really a bug. The interesting thing is that after 'drag to dismiss' the issue is not observed, so it is a kind of 'sync/async' state changing or something.

I ran into the same issue, and for me the workaround was to use an inline-style navigation bar title on the presenter.

HOWEVER, if you use a custom accent color on your ContentView (like .accentColor(Color.green)), this workaround no longer works.

Edit: the bug seems fixed in 13.4, and no workarounds are needed anymore.

Not the answer you're looking for? Browse other questions tagged ios swift swiftui or ask your own question.