In short, for some reason I can not figure out, two empty errors appear in my log. These persist after clearing, on restart and occur in every project, both existing and new. Un- and re-installing Unity seem to have no effect whatsoever. 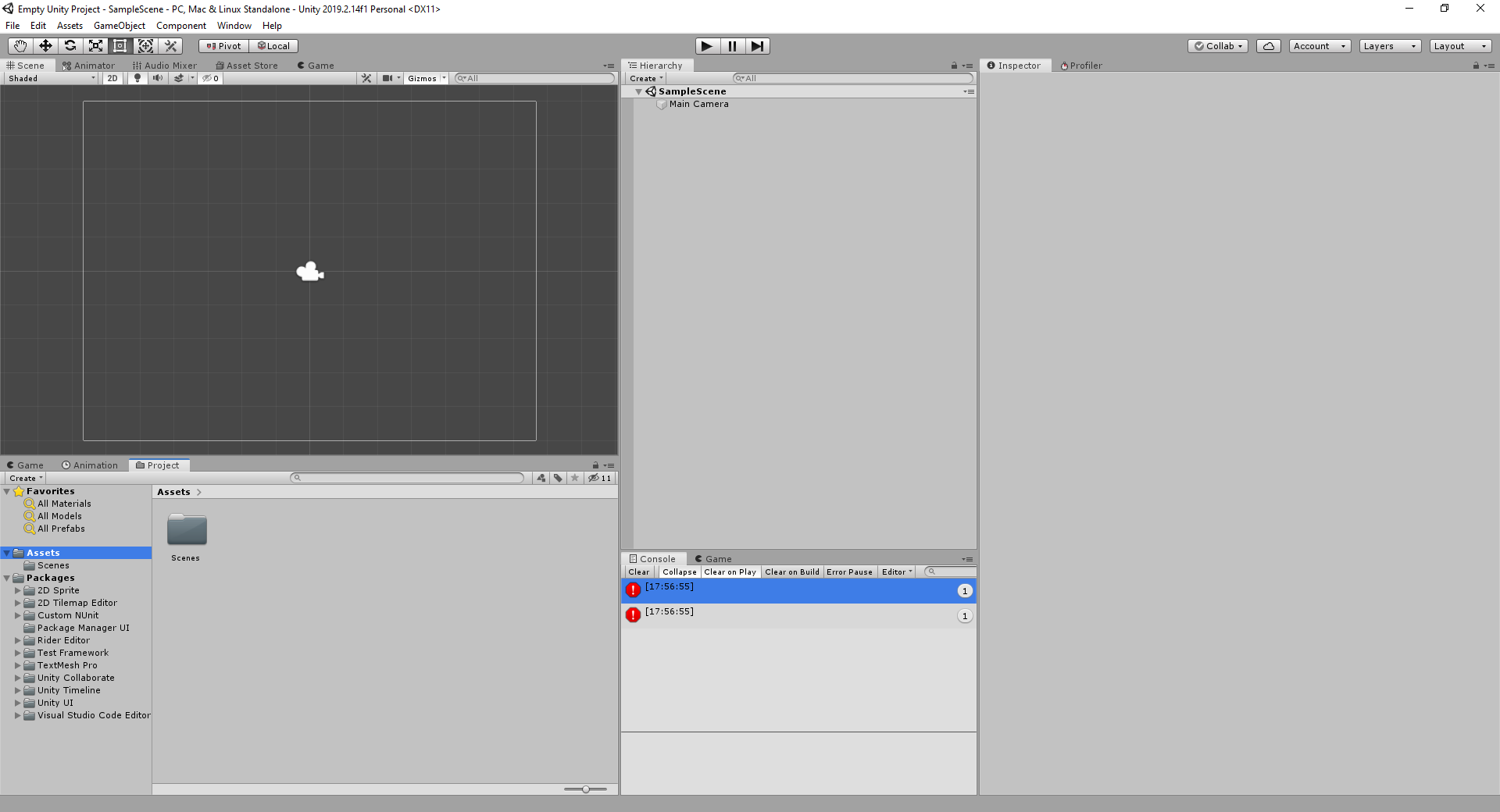 This issue started appearing for me in Unity 2019.2.1 and persists even after updating to the most recent 2019.2.14f1. Because they are errors, they prevent me from running or building the project which means I am completely stuck and can not use Unity until I find a way to fix this. I am using Windows 10.

I have already submitted this issue to Unity, but I think it is an issue with my installation, so I don't know if they'll be able to help me.

Something that might be the cause, but might also be a symptom, is that scripts will indicate that they can not find UnityEngine. Is there any way to manually install those libraries?

Even after manually uninstalling Unity, Visual Studio and removing all references to Unity from AppData, then installing the most recent versions of Unity and Visual Studio, the issue persists.

I have not been able to test an affected project on a different computer, but I will update this question if I do. If Unity does get back to me with a solution I'll post that.

The true cause of the issue was that for whatever reason, Unity could not find Roslyn. Hence why scripts were unable to compile, which resulted in the Unity Editor itself being affected.

I've added the solution to this issue as an answer to this question.

This issue has been solved with a response from the Unity team!

This is their solution:

Leaving it here for any future Google searches.

465
Login failed for user 'IIS APPPOOL\ASP.NET v4.0'
302
The Web Application Project [...] is configured to use IIS. The Web server [...] could not be found.
515
ReSharper "Cannot resolve symbol" even when project builds
300
Visual Studio displaying errors even if projects build
1564
Why not inherit from List<T>?
1
Using UnityEngine -- Unable to start resource