Why won't the relative image path work in my React app? 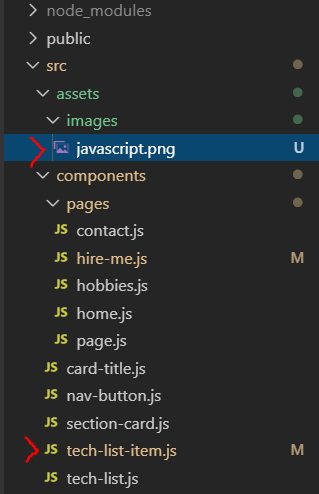 I have a React app wherein I pass a relative image URL into a component as a prop...

And the prop is fed into the src attribute...

I've tested out other instances of the same component with absolute paths from other sources...

And they work just fine.

I've inspected the would-be image in my page and tried opening the image address (http://localhost:3000/assets/images/javascript.png) in Chrome, but nothing shows up. When I look in the network tab, it says the response code for the image is 304. I've tried emptying and hard-reloading after disabling the cache from dev tools. This gets me a 200 response, but the image still doesn't show up, either in my page or when I open the image in a new tab. Really not sure where to go from here.

Such path does not exist in runtime, perhaps you should try one of the next approaches:

Not the answer you're looking for? Browse other questions tagged javascript html reactjs jsx or ask your own question.