On the left is the original PNG and on the right are versions reduced to roughly half the original size using width and height.

Why does the resized image look so fuzzy in Firefox? Is there anything I can do about it without changing the image file? The fuzziness is particular annoying if the image contains large amounts of math or text. 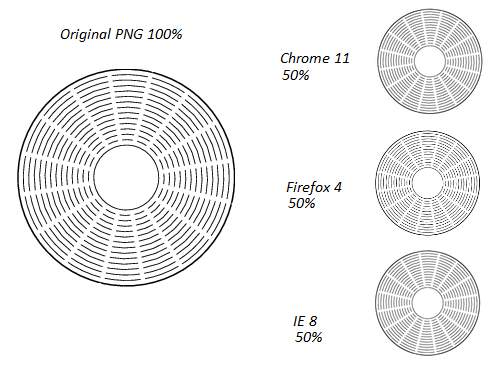 There is a longstanding bug ticket filed in Bugzilla related to Firefox image downscaling. You might like to keep an eye on the ticket to track its eventual resolution or contribute a patch yourself if you feel able to.

The best workaround is to use the transform CSS property to apply a tiny rotation to the problem image and force sub-pixel rendering, as detailed in Ryan Wheale's answer.

I know this is late, but you can trick firefox into rendering the image better by applying a oh-so-slight rotation. I tried to translate() the image to get the same effect... to no avail.

I avoid browser sniffs at all cost. I borrowed this sniff from yepnope.js and I don't feel bad about it.

Also noteworthy, this same trick can be used to force sub-pixel image rendering in both webkit and firefox. This is useful for very slow animations - best explained by example:

The image-rendering documentation linked from the Firefox blurs an image when scaled through css or inline style answer which Su' referenced includes instructions for using image-rendering:optimizeQuality (which corrected the issue in my testing on FF4) - example: 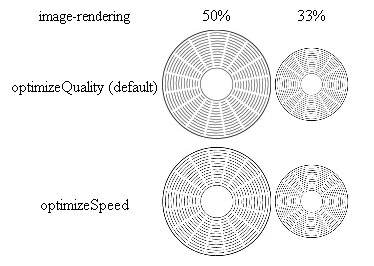 I think your answer is in the link from above https://developer.mozilla.org/En/CSS/Image-rendering: 'Currently auto and optimizeQuality are equal by default, both result in bilinear resampling.' 'default value IE8+: bicubic (high quality)'

Next see: http://www.codinghorror.com/blog/2007/07/better-image-resizing.html 'When making an image smaller, use bicubic, which has a natural sharpening effect. You want to emphasize the data that remains in the new, smaller image after discarding all that extra detail from the original image.'

I can think of a couple of possible workarounds, but neither are simple: 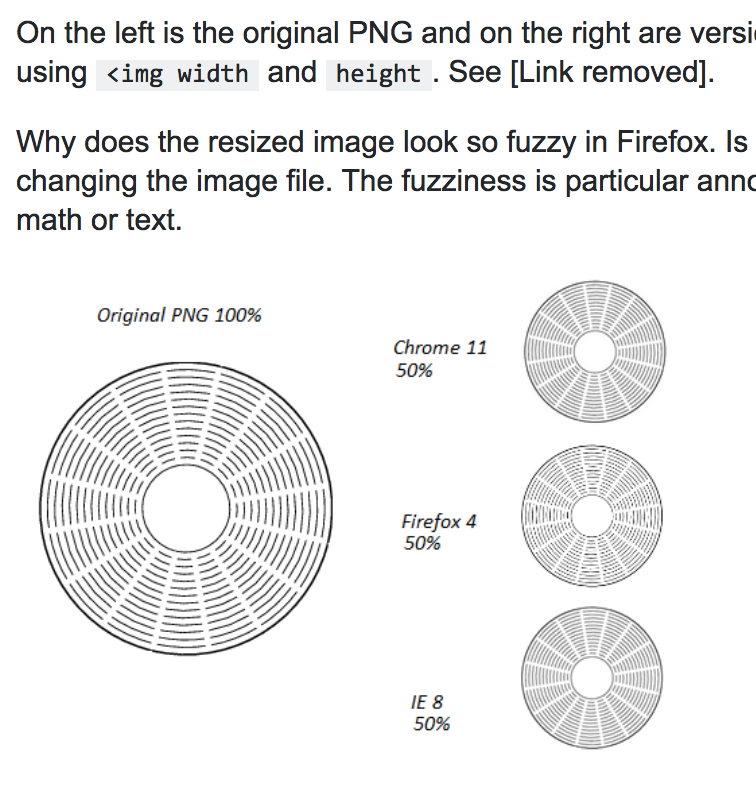 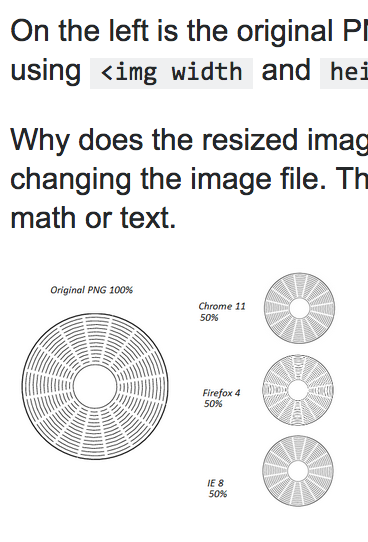 TL;DR: Image scaling is not likely to be fixed soon. About anywhere.

Eris Brasseur has a page that deals nicely with the broader question "Why is just about any image scaling software so bad?"

Since W3C's position on this matter is roughly that it's better to have an incorrect but equally incorrect implementation everywhere, they shun any proper dealing with Gamma (which would complicate matters slightly). Thus anyone accustomed to web standards is likely to continue ignoring Gamma, leading to the effects described by Eric and in this thread. This ensures that even downscaling is far from being well-defined, as Jeff Atwood puts it in an Article linked in another answer.

In such an environment, methods like Lanczos thrive whose claim to fame is mostly that they perform quite well even if implemented incorrectly.

In other words, browsers are the software equivalent of McDonald's burgers, and that fact will stay. Its implications need not, but the odds are skewed.

A workaround for this issue is just to resize the original image with an image editor to the desired size and to use the image as it is, without defining it's width and height in the style sheet.

Not the answer you're looking for? Browse other questions tagged image firefox resize or ask your own question.

319
Resizing an image in an HTML5 canvas
23
Firefox blurs an image when scaled through external CSS or inline style.
7
Image is being cut off on resizing in Firefox
5
Oversized image is blurry when reduced
0
Grainy images in Firefox but not Chrome
0
Firefox image rendering issue when image contains text
1
Html pixelated edge on image with transparent background

816
Changing the image source using jQuery
219
Resize a large bitmap file to scaled output file on Android
1233
How to manually send HTTP POST requests from Firefox or Chrome browser?
47
Calculating image size ratio for resizing
458
CSS Image size, how to fill, but not stretch?
29
image Scaling of picture box
0
CSS float right not working with Firefox and image resized
0
how to make a reduced image file in python
6
Inline block in Firefox does not scale down to contents
0
If i try to change width & height of an image the image size increases.What should i do in order to get a reduced size image?