I am looking for help with with our Jenkins Pipeline setup. I had a Jenkins pipeline job working just fine, where the groovy script was checked out from a Perforce stream (in stage "Declarative: Checkout SCM") and then run. The script itself performs, at its core, a p4 sync and a p4 reconcile. 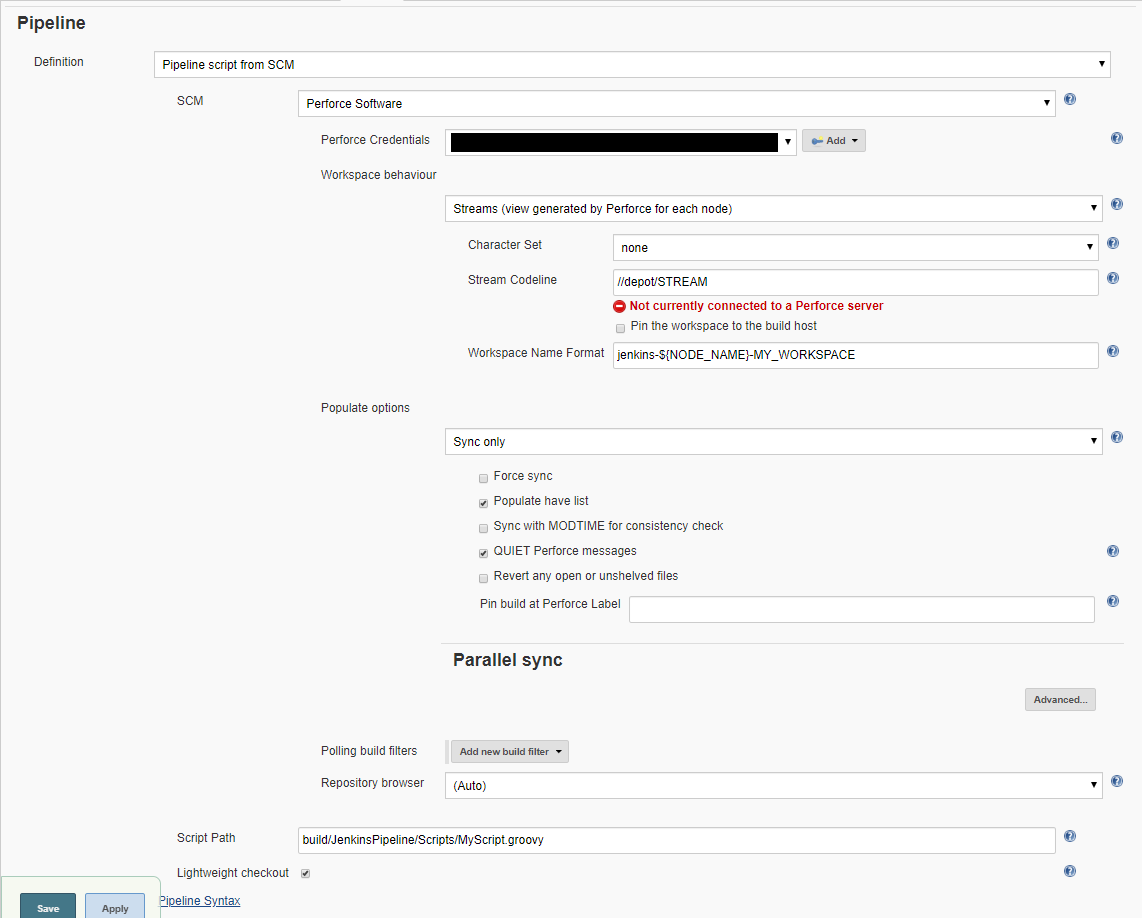 Due to an exterior requirement, we decided to move all our pipeline script files to a separate depot on the same Perforce server and changed the pipeline script checkout accordingly. 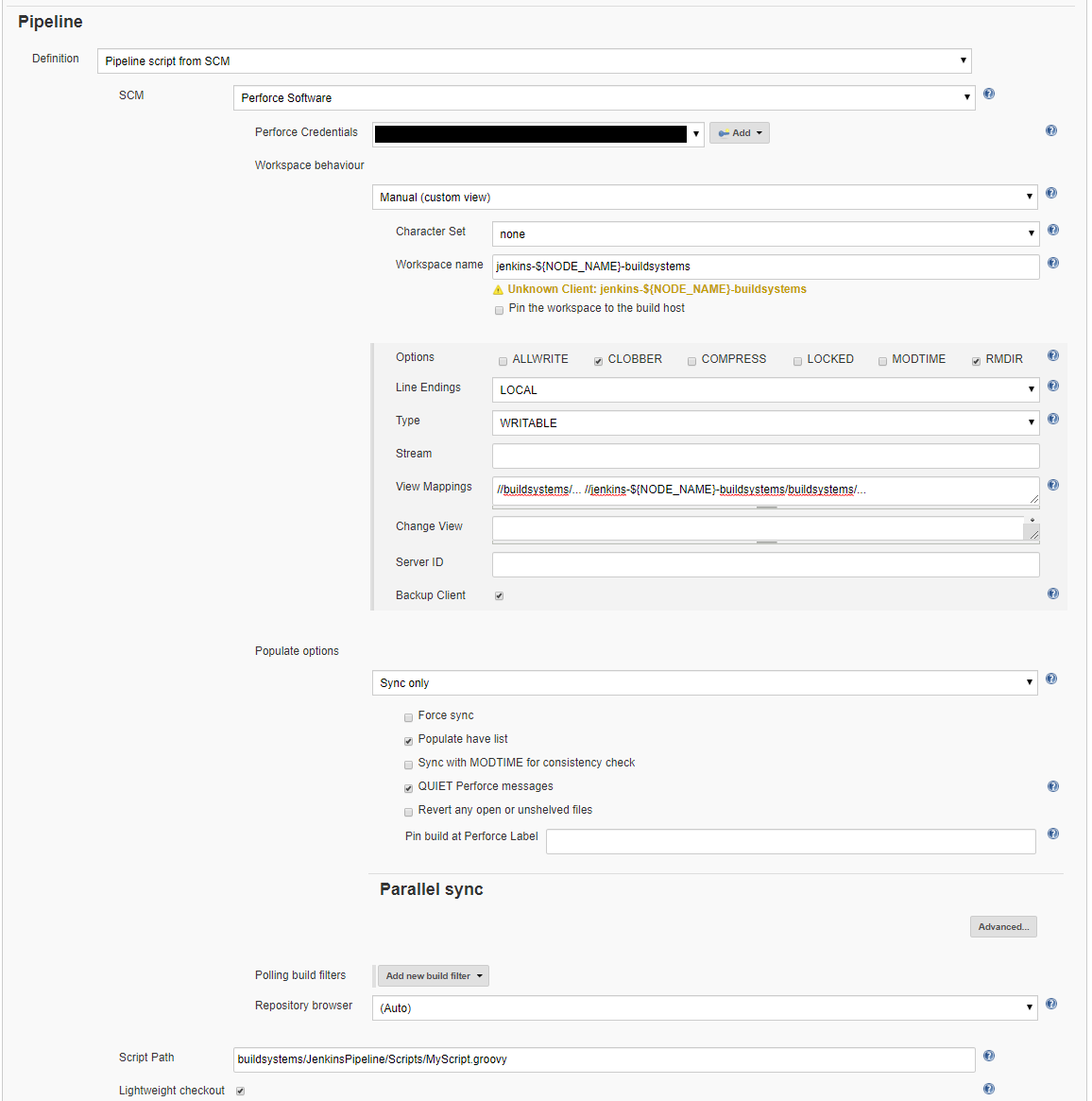 Any hints are much appreciated.

3
Jenkins Pipelines: Re-use workspace when loading an external Jenkins pipeline script
2
Jenkins pipeline poll perforce
8
Jenkins declarative pipeline: What workspace is associated with a stage when the agent is set only for the pipeline?
1
how to not show 2 workspace and changes in jenkins?
0
Determine perforce changelist number after running p4.run("sync") in Jenkins SCM pipeline
0
Set p4client from command line in perforce in a jenkins pipeline
0
Jenkins Pipeline - using P4Publish with submit operation never ends