Avoid including all workitems on first build on new branch

Our CI/CD is currently set up so we continually produce installers when PR's are completed. However that is for our internal pipeline. When we are ready to release, we open up a stabilization branch (release branch) where we do various things, like flicking a switch in the binaries so they no longer present them as being internal test binaries, but regular production binaries.

The problem is then in the WorkItem tracking. The first build on the release branch shows up as including every workitem included since day 0, and even adds the build to the work items. But we are only interested in marking work items that are in PR's targeting the new release branch, rather than the entire history up till the point of branch creation.

Here's an overview of how we branched out. "4.9.6" only contains one PR (2 commits and 1 merge commit), and the master branch continued ahead:

This is then the first CI build triggered on the release branch: 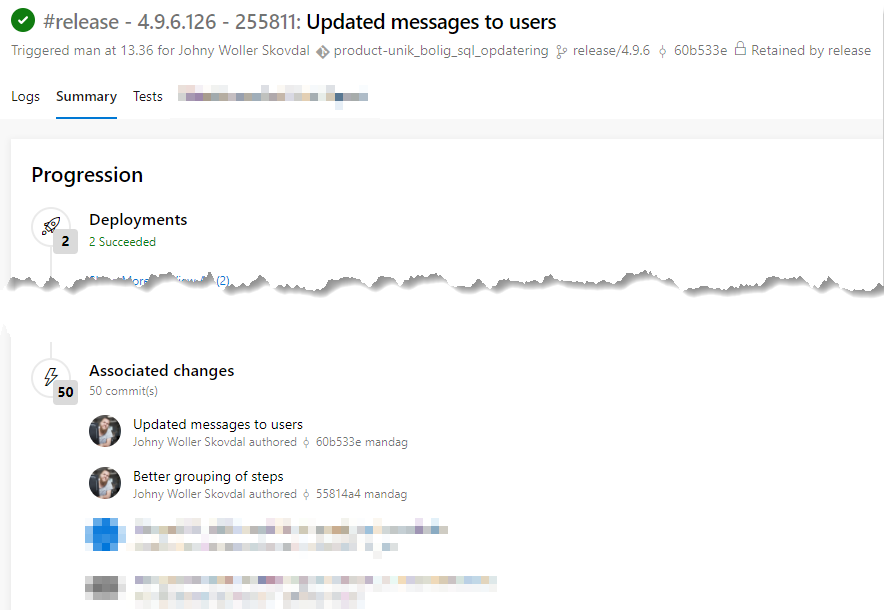 For some reason it seems to have just included the latest 50 commits (I believe it just capped out there), which also results in a long list of "Linked work items". However, there was only 1 work item included in the only PR in the lifetime of the "4.9.6" branch.

Is it possible somehow to avoid that, or even just a way to work around the issue?

Browse other questions tagged azure-devops azure-pipelines or ask your own question.