launchOptions always nil when launching from a push notification

I'm sending push notifications from a Django app (using django-push-notifications) to an iOS app. The app targets iOS 13 and I'm running it on an iPhone 7 running iOS 13.3.1. I'm debugging in Xcode 11.3.1

I'm trying two different methods to send the notification from the Django side:

As far as I can tell, both methods should result in a payload which looks like Method 2.

I'm debugging by doing the following:

The alert triggers, but the alert content simply reads "nil".

I can't figure out what's missing. It's possible that my notification payload isn't exactly what I think it is (I've asked on the Github page for django-push-notifications to confirm if there's an issue on that end). It's also possible I've missed a step in setting up remote notifications, but I do reliably receive the notifications and they display as I expect, so they seem to be working.

In iOS 13.0 When the app is killed, if you tap on notification, would like to open the app and get hold of notification payload. Here is how you do it.

I didn't find a solution to this issue, but I found a workaround. I still have no idea why launchOptions was always nil, but I've been able to access the payload by doing the following:

If I then set a breakpoint in userNotificationCenter, I can dig out the notification payload: 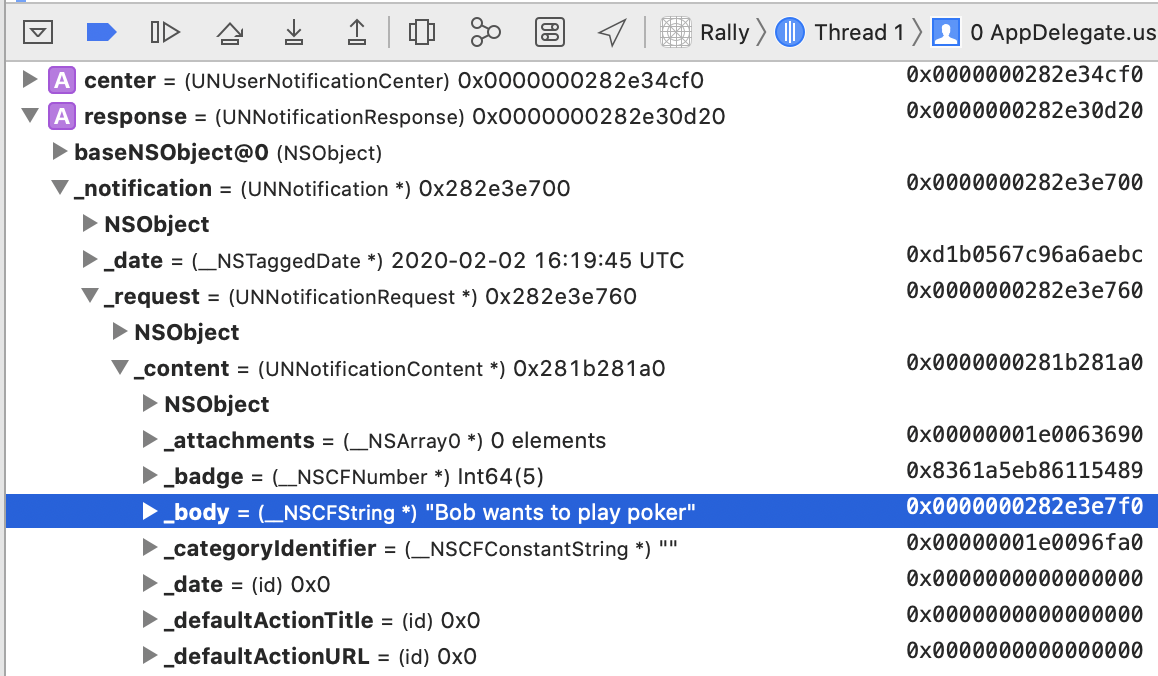 It seems that after changes in iOS 13 we don't have to process notifications in didFinishLaunchingWithOptions function.

We can just use:

It works for any scenario when the user clicks on a notification.

20
How to handle launch options in Swift 3 when a notification is tapped? Getting syntax problems
15
XCode : why launchOptions in didFinishLaunchingWithOptions always nil?
0
How can I open a specific View in SwiftUI when a user opens a notification?