Why are '[' and ']' ascii codes not following each other?

Does anyone know why the design decision of having '[' and ']' or '{' and '}' ASCII key codes being two apart instead of one digit was made? OCD triggered.

I found it from the following stackexchange article: https://softwareengineering.stackexchange.com/a/149901/94281

Ascii was an evolutionary result but was based on previous work/inventions such as telegrams and morse code.

Additionally, there were many different versions and proposals before we reached a final order and result.

It seems that in some of the initial proposals [ and ] had been placed together. 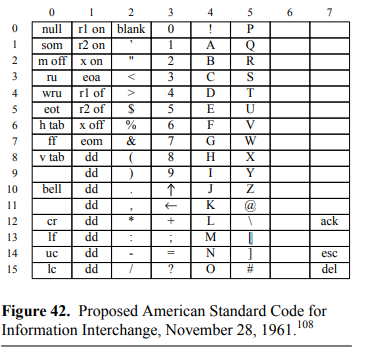 However, after the X3.2 meeting, the \ was added in between: 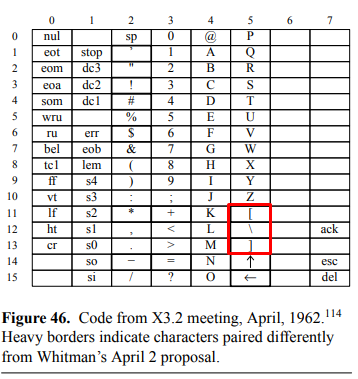 This is again visible in a publication from 1962:

Source: Source documents on the history of character codes, 1962-06

Reading the archive from Source Documents on the history of character Codes page 38 shows that some of the characters were grouped together and were planned to be substituted with other characters in 26 character languages:

A similar note is made about the characters '< = >' in relation to substituting them for more business-friendly characters. 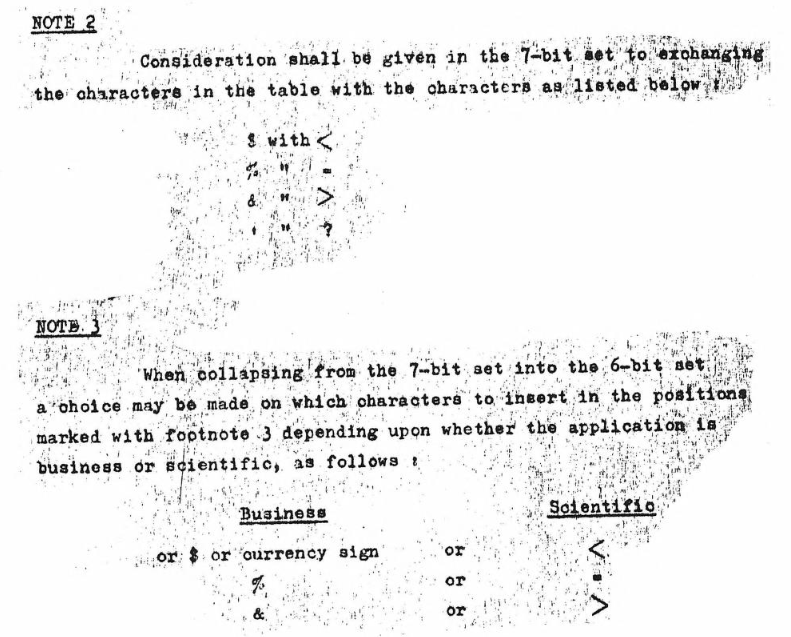 Note: Researching this further to see why the X3.2 meeting resulted in this change.

Not the answer you're looking for? Browse other questions tagged ascii extended-ascii or ask your own question.

48
Is there any logic behind ASCII codes' ordering?
269
What is a vertical tab?
14
Remove ASCII color codes
3
Currency Codes in Twitter Bootstrap Icons or ASCII Codes
519
What's the difference between ASCII and Unicode?
0
(1) Design of ASCII codes and (2) logical operator which results in negative number
1
Why is Google Chrome responding to Undo/Redo with ASCII codes 26 and 25 instead of Ctrl+90/122 and Ctrl+89/121?
1
Shifting Extended ASCII codes