MassTransit under the hood when adding a consumer

I am trying to understand what happens when using MassTransit in such a way not to totally rely on this abstraction-layer-library but to really know and understand what's being created under the hood and the reason behind.

In my application I register consumers in the following way:

Follow me on this, so far we have therefore this scenario:

When I check out which queues are being created through

which makes me believe indeed that there is a queue per specific consumer. So we have this scenario:

Let's see how these Handlers are defined:

I would expect therefore that there is "at least" a fanout exchange on top of the first 2 queues that broadcasts the FactAddedIntegrationEvent. So let's check out the exchanges through:

I also believe that masstransit creates by default the other exchange IntegrationEvents:FactCategoryIntegrationEvent in such a way that it is easy to add other consumers to the same event, even though in my case there is only one.

Therefore we end up in this scenario which still makes sense: 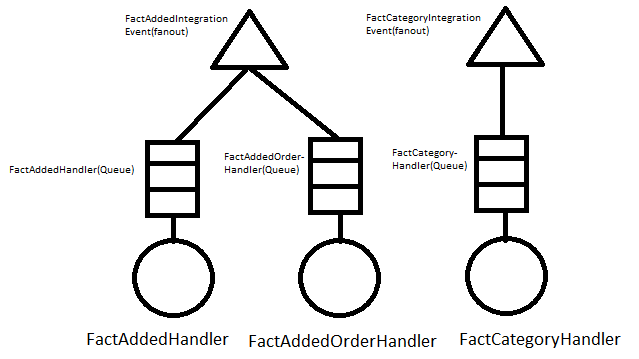 What I do NOT understand and would like an explanation about is the reason for the creation of the other 3 remaining exchanges. What is their role? Why are they there? Thanks in advance!

The message types consumed by consumers on the receive endpoint are used to declare exchanges (as you've shown above) and the matching exchange is bound to those message type exchanges. All of these exchanges are fanout exchanges.

The resulting topology routes all message types through the matching exchange, which then routes to the queue.

This is explained with an example in the documentation. 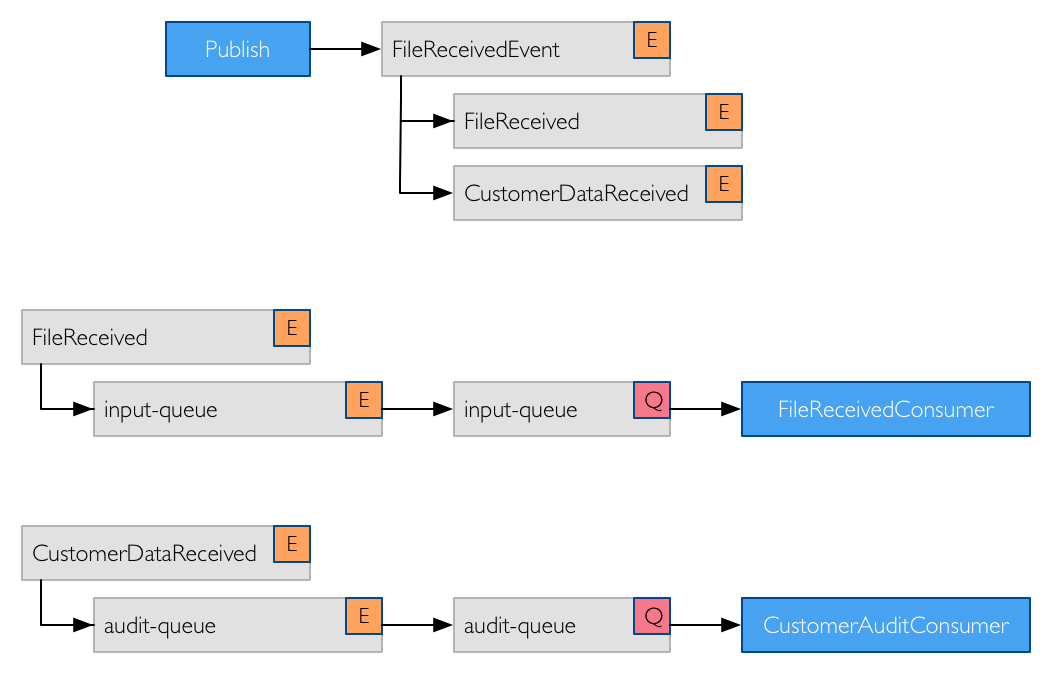 Why the matching exchange? Two answers.

Second, it allows additional queues to be bound to the matching exchange for troubleshooting purposes. This includes setting up a wiretap to keep a copy of all messages sent to the endpoint (either directly, or via a published message type exchange).

Not the answer you're looking for? Browse other questions tagged .net rabbitmq masstransit or ask your own question.