In Octopus Deploy, how to require an approval when a major or minor version is deployed to an environment the first time?

The concern is if a release is deployed to Test, UAT or Stage at the wrong time or by accident and it stops our testers. For example, QA is in the middle of testing the 2020.1.3 release in Test. A developer accidentally pushes 2020.2 up to Test. That includes new code QA wasn't expecting. While QA is in the middle of testing 2020.1.x they only want to see 2020.1.x releases.

Is it possible to require an approval when a major or minor version is deploy to an environment the first time?

Yes, that is possible. To do this, we will use output variables and run conditions.

First, two new steps were added to the start of the process. 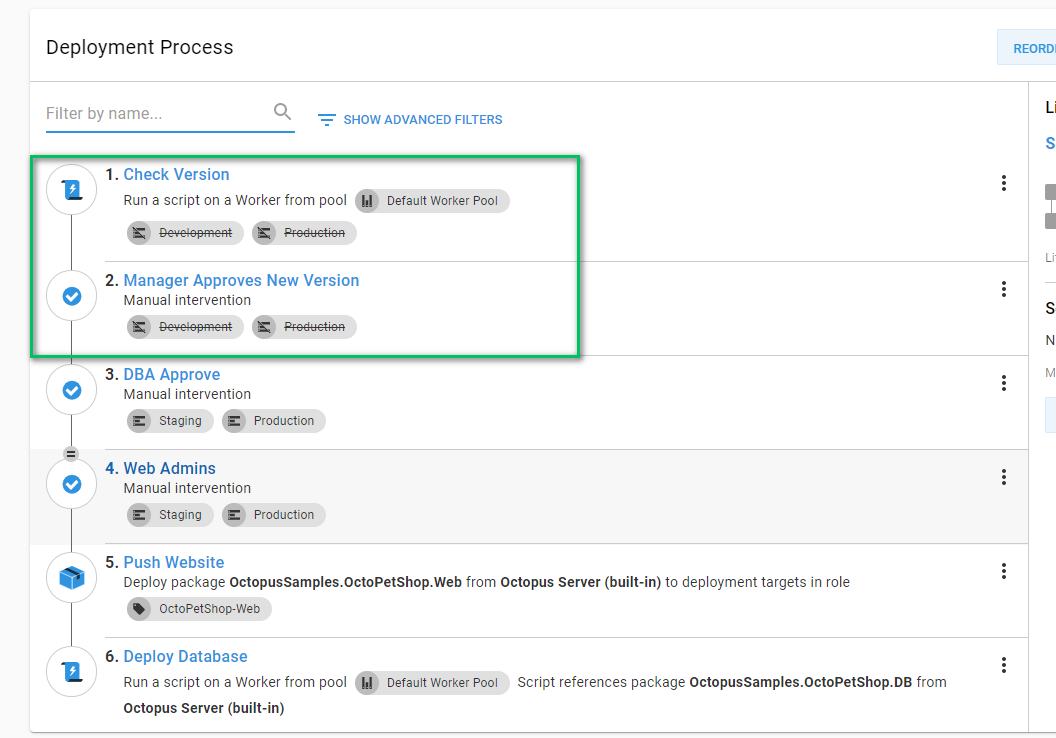 Both steps skip development and production because they are not affected by this problem. Having to approve a deployment to dev every time a major/minor version changes will get old really fast. And all production releases must at least go to staging first.

The first step runs this PowerShell script. It will compare the previous release number for this specific environment with the current release number. It will set the output variable "RequiresApproval" to true if either the major or minor version is different.

Output variables are a little verbose and can be tricky to use. To make that easier, create a project variable to reference it.

In the manual intervention step, set the run condition to that project variable. 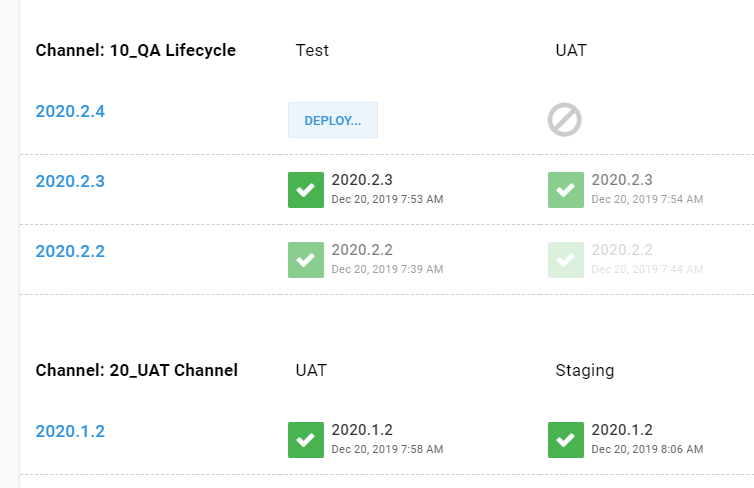 Success, the manual intervention is skipped. 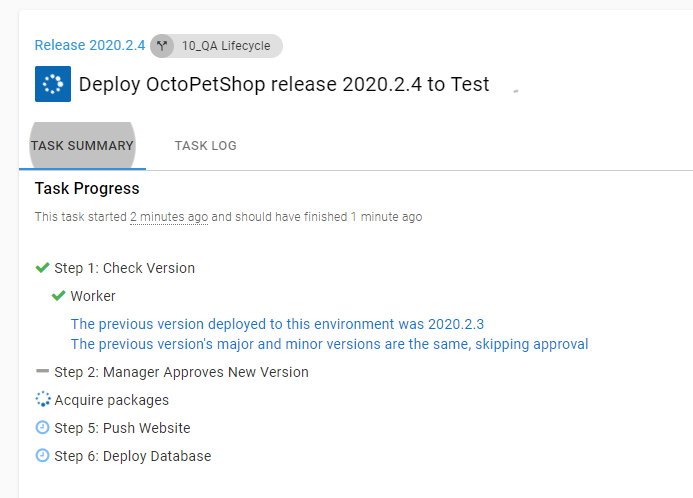 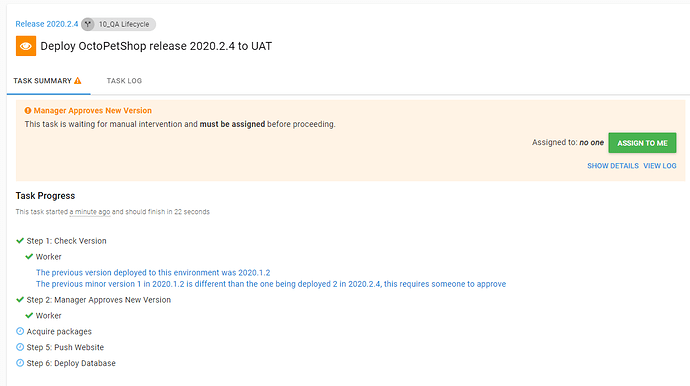 Not the answer you're looking for? Browse other questions tagged octopus-deploy or ask your own question.

6
Use a different package feed based on environment in Octopus Deploy
7
How to make Octopus deploy choose package version in multiple environment?
3
Octopus Deploy; using parameters to define config file in transformations?
3
Defining roles and environments for multiple projects in Octopus Deploy
4
Octopus and Continuous Integration - What's the best practice around when a release should be created?
0
How to Accomplish This Branching and Deployment Strategy Using TeamCity and Octopus
0
TFS branching strategy with teamcity builds and octopus deploys
8
TeamCity best practice setup for multiple branches
0
Do modifications in Octopus processes affects previously created releases?