i built my first app in Xamarin (in Visual Studio 2019) and I want to deploy it to my android phone. (I actually dont really want to make the app public - just my phone would do the trick for now. I just dont want to root it.)

I followed these guides:

But once the archiving process is finished, and I was asked for the password of the 'Signing Identity' I defined before, I get the following error:

I tried to install all sorts of Java versions (currently I am at 'Java 8 Update 241' and 'JDK 13.0.2') and made sure there is just one Java entry in my PATH variable pointing to the current version.

But it just wont change anything and I am out of Ideas, I hope somebody here can help me.

Thank you very much for your time in advance! Ben

I faced the same problem. I solved it removing version 30.0.0 (rc2) of android build tools and keep only version 28.0.3. Probably it was a problem with build tools 30 and the latest version of Xamarin, who uses JDK 1.8. I also updated platform tools to version 29.0.6

Double-check that Java JDK 13.0.2 is selected in the Xamarin preferences: 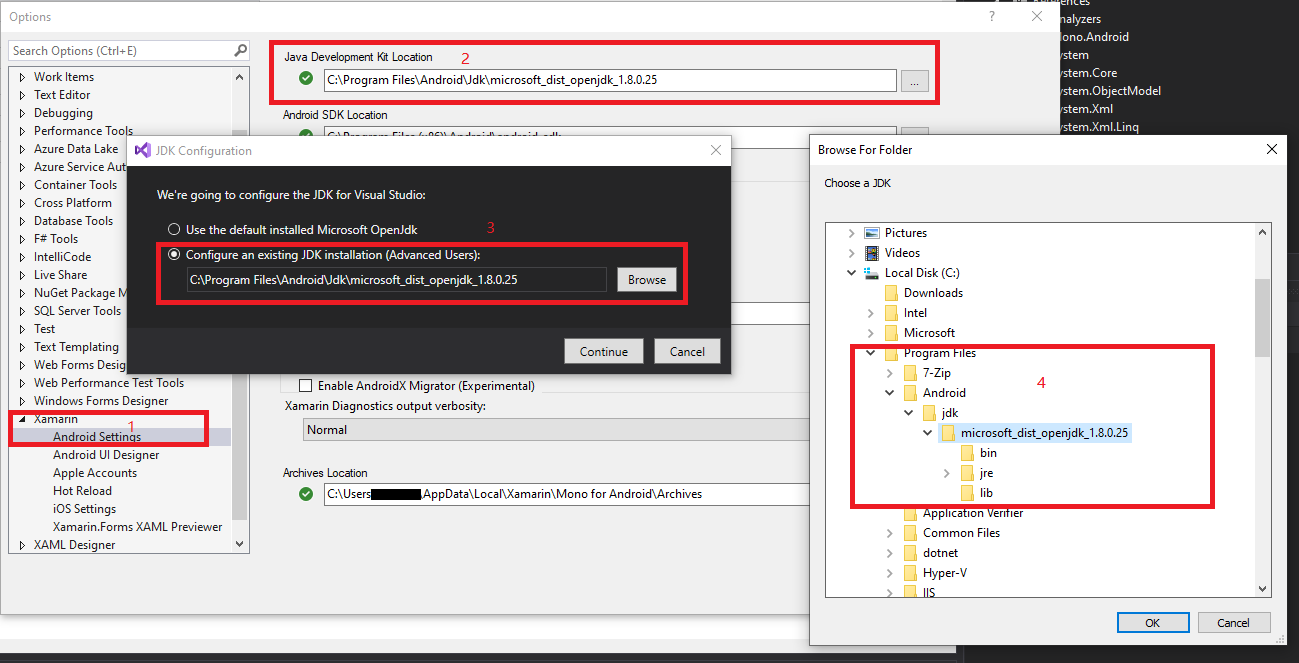 Here is a similar thread. You can refer to it.

Not the answer you're looking for? Browse other questions tagged java android xamarin xamarin.android or ask your own question.

3931
What are the differences between a HashMap and a Hashtable in Java?
7003
Is Java “pass-by-reference” or “pass-by-value”?
3524
How do I efficiently iterate over each entry in a Java Map?
4170
Avoiding NullPointerException in Java
4302
How do I read / convert an InputStream into a String in Java?
3281
When to use LinkedList over ArrayList in Java?
3707
How do I generate random integers within a specific range in Java?
4012
How do you close/hide the Android soft keyboard using Java?
3196
How do I convert a String to an int in Java?
3405
How can I create a memory leak in Java?