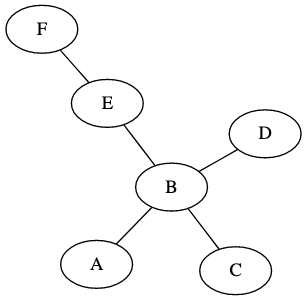 If we define the "roots" to be A and E, is there an algorithm that can determine the resulting directed acyclic graph?: 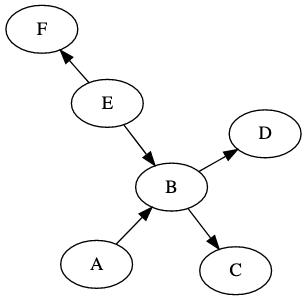 I considered trying some kind of DFS or BFS starting from the roots but I wasn't really sure how to deal with the need to "wait" to see if another root might reach the given node.

For now, let’s ignore the second constraint. An easy way to make the whole graph a DAG would be to assign an ordering 1 ... n to the nodes, then have edges always point from lower nodes to higher nodes. So the question would then be how to assign the numbers in a way that gives you the second property.

I believe you can do this by running a BFS over the graph, seeding the queue with all k of your root nodes. If you number the nodes in the order in which they’re discovered, then you’ll get a DAG (any ordering of the nodes gives a DAG). Moreover, assuming no two of the roots are adjacent to one another and that there’s at least one root in each connected component of the graph, your roots will be the only roots.

(In the event that you have two adjacent nodes that want to be roots, there’s no way to make this work, since one will have an arrow into the other.)

Overall, this runs in time O(m + n) because it’s just a BFS over the graph.

Not the answer you're looking for? Browse other questions tagged algorithm directed-acyclic-graphs directed-graph or ask your own question.