How to use shiny app as a target in drake

How to pass previous target (df) to ui and server functions that I use in the next command shinyApp. My plan looks like this:

ui and server are copied from the shiny tutorial. There's only one difference - I changed faithful to df (data in the previous target). Now I'm getting an error:

How to solve this? What's the best practice?

drake targets should return fixed data objects that can be stored with saveRDS() (or alternative kinds of files if you are using specialized formats). I recommend having a look at https://books.ropensci.org/drake/plans.html#how-to-choose-good-targets. There issues with defining a running instance of a Shiny app as a target.

Instead, I think the purpose of the app target should be to deploy to a website like https://shinyapps.io. To make the app update when df changes, be sure to mention df as a symbol in a command so that drake's static code analyzer can pick it up. Also, use file_in() to declare your Shiny app scripts as dependencies so drake automatically redeploys the app when the code changes.

Also, be sure to check the dependency graph so you know drake will run the correct targets in the correct order. 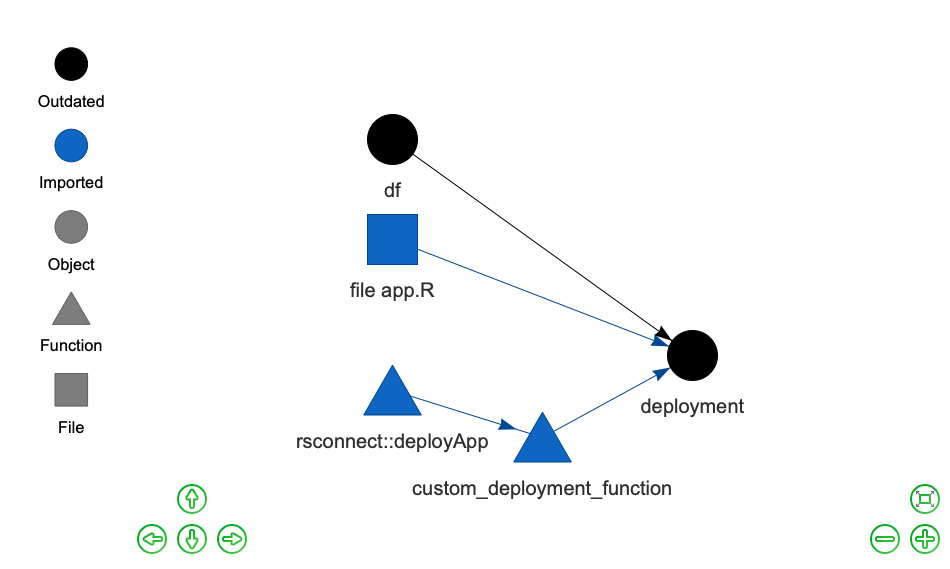 In your previous plan, the command for the app did not mention the symbol df, so drake did not know it needed to run one before the other. 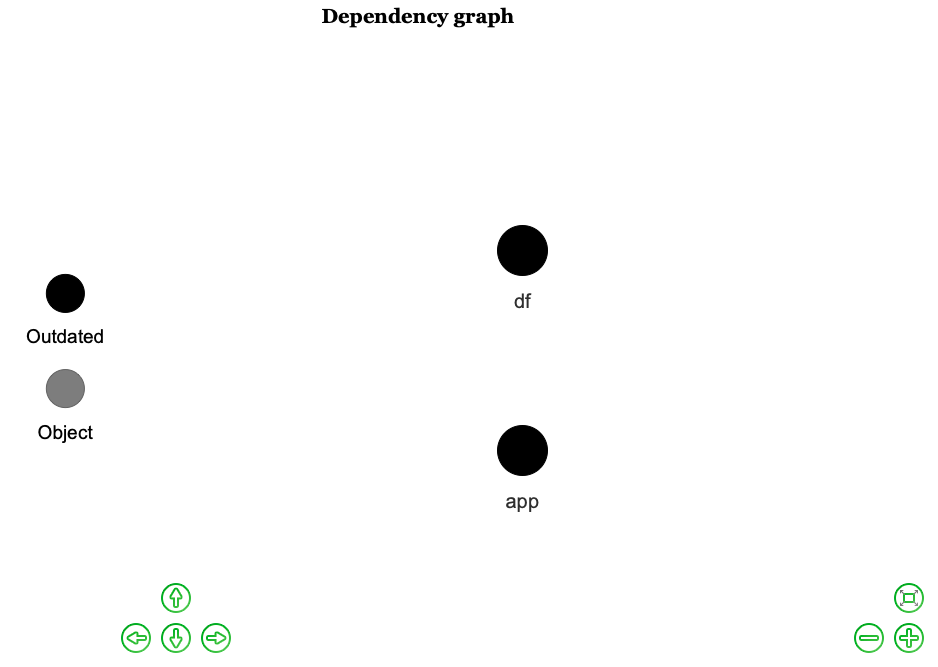 0
How to deploy shiny app to shinyapps.io from drake plan

1502
How to join (merge) data frames (inner, outer, left, right)
2468
How to make a great R reproducible example
3
object of type 'closure' is not subsettable in shiny. Working on a simple RGL plotting function
0
Display files on R Shiny using next tab
19
Error in : `data` must be a data frame, or other object coercible by `fortify()`
0
Solving "No handler registered" error for R SHINY
2
Uploading multiple files from shiny app to google drive
1
R shinyFiles : Warning: Error in [: object of type 'closure' is not subsettable [No stack trace available]