ReadVariableAction activity action in BoUML allows to choose a class and its attribute and returns the attribute through creation of output pin (see figure below and BoUML documentation): 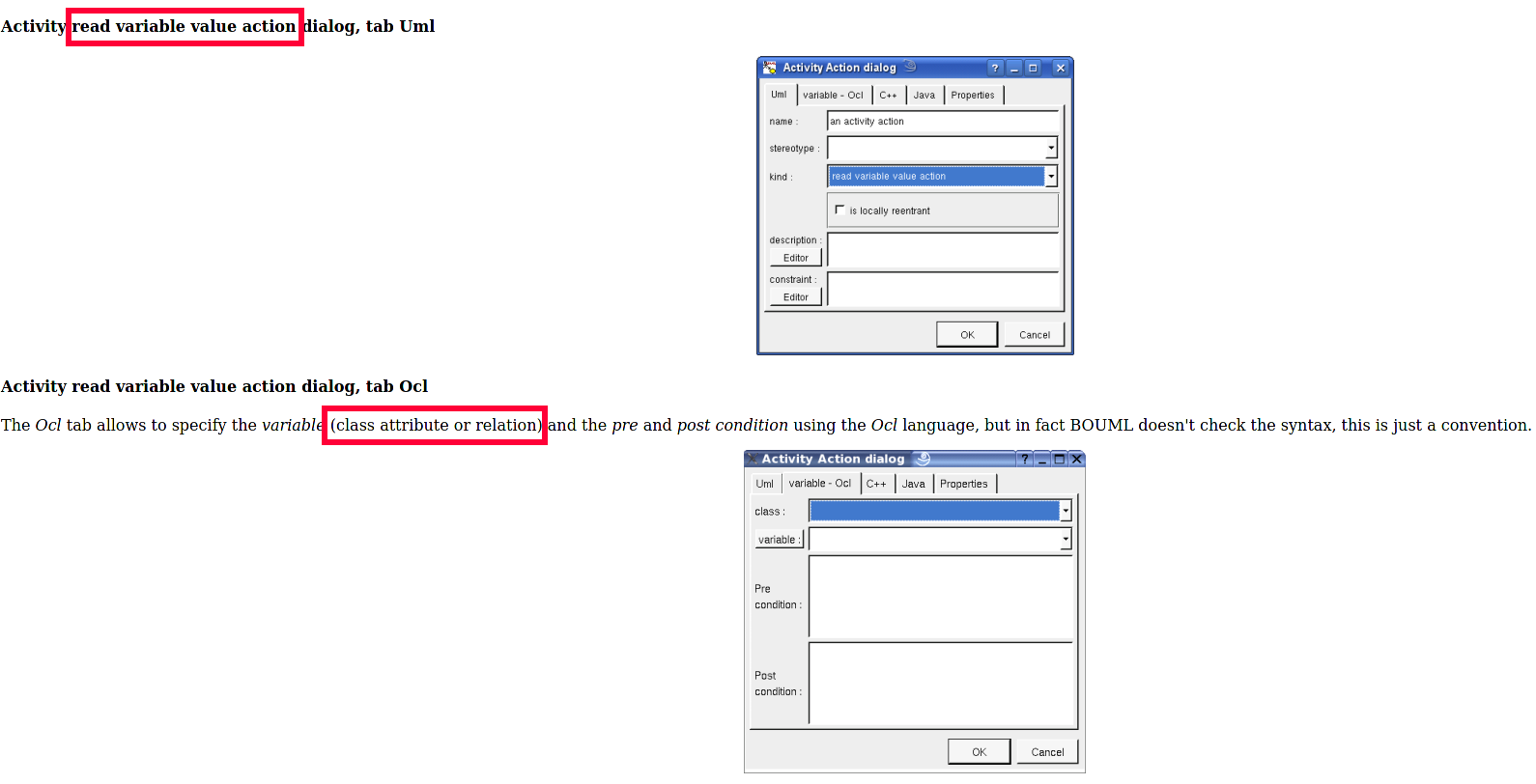 But what is the semantic of that action? What does ReadVariableAction operation actually return?

According to clause 16.9.3.1 Variable Action of The Unified Modeling Language Specification Version 2.5:

Clause 15.2.2 Abstract Syntax below says that Variable subsets ownedMember, so the variable should be identifiable by name. 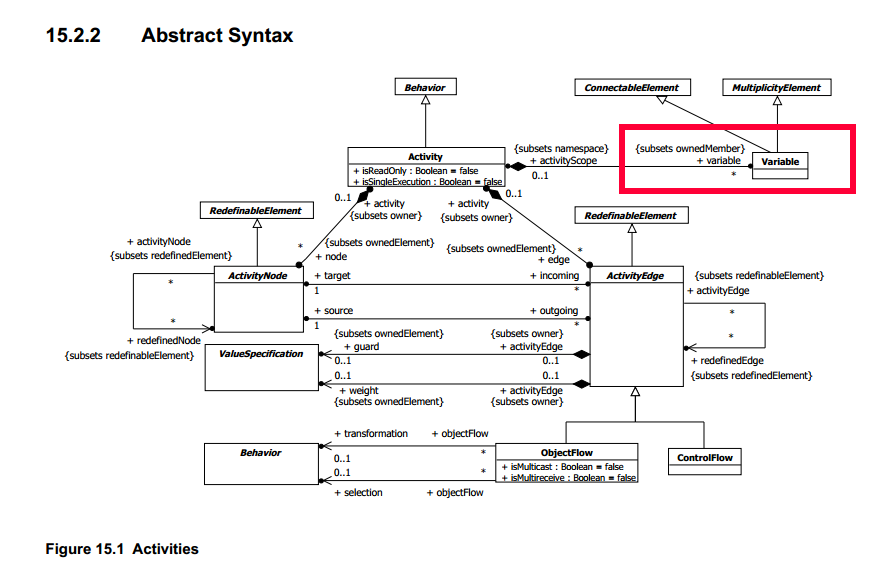 But BoUML neither allows creation of variables for an activity nor passing a name of a variable to ReadVariableAction.

It seems that I could use ReadVariableAction as shown below 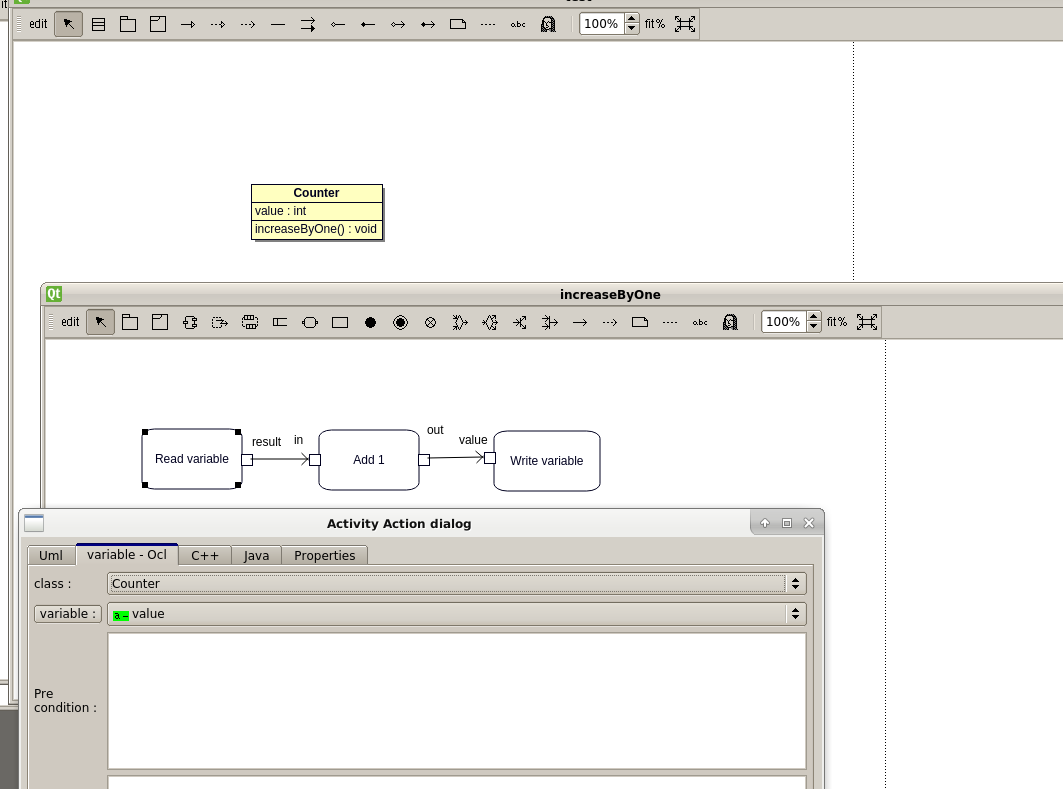 But it's wrong model from UML's point of view.

The semantic of the read/write/clear/add/remove variable actions in BoUML is ... wrong !

BoUML 7.10 is available and fix the problem

Not the answer you're looking for? Browse other questions tagged uml action or ask your own question.

85
What does the '#' symbol mean in a UML class diagram?
511
What is the difference between association, aggregation and composition?
446
What's is the difference between include and extend in use case diagram?
314
Explanation of the UML arrows
4
Action semantics and Operational semantics in UML
4
How to navigate through association class to create constraints with OCL?