How to hide 'Back' button on navigation bar on iPhone?

I added a navigation control to switch between views in my app. But some of the views shouldn't have 'Back' (the previous title) button. Any ideas about how to hide the back button?

The best way is to combine these, so it will hide the back button even if you set it up manually :

hide back button with bellow code...

Also if you have custom UINavigationBar then try bellow code

Add this to the controller

In the function viewDidLoad of the UIViewController use the code:

Add this code in your view controller

Don't forget that we have the slide to back gesture now. You probably want to remove this as well. Don't forget to enable it back again if necessary.

For me none of the above seemed to work, It had no visual effect. I am using storyboards with a view that is "embedded" in a navigation controller.

I then at code level add my menuItems and for some reason the "backButton" is visible when visually debugging the view hierarchy, and my menuItem Icon is displayed beneath the invisible "back button".

I tried the settings, as suggested at the various hook methods and that had no effect. Then I tried a more brutal approach and iterate over the subview which also had no effect.

I inspected my icon sizes and appeared to be ok. After referring to he apple Human Interface Guideline I confirmed my Icons are correct. (1 pixel smaller in my case 24px 48px 72px).

The strangest part then is the actual fix...

When adding the BarButton Item give it a title with at least one character, In my case a space character.

Hopes this helps someone.

It wasn't working for me in all cases when I set

in viewWillAppear or ViewDidLoad, but worked perfectly when I set it in init of the viewController.

try this one - self.navigationController?.navigationItem.hidesBackButton = true

if you use this code block inside didLoad or loadView worked but not worked perfectly.İf you look carefully you can see back button is hiding when your view load.Look's weird.

What is the perfect solution? 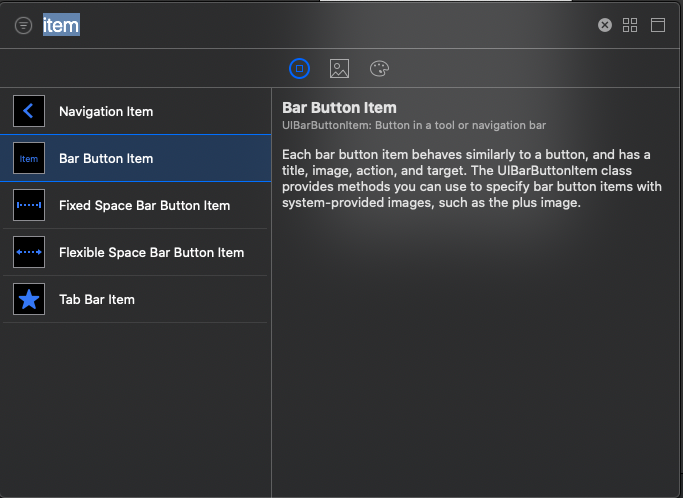 Not the answer you're looking for? Browse other questions tagged ios objective-c iphone navigation uinavigationcontroller or ask your own question.