What is the point of multinomial vs argmax evaluation of accuracy?

What is the purpose of evaluating prediction accuracy using multinomial instead of the straight up argmax?

Reading the pytorch docs it looks like multinomial is sampling according to some distribution - just not sure how that is relevant in assessing accuracy.

I've noticed that the multinomial is non-deterministic - meaning that it is outputting a different accuracy, presumably by including different samples, each time it runs.

From the Wikipedia example,

Note: Since we’re assuming that the voting population is large, it is reasonable and permissible to think of the probabilities as unchanging once a voter is selected for the sample. Technically speaking this is sampling without replacement, so the correct distribution is the multivariate hypergeometric distribution, but the distributions converge as the population grows large.

If we look closely, we're doing the same, sampling without replacement.

A multinomial experiment is a statistical experiment and it consists of n repeated trials. Each trial has a discrete number of possible outcomes. On any given trial, the probability that a particular outcome will occur is constant (that was the initial assumption). 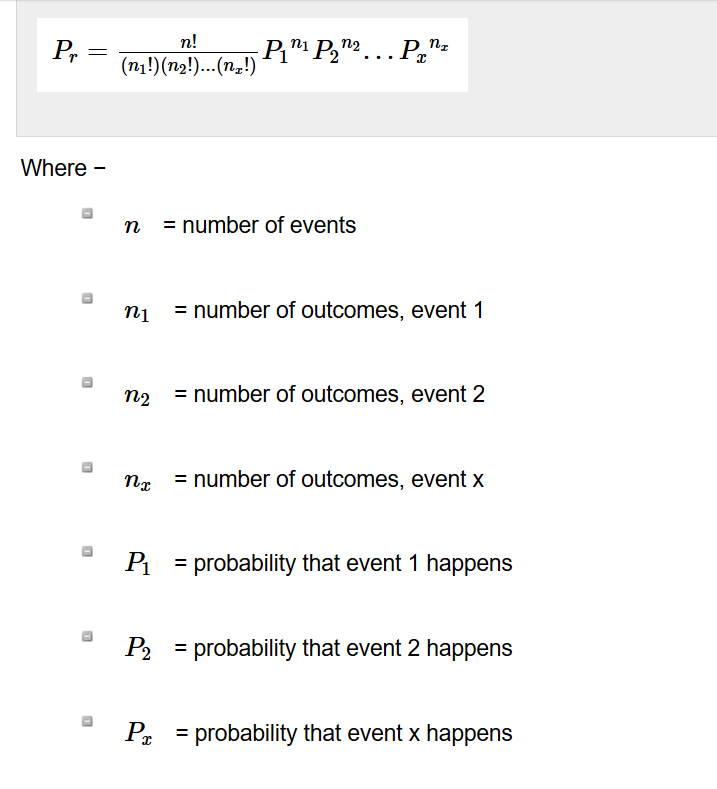 So, the voting count can be simulated with the probabilities. Classification from soft outputs is a similar voting process.

If we repeat the experiment enough times, we'll reach as close as the actual probability.

We can repeat the experiment n times and count how many times an index was selected by torch.multinomial.

But, this is avoided in model evaluation since it's not deterministic and requires a random generator to simulate the experiment. This is particularly useful for monte-carlo simulations, prior-posterior calculation. I have seen a graph classification example, where such evaluation was used. But I think it's not common and (even useful) in most classification tasks in machine learning.

Not the answer you're looking for? Browse other questions tagged machine-learning deep-learning pytorch or ask your own question.

632
What is the difference between a generative and a discriminative algorithm?
2
Is it a good practice to use your full data set for predictions?
3
find a subset of predictions which maximize the number of correct majority decision
1
RRF model is giving NA for test set
2
How to estimate the accuracy on a large dataset?
0
Training works but prediction produces constant values (cnn with pytorch)
1
calculating accuracy for Monte carlo Dropout on pytorch
1
PyTotch CIFAR-10 vs Kaggle CIFAR-10 : Totally different result for exactly same architecture on CIFAR-10